Protesters gather outside Capitol on Wednesday 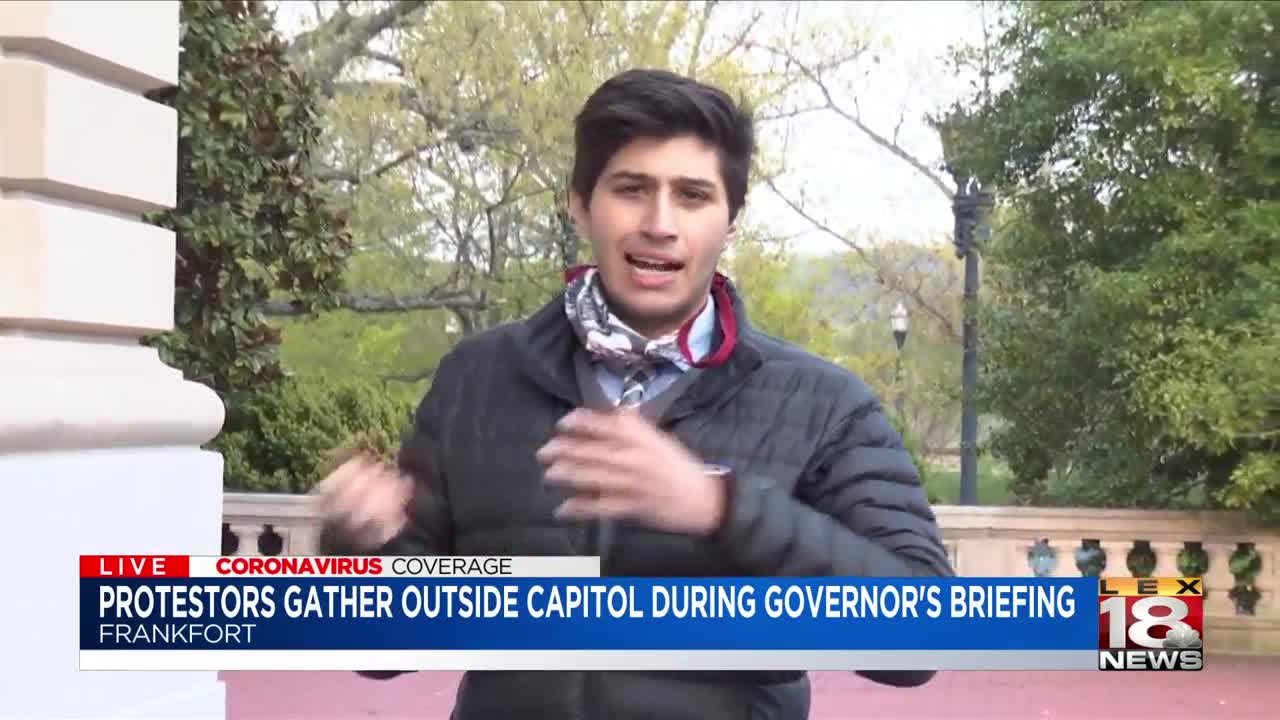 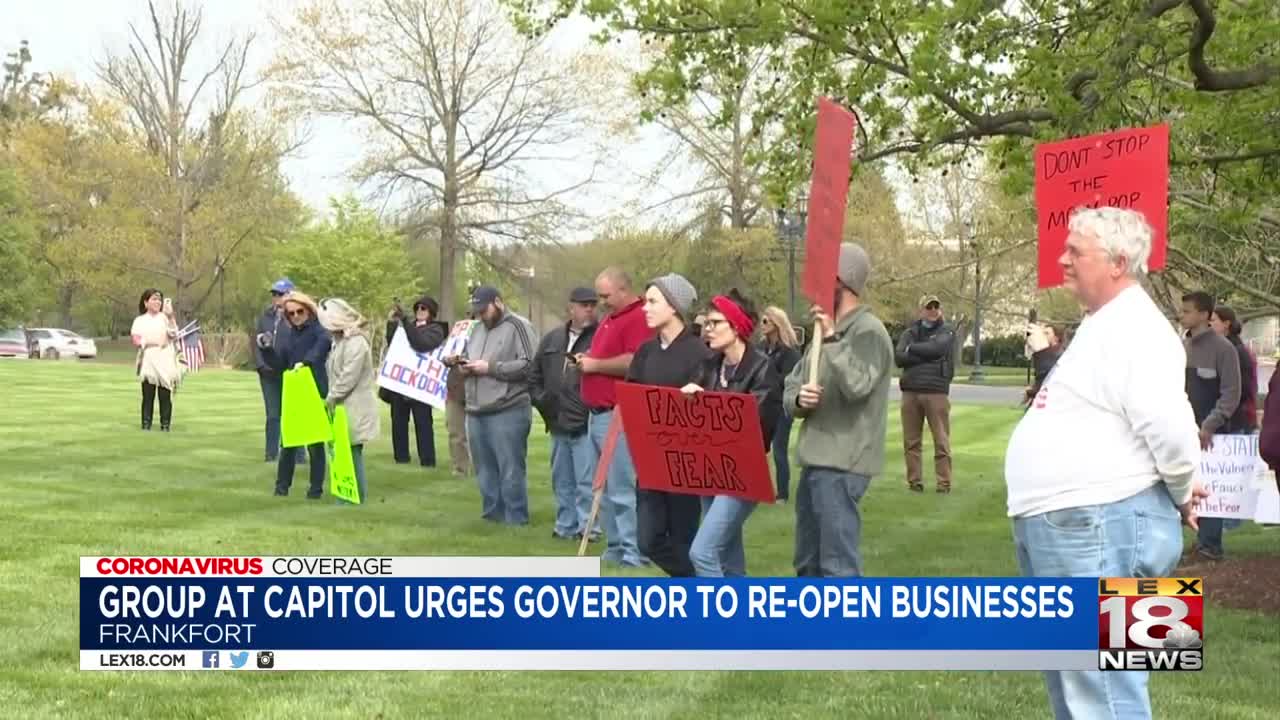 FRANKFORT, Ky. (LEX 18) — Before Gov. Andy Beshear's daily press conference on Wednesday, a group of protesters gathered outside the Capitol. It is believed the protesters were urging Beshear to get Kentucky back to business soon.

The protesters carried signs with statements such as "Flatten the fear" and "Fire Fauci" written on them.

It’s 4:15 PM outside the Capitol. Dozens of people have gathered for a protest on the last day of the session. They, like many lawmakers, are urging Governor Beshear to “re-open” the economy soon. I see several signs including “Flatten the Fear” and “Fire Fauci.” @LEX18News pic.twitter.com/0sHmrMRYno

Many of the protesters wore masks and remained six feet apart. However, others stood closer in groups.

Some of the quotes from protesters include "If King Beshear really wanted to save lives, he would shut down the abortion clinics" and "They have no idea if social distancing works."

Some of these speakers are saying things that are just patently false. One of the latest ones: “they have no idea if social distancing works.” Fact check: It does. @LEX18News pic.twitter.com/P4ZLbTaIDc