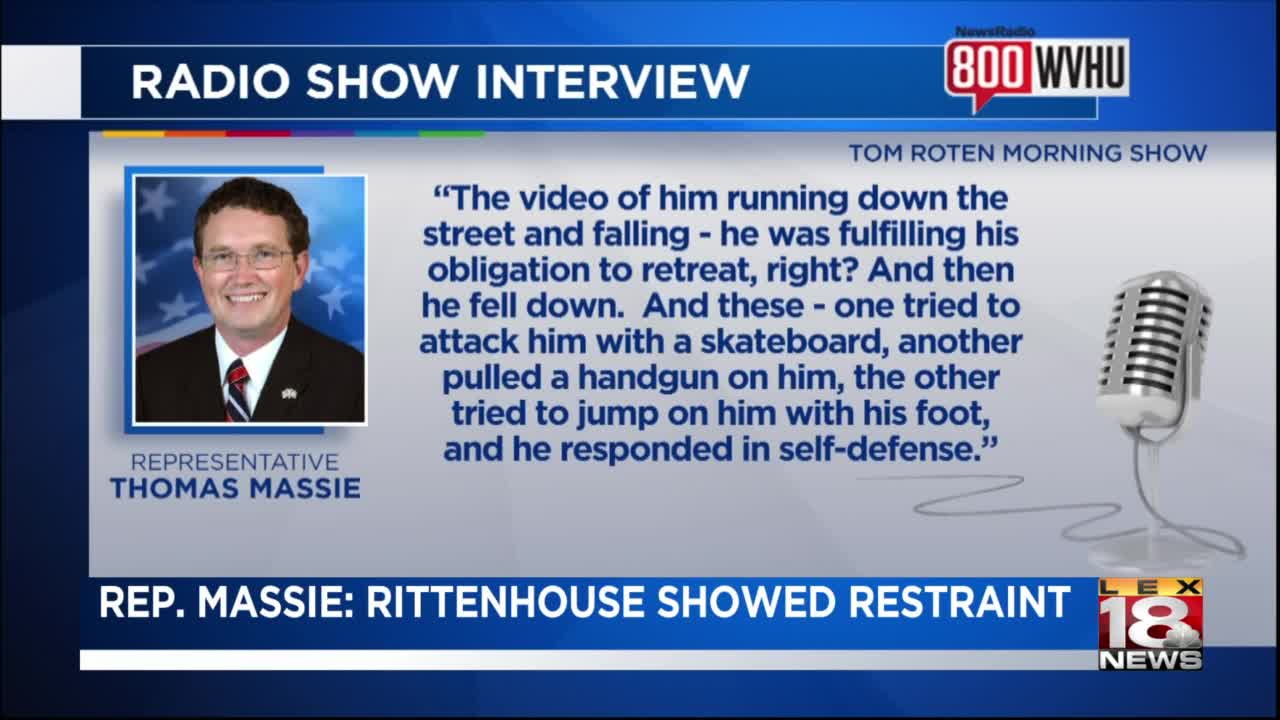 In a radio interview with WVHU in Huntington, West Virginia, Massie said Rittenhouse acted in self-defense.

"The video of him running down the street and falling - he was fulfilling his obligation to retreat, right," said Massie. "And then he fell down. And these - one tried to attack him with a skateboard, another pulled a handgun on him, the other tried to jump on him with his foot, and he responded in self-defense."

Massie said based on video evidence, he would not convict Rittenhouse if he were on a jury. He also believes the teen showed self-control.

"He also exhibited incredible restraint and presence and situational awareness," said Massie. "He didn't empty a magazine into a crowd."

The Kentucky Democratic Party quickly called Massie's comments "unbelievable" on twitter. Alexandra Owensby, who is currently running against Massie in the November election, tweeted that Massie's comments are "dangerous & encouraging youth to be vigilantes & mass murderers."

This is absolutely sickening! Kyle was a 17 yr old boy who should have been home, not roaming the streets with an AR-15! Als, running away after you kill someone is NOT 'retreating.'