Rep. Robert Goforth re-elected despite being charged with strangulation 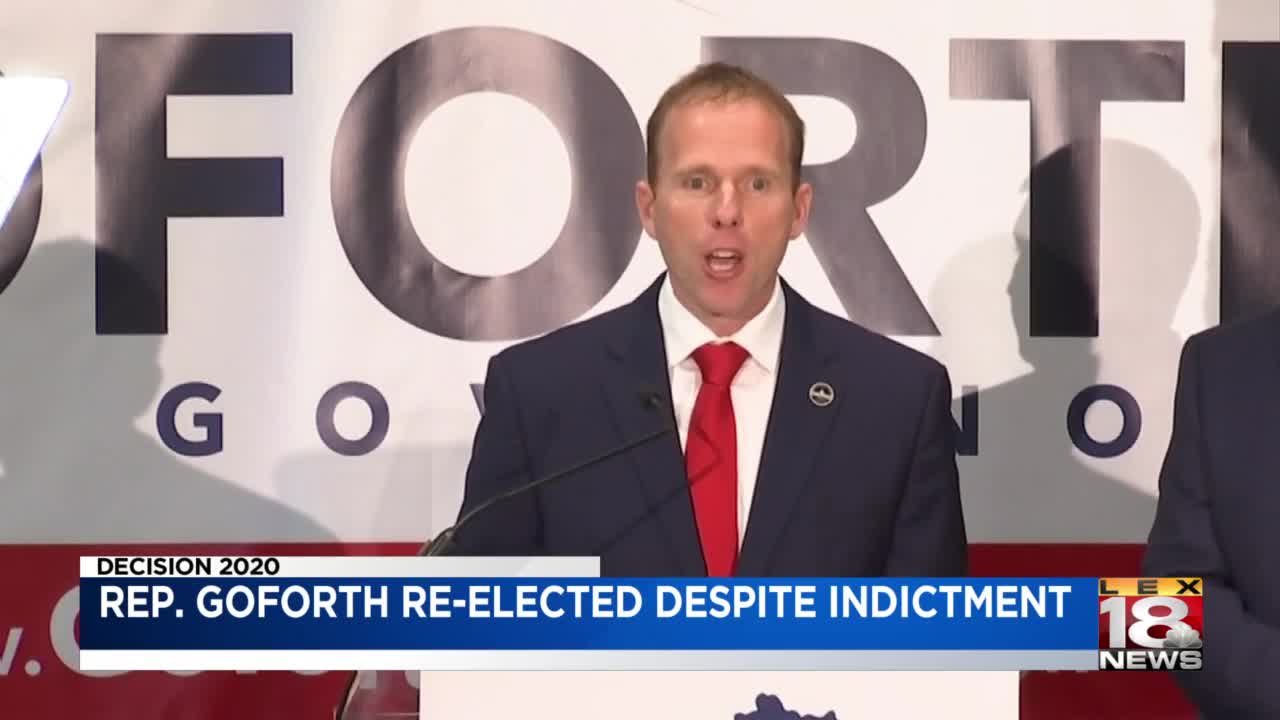 Goforth was first elected to the Kentucky House of Representatives in 2018, representing the 89th District, which covers part of Madison, Laurel and Jackson Counties.

Goforth won his seat despite facing several legal battles, including being indicted by a grand jury in September. He has now been charged with strangulation, assault, and terroristic threatening.

It all stems from an incident in April when Goforth allegedly attacked his wife at their Laurel County home. Police say Goforth tried to hog-tie his wife and threatened to kill her over a cell phone dispute, their three small children were reportedly in the house at the time.

LEX 18 spoke to Emily LaDouceur who is a former City Council Member for Berea. She says she's disappointed by Goforth's win because of his charges.

"I, myself, am a survivor of domestic abuse and for me, it was one big slap in the face. I think for victims it makes it even harder to speak out at this point, because who is going to listen?"

Goforth has pled not guilty to the charges against him. LEX18 also reached out to Goforth for a comment but he has not responded.