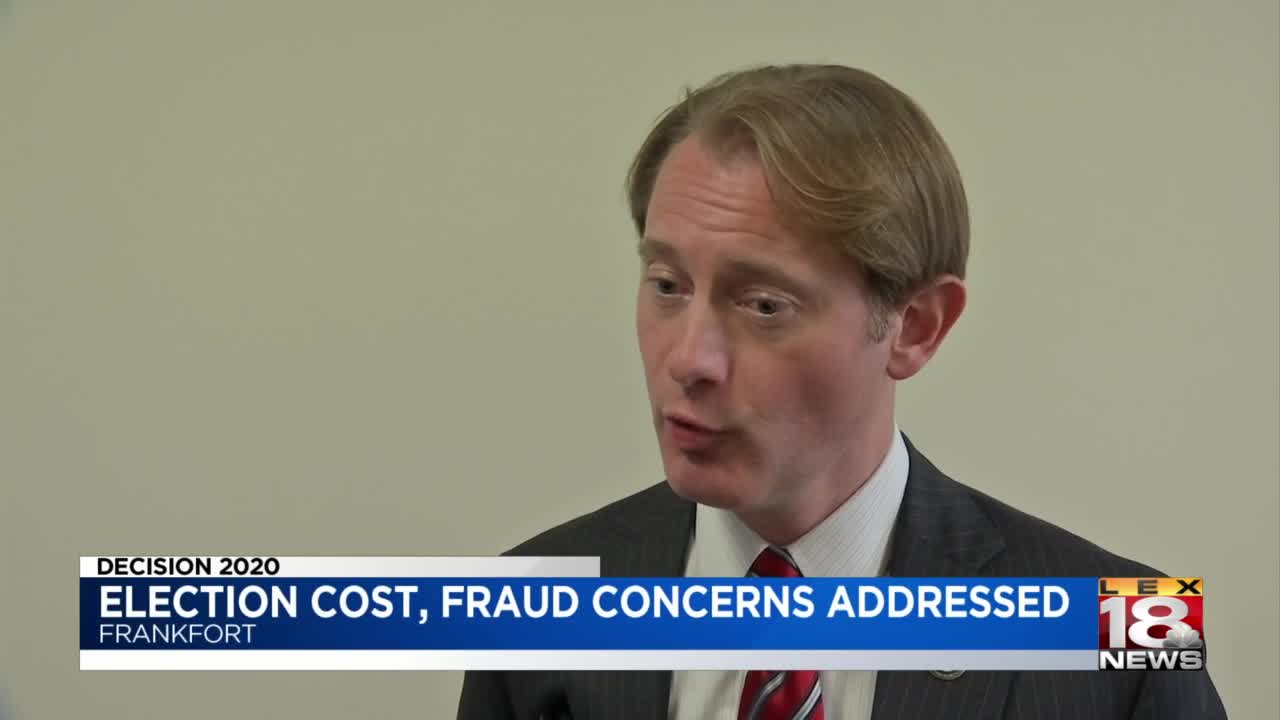 FRANKFORT, Ky. (LEX 18) — Kentucky voters can choose whether they want to vote absentee by mail, early in-person, or in-person on Election Day in the upcoming General Election. Those choices have left state lawmakers with questions about the price tag of the election and voter fraud concerns.

Secretary of State Michael Adams addressed these issues before the Interim Joint Committee on Appropriations & Revenue on Wednesday.

He explained that the election is going to cost about $20 million - double what a normal one would.

The extra expenses break down to:

Adams explained that there are federal funds leftover from the Primary that will cover some of this cost. He said Gov. Andy Beshear promised to find a way to cover the rest.

"We're about $5 million shy," said Adams. "The governor has promised he will take whatever acts he needs to take to ensure we have a successful election, including providing emergency funding."

"I know that’s a lot of money, especially right now, but I believe that’s a bargain for a successful presidential election held during a pandemic," said Adams.

Another issue several lawmakers brought up is concern about voter fraud. They specifically wanted to know how Kentucky was going to prevent people from voting twice.

Adams reassured them it's not possible to do that in Kentucky.

"We have systems in place to catch you if you try," said Adams. "If you request an absentee ballot, you're already taken off the rolls to be able to vote in-person. We do these things in real-time - electronically, we keep a record of everything voter does voting or asking for a ballot. So, we have controls in place to ensure that we don't have corruption, including double voting."

Adams said there was an example of the system catching this in the Primary.

"We had an instance in Daviess County. It apparently was an innocent mistake - that's what the Grand Jury found - but we had an individual who mailed in an absentee ballot and also showed up to vote in-person. Well, the system caught that," said Adams. "That individual's absentee ballot was spoiled because the individual voted in-person. We know in real-time and the reason we can do it because of the e-poll books. We have instantaneous recording of any time a ballot is received through any of these formats. So, it's just not feasible to go vote in one place and then go vote in some other place."

Voter fraud is a Class D felony in Kentucky. Adams reassured lawmakers that if people attempted to cheat the system, they would be caught and they would face consequences.