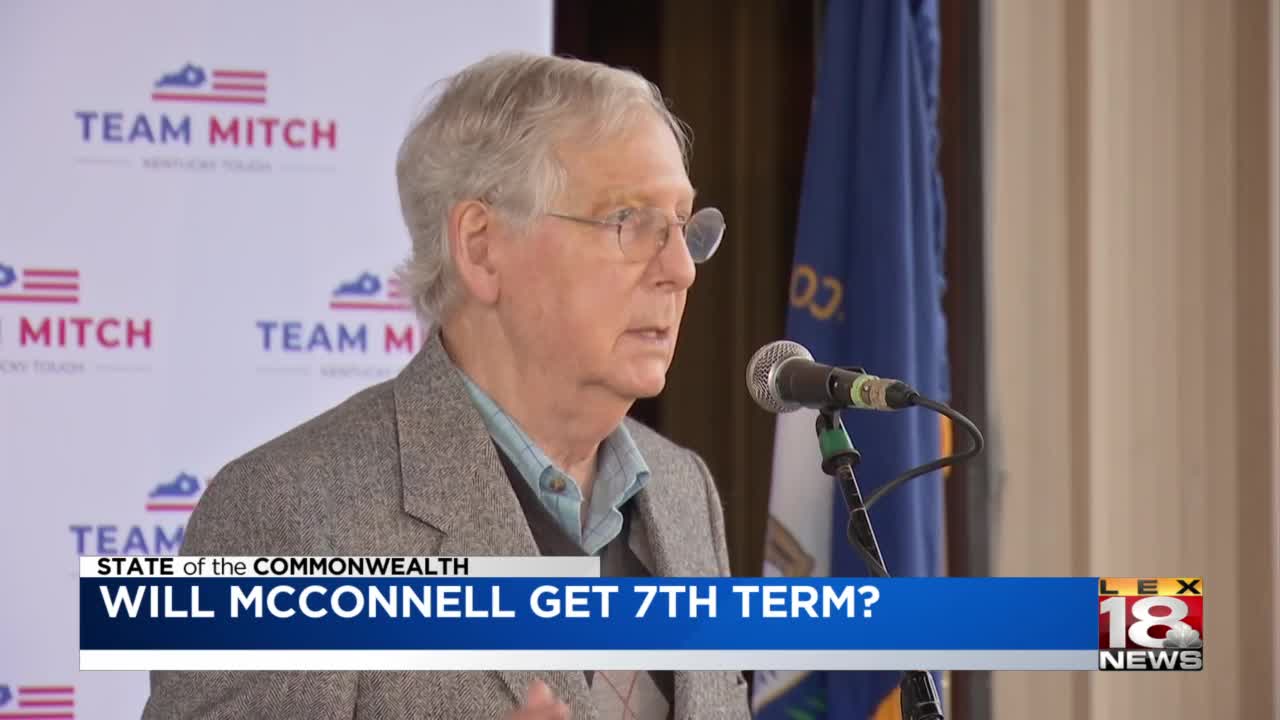 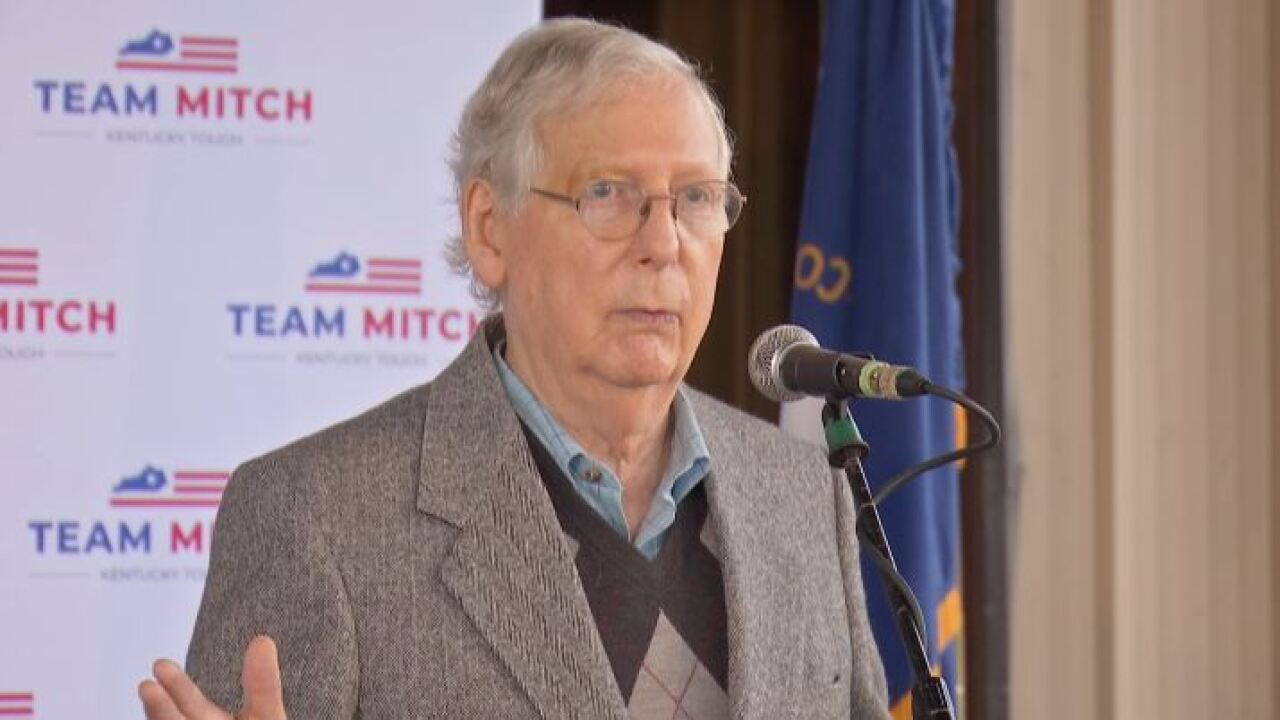 Huddleston was the first of six Democratic opponents he's defeated, and on Tuesday, he's hoping to change that number to seven.

With a new Supreme Court Justice on the bench, McConnell's big talking point is about judges.

He's made it clear that filling judicial positions is the way he's going to change the country, because unlike laws that can be changed rather quickly, judicial appointments last a long time. So he has put many conservatives on the bench."So here we are at the end of this four year period. Three Supreme Court justices, 53 circuit court judges - one below the Supreme Court - not a single vacancy in a circuit court in America," said McConnell.At every stop on the campaign trail, he reminds Kentuckians that this is possible because of his leadership role.

"One of the great advantages of being the Majority Leader is I get to decide in what order we do things, and amazingly enough, every time we had a judge, they came up first," said McConnell.While this is something his critics use to attack him with, this is all part of his pitch to voters. He's selling them on the fact that he has influence in Washington."What would happen if my opponent were elected? Her first vote in the Senate would be to make Chuck Schumer from New York the majority leader of the Senate, transferring that power from Kentucky to New York," said McConnell.His opponent this time is Democrat Amy McGrath, and she has raised a lot of cash, making her competitive on the money front.

But McConnell currently leads in the polls, and he says he feels good going into Election Night."I'm confident that I'm going to be successful," said McConnell.He says that confidence comes from faith in the things he's presented to Kentucky.

However, critics say that case lacks a second coronavirus aid bill. But McConnell blames the Democrats for that."Hopefully, when the election is over, we'll be able to achieve the type of bi-partisanship we did back in the spring," said McConnell.