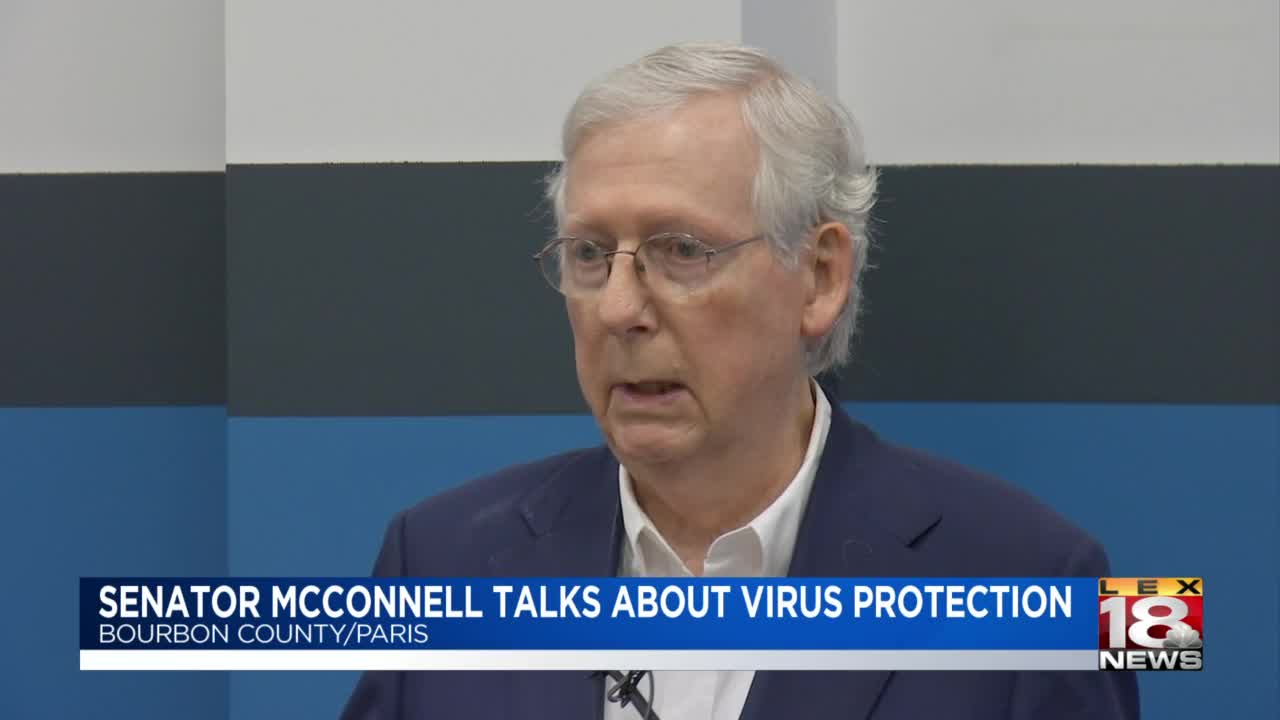 BOURBON COUNTY, Ky. (LEX 18) — As the White House deals with a coronavirus outbreak, Senator Mitch McConnell revealed that he hasn't been there in more than two months. McConnell said the White House and the Senate are approaching virus protection differently.

"I haven't been in the White House since August 6 and I personally didn't feel that they were approaching protection from this illness in the same way I thought was appropriate for the Senate," Senator McConnell said in Bourbon County on Thursday. "And I think the Senate has been operating in a way that I think has largely prevented contraction of this disease."

Earlier this week, President Donald Trump also stopped negotiations on a second comprehensive coronavirus relief bill, saying that deal needs to be paused until after the election. However, he later said he wants Congress back at the bargaining table for stand alone coronavirus bills.

Senator McConnell talked about the need for more coronavirus aid, but he said he is not sure when it will get done. However, he said talks are still happening.

"We're still engaging and hoping we can find a way forward," Senator McConnell said. "At some point we're going to have to find a way forward because I do think there is a bipartisan agreement that we need another package, but the amount of money is not irrelevant."