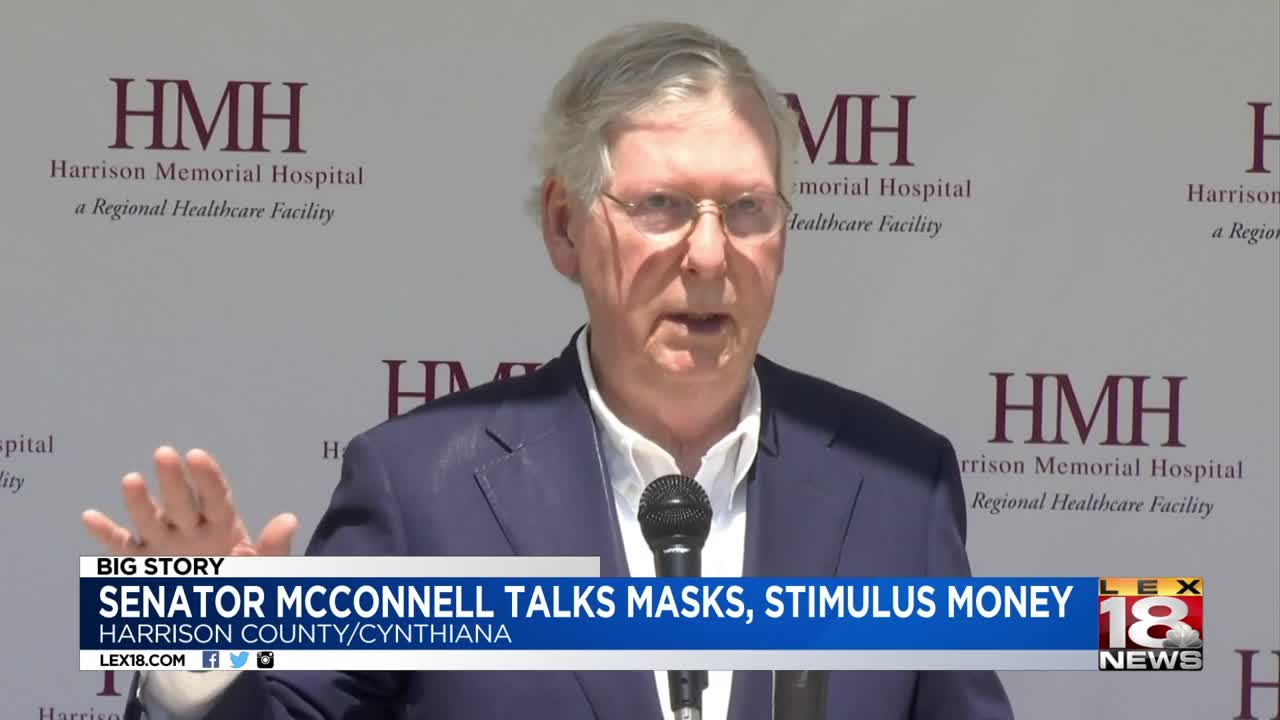 "I'm not involved in the issue of whether the governor does or doesn't have the authority to make us do it. Put that aside, we ought to do it," McConnell said.

Senator McConnell visited Harrison Memorial Hospital, which had Kentucky's first COVID-19 case, and subsequently benefited from $11 million in CARES Act loans to remain above water when it need to most during the pandemic.

"Hospitals like this were stuck without elective surgery," McConnell noted.

That was a struggle. Millions of Americans are still out of work and in need of help. Senator McConnell addressed the items he'll need in the HEROES Act - the second stimulus package recently passed by congress.

"Kids in school, jobs and healthcare are likely to be the focus of the bill I'll be laying out probably next week," McConnell said.

The Senate Majority Leader has heard a vaccine could be on the way, possibly in time for Christmas. But between now and then, he said it is on us.

"Each of us as individuals need to take responsibility for doing something that is not complicated," McConnell said of wearing a mask.