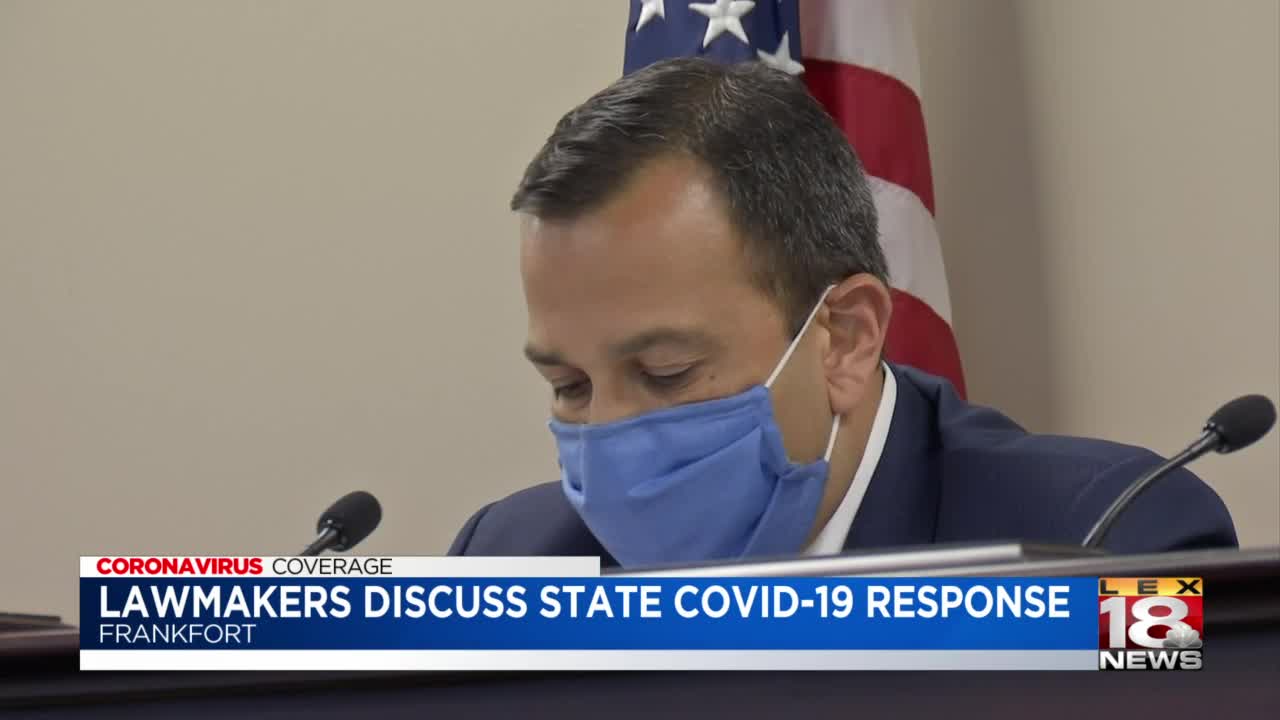 FRANKFORT, Ky. (LEX 18) — Some Kentucky lawmakers expressed frustration with the Beshear Administration over COVID-19 related emergency orders and a lack of communication. It happened during Wednesday's meeting of the Interim Joint Committee on Health, Welfare and Family Services.

The committee's co-chair, Senator Ralph Alvarado, started the meeting off by making it clear he was irritated that Kentucky's Public Health Commissioner, Dr. Steven Stack, was not there.

"Where is Dr. Stack is my question, I suppose," said Alvarado. "Is he planning on coming before the committee to discuss some of these things or not?"

Instead of Dr. Stack, Deputy Commissioner Tricia Okeson represented the Department for Public Health at the meeting. But Alvarado was disappointed that Dr. Stack had not attended.

"I think it's important to put this out publicly because I'm a little disappointed in my friend. Dr. Stack and I have known each other and worked together for 15 years at St. Joseph East Hospital in Lexington," said Alvarado. "He and I have worked on medical policy with the KMA, he's even testified in support of my bills here in our committee rooms, and aside from Dr. Stack sitting through one cabinet zoom meeting with Chairwoman Moser and myself, I've had zero communication with Dr. Stack - I've sent him numerous emails and texts - and that means zero communication."

Alvarado criticized the entire Beshear Administration for not maintaining a working relationship with lawmakers.

"I suppose this has become the hallmark of the new tone in this administration, and that tone is a dial tone," said Alvarado. "I want to make sure that people understand out there that we're not getting any information, including from a very good friend."

"This regulation imposes fines on individuals. It actually also references civil and criminal penalties, and I'm concerned about due process. Because if I get a speeding ticket, I know I go before a judge to argue these things. And in this situation, there's no way for an individual to defend themselves or have any (due) process. They don't know what to do. Do they go before the Court? Do they go before the Cabinet? Is it a requirement for people to divulge private medical information?" asked Alvarado. "Several concerns in that regard."

Alvarado clarified that most lawmakers agree with the mask policy. His problem is the process by which the policy was enacted. He believes Gov. Beshear should have included lawmakers instead of using an executive order.

"This is improperly done," said Alvarado. "Again, I know we're kind of doing a cowboy process here with the administration not involving other people, and doing this on your own. And I think most of us agree; we should be wearing masks. We want to see it, and we have the authority to put that out there that's going to help this stuff get done."

Eric Friedlander, the Secretary of the Cabinet for Health and Family Services, represented the Beshear Administration during the discussion on the mask policy. He told lawmakers that the administration is simply following guidance from the White House.

"Dr. Birx, representing the Trump Administration, was here on Sunday and had a very direct conversation with us. She did not mince any words. She said if you can look at the south of us - Florida, Georgia, South Carolina - and you follow the interstate up the country, you can see and watch the spread of the virus almost going along the interstate lines. She came here to Kentucky to give us a warning, and that warning was - you are at the phase where you are starting to see an increase in positivity rate, you are starting to see the impacts of an increase in infection and community spread within your state," said Friedlander. "And the time to act is now."

"One was wearing masks. Another was limit social gatherings to ten or fewer," said Friedlander. "She also recommended that we close bars for two weeks and that we reduce the capacity of restaurants to 25%."