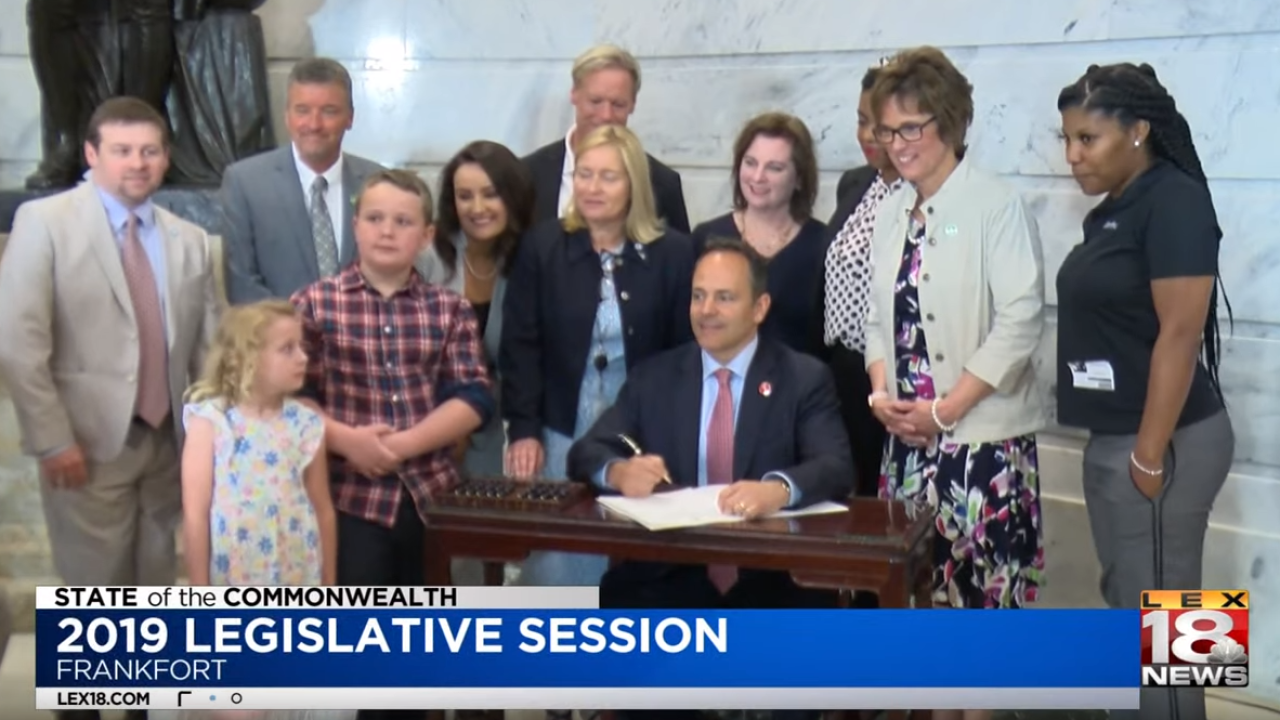 FRANKFORT, Ky. (LEX 18) — Since Gov. Matt Bevin took office in 2015, an abortion clinic in Lexington closed, leaving only one in the state.

He has signed several abortion-restricting bills into law, and this past session, the Republican-controlled House and Senate approved four more.

Senate Bill 50 requires doctors to report medically induced abortions to the state, and for doctors to tell patients that the procedure could be reversed. That was signed into law and is in effect.

House Bill 148 is called a trigger bill, and would ban abortions if the US Supreme Court overturns Roe v. Wade.

HB 5 and SB 9 were signed by Bevin, but the American Civil Liberties Union filed lawsuits. Those laws have been blocked from enforcement while litigation continues.

On Thursday, the ACLU asked the US Supreme Court to overturn a decision by the Sixth Circuit Court of Appeals, which is upholding the Kentucky law that requires doctors to perform an ultrasound, and show it to the patient prior to an abortion.