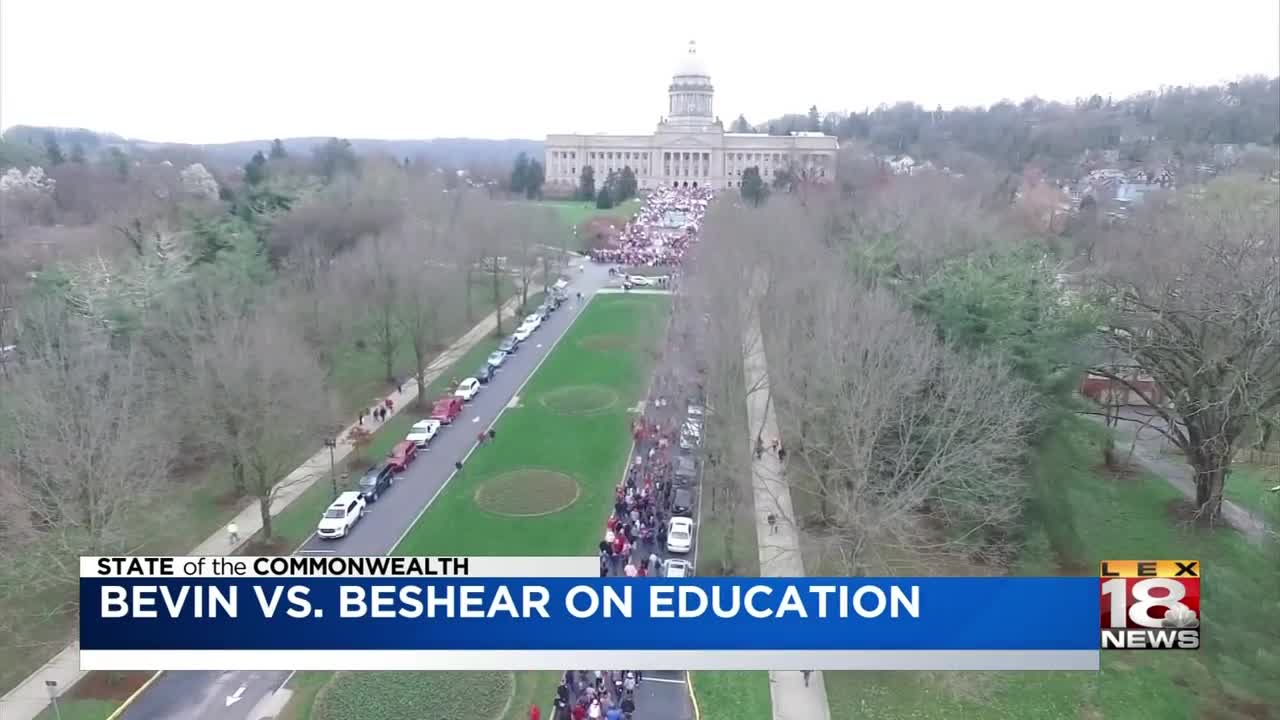 FRANKFORT, Ky. (LEX 18) — When hundreds of teachers began packing the Capitol for those pension protests, Attorney General Andy Beshear showed up with a megaphone to support them.

Ever since announcing he would challenge incumbent Gov. Matt Bevin for the state's highest office, Beshear has painted himself as an ally for state educators and Bevin as a bully.

It is a narrative that Bevin has pushed back against.

Beshear has repeatedly said public education was going to be one of his top priorities. To support that platform, he points to his record as attorney general even picked a teacher, Jacqueline Coleman, as his running mate.

Beshear has accused Bevin of insulting and bullying educations and called him the most dangerous threat to public education.

Bevin is usually quick to respond to attacks from Beshear.

"It's a scare tactic put out by Andy Beshear trying to scare people into believing schools are being shut down," said Bevin.

Bevin claimed he is the first governor to put 100 percent of lottery money into education and the first to fully fund the pension system.

Bevin also supports a tax break for private school donations and charter schools, giving parents more choices on where to send their kids. Beshear said that plan would funnel money away from public schools.

In September, Beshear announced his "Stop the Bullying, Raise the Pay" campaign, which includes a $2,000 pay raise across the board for Kentucky teachers.

Critics question where the money would come from and the Bevin campaign responded and said, in part, "More unfunded campaign promises from a career politician."