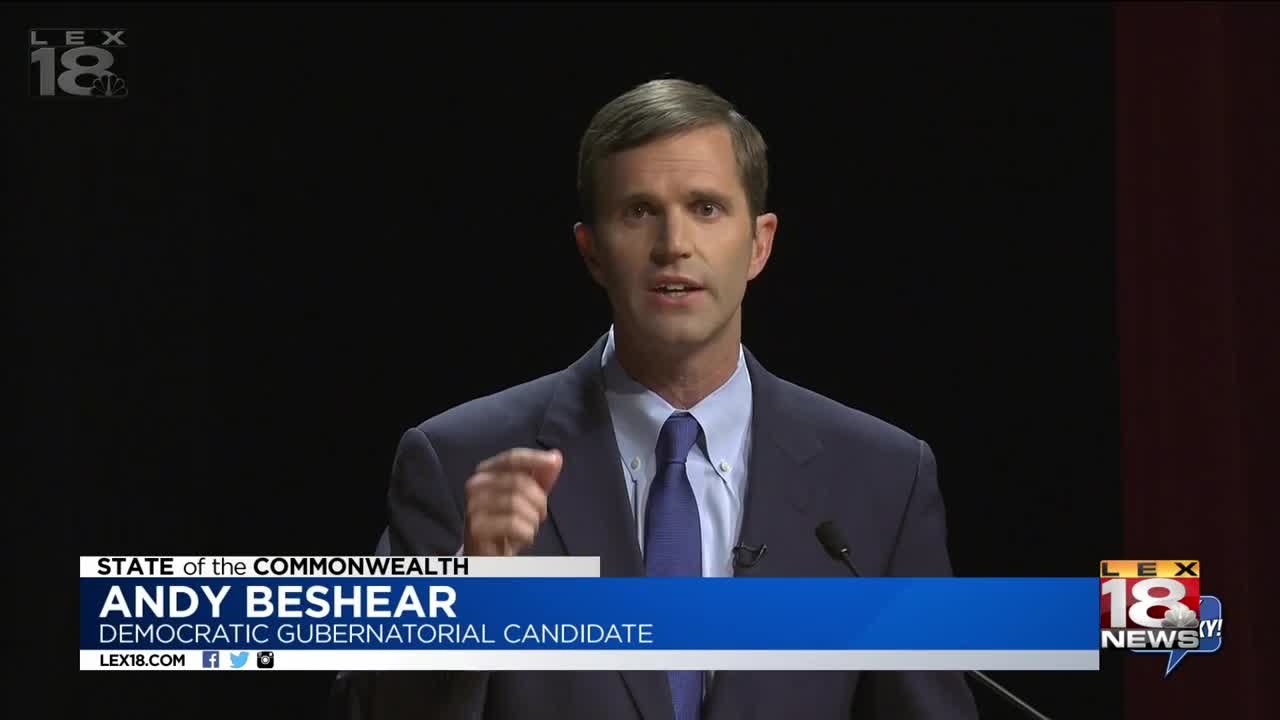 (LEX 18) — While Gov. Matt Bevin has President Donald Trump in his corner, Attorney General Andy Beshear is looking to his fellow Kentucky Democrats for help.

Beshear's father, two-term Gov. Steve Beshear, has stumped for him. Primary opponents Adam Edelen and Rocky Adkins, who is very popular in eastern Kentucky, have joined Beshear on the trail.

Beshear wants you to know that he is a fighter.

But first, Beshear needs to win the biggest political fight of his career. He is attempting to unseat a Republican governor in a state that overwhelmingly supported Trump in 2016.

That is why he repeatedly uses a certain phrase when asked about national policy.

"This election is for governor, is not about who's in the White House," said Beshear. "It's about what's going on in your house."

Inside your house, Beshear said that he's worried most about those kitchen table issues.

"Pensions, public education, jobs and health care," Beshear said. "And on every single one of them, Matt Bevin is wrong."

He names four issues, but there's no question Beshear has prioritized education in his year-plus campaign. Beshear calls Bevin the biggest threat to public education the state has ever seen.

"When the Beshear/Coleman ticket wins, the war on public education will end immediately," said Beshear.

In the battlefield for governor, Beshear portrays Bevin as the great divider.

"What you have seen every day of his administration is try to create an 'us' versus 'them'," said Beshear.

While the Democratic hopeful promotes himself as the great uniter, he's even picking up endorsements from longtime Republican State Senator Dan Seum and one of Bevin's primary opponents, William Woods.