'SOTC': Bevin vs. Beshear on abortion 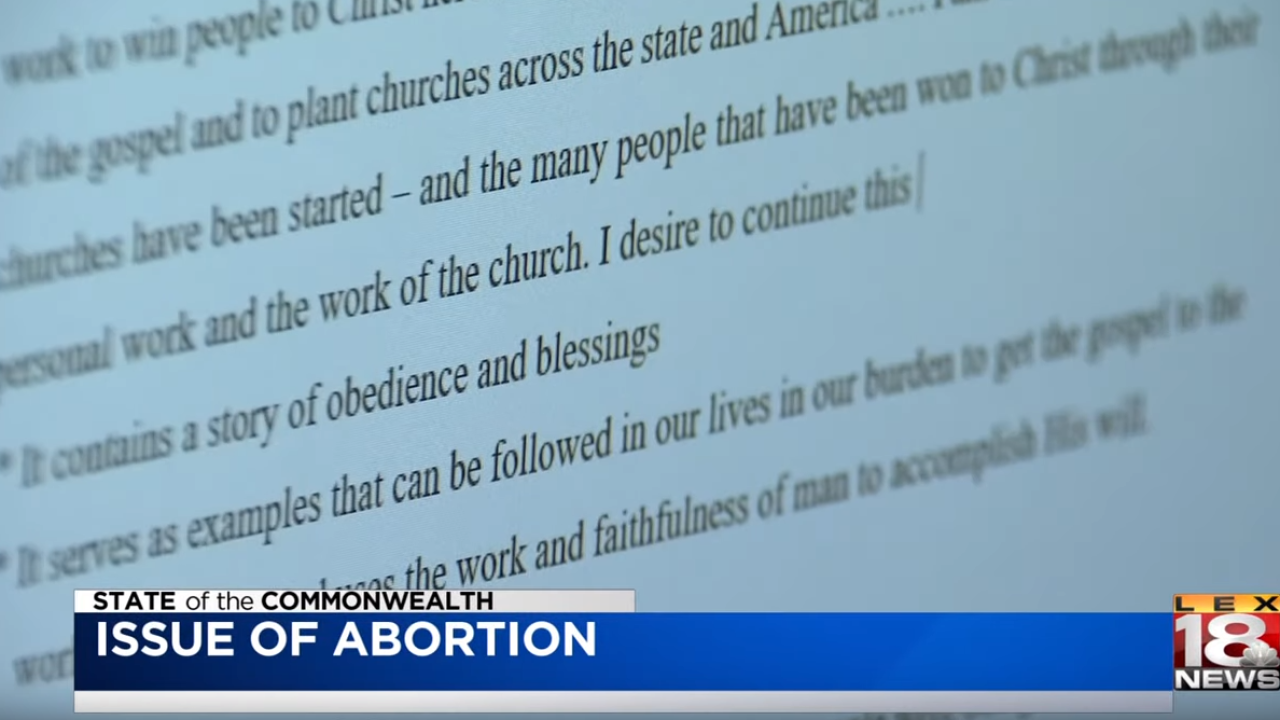 FRANKFORT, Ky. (LEX 18) — Abortion has become a hot-button issue in this upcoming election.

In just the past couple of months, Bevin has criticized Beshear for taking "blood money" from donors linked to Kentucky's only abortion clinic.

"They are using monies that they have earned from killing Kentuckians to fund a guy whose job is to defend the laws of this state, but refuses to do so," said Bevin.

One of Beshear's first ads demonstrated his Baptist upbringing and family values. Bevin criticized the ad in a video he uploaded to social media.

A group of religious leaders even wrote an open letter, echoing Bevin's criticism. But there were others who came to Beshear's defense.

Beshear has been very critical of Bevin's rhetoric, and told the crowd at Fancy Farm last month that it's dividing Kentuckians.

"What you heard from our governor today, and what you have seen every day of his administration, is try to create an 'us' versus a 'them'," said Beshear.

Beshear is clear in his stance on women's reproductive rights, and also what he would do with any restrictive legislation.

"I'm pro-choice, and I support Roe v. Wade. And any bill that came to me as governor banning that procedure, I would veto it, and veto it immediately," said Beshear.