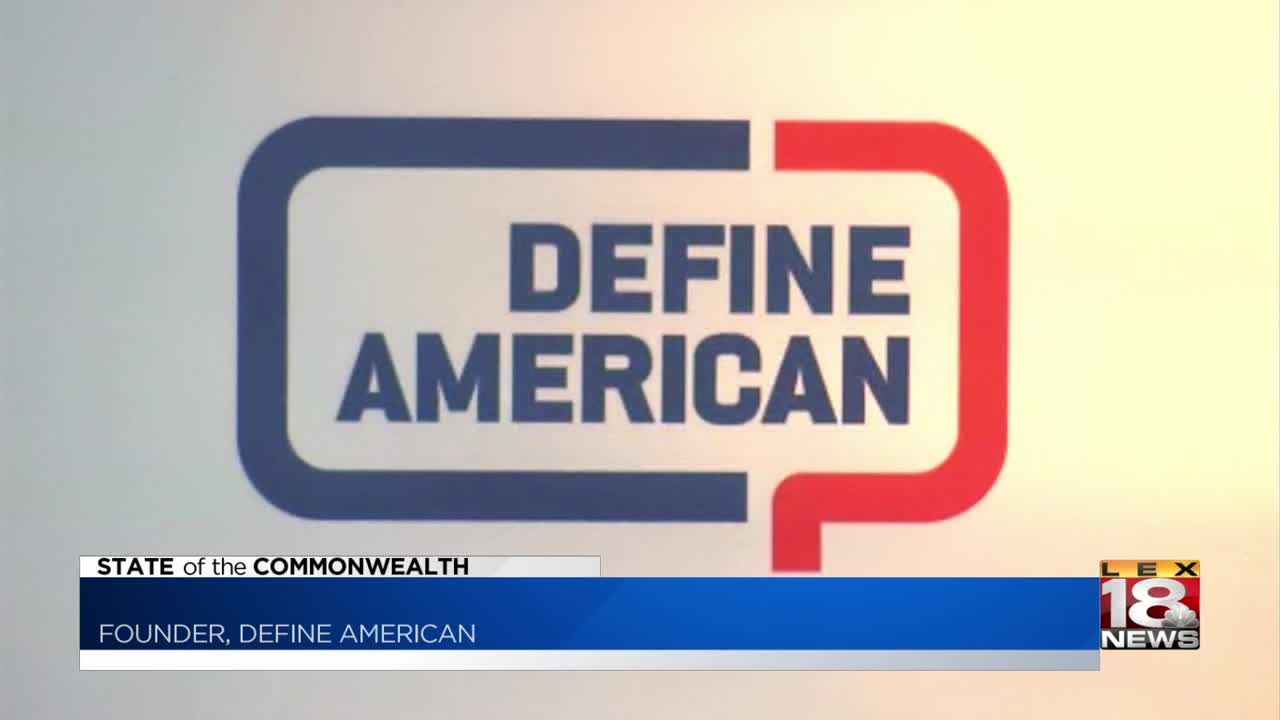 LEXINGTON, Ky. (LEX 18) — Define American is an organization that is using the power of stories to shift the conversation about immigrants, identity and citizenship in a changing America.

The founder, Jose Antonio Vargas, is an undocumented immigrant, and a journalist who is sharing his experience across the country, including here in Kentucky.

A few weeks ago, Vargas came to speak to a crowd in Lexington.

Vargas spoke to State of the Commonwealth host, LEX 18's Conroy Delouche, before taking the stage. Here is what he said:

"Well, I'm an undocumented immigrant. Or what some people would call 'illegal.' I've been in this country since I was 12, so over 26 years. And the reality is, we are so busy politicizing this issue and making it about Trump, and Republican and Democrat, that we haven't really considered that what we're dealing with human beings. Right? So, our job at Define American is how do we change this conversation, and how do we humanize this issue? And to me, what that boils down to is what conversations people are willing to have with each other. Our goal is how do we bring people together to talk about this issue, and get it out of his box that we've locked it in," said Vargas.

Vargas also went to to say this:

"A lot of the reason I'm out is that so many people can't be out. Live even just today, I must have heard from at least five people here in Kentucky, here in Lexington, who are afraid to come to the event, because they don't feel safe. But the biggest thing they want to say is that they're happy I'm here, and for me, you know everybody talks about privilege, right? So the question about privilege is what are you doing to risk your privilege? So, I think this is what I'm trying to do."