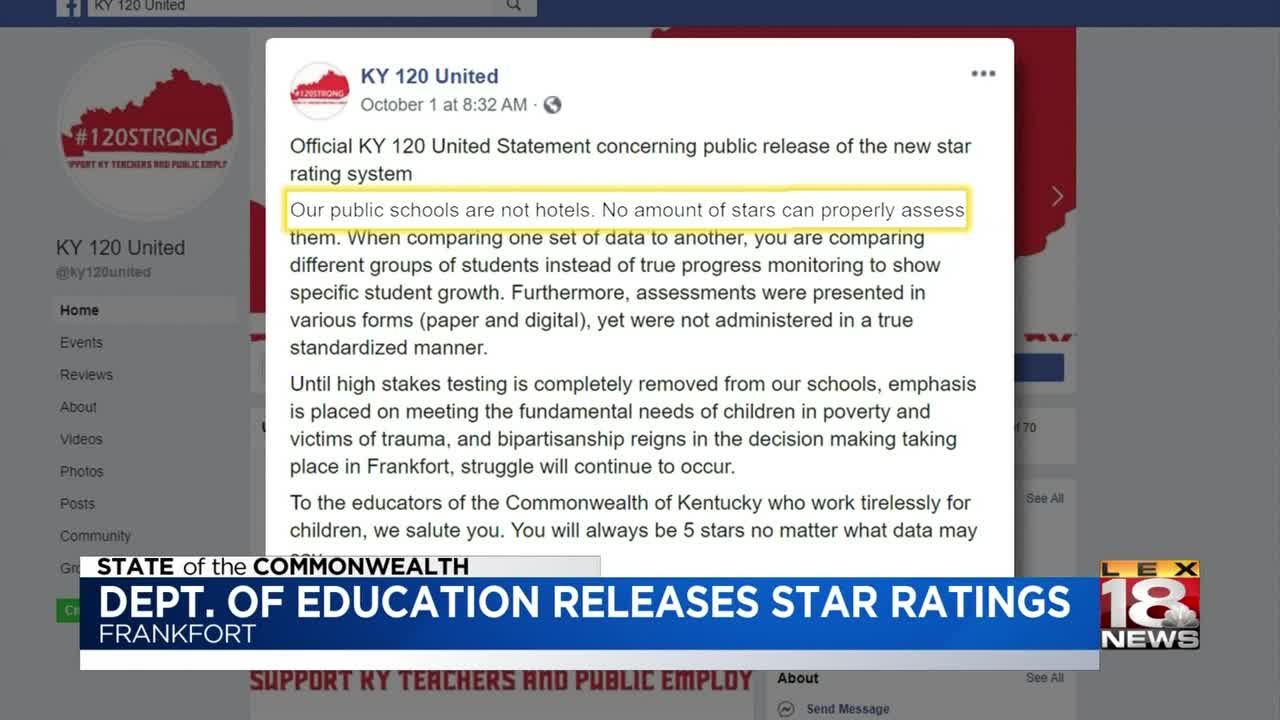 FRANKFORT, Ky. (LEX 18) — Public schools across the state have recently received their report cards from the Kentucky Department of Education from 2018.

For the first time, schools have also received a rating on a five-star scale, which was part of Senate Bill 1 signed by Gov. Matt Bevin.

The website is called Kentucky School Report Card and users can compare data from the past two years to see the growth or decline at one school compared to others.

The five-star ratings are based on reading, math, social studies, science and writing. The ratings are also based on a student's academic growth at the end of the year.

In Fayette County, only two schools received a five-star rating: Rosa Parks Elementary School and the School for the Creative and Performing Arts.

In response to the new rating system, activist group Kentucky 120 United released a state that said, in part, "Our public schools are not hotels. No amount of starts can properly assess them."

Kentucky Department of Education officials said they want parents to know that whether your child has earned one star or five stars, the system should be viewed as a spring board for improvement.