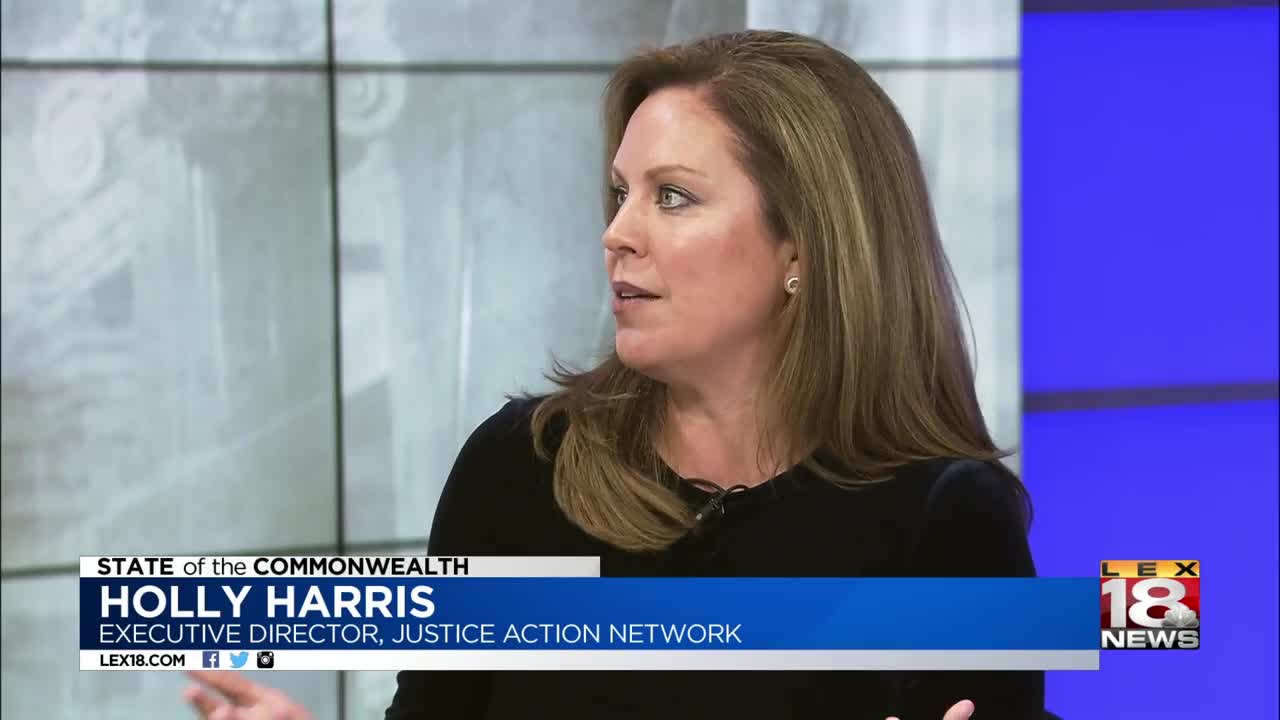 LEXINGTON, Ky. (LEX 18) — While candidates and political parties differ on ideologies and issues, criminal justice reform is one that many on both sides of the aisle agree needs to happen.

On this week's State of the Commonwealth, we welcomed Holly Harris, who is the executive director of the Justice Action Network.

Harris weighed in on where Kentucky stands compared to the rest of the country in this issue, and where she feels reforms need to continue.