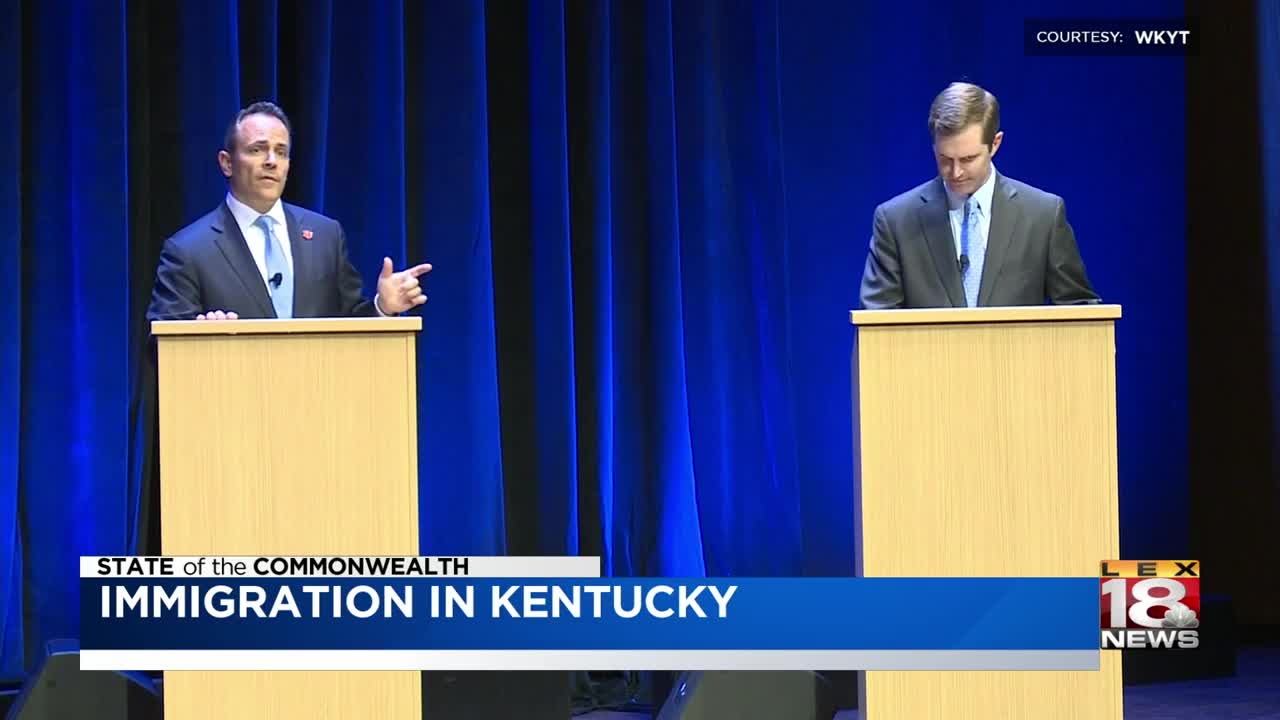 (LEX 18) — In the race for Kentucky's new governor, the focus has been on pensions, education, health care, abortion and the economy.

Gov. Matt Bevin agreed that those are important, but added that national issues, including immigration, are also Kentucky issues.

One of the final questions during Tuesday's debate on WKYT asked if this election was referendum on nationwide issues or Kentucky issues.

"This race is not about the White House," said Beshear. " It's about what's going on in your house."

"One of the two of us will be the next governor," said Bevin. "And we're either going to work with the president that we have in the White House, or we won't."

That president is Donald Trump. A president that Bevin has readily and often aligned himself with, even putting him in campaign ads.

In the 30-second spot, Bevin reaffirmed his position on banning sanctuary cities. This comes just a few months after Bevin called a news conference in Lexington to announce a bill which would ban sanctuary cities in Kentucky.

A sanctuary city refers to ones that limits their coroporation with federal immigration officers and Bevin said he wants to increase cooperation between agencies.

During the ad, the narrator reads: "Andy Beshear would allow illegal immigrants to swarm our state."

The statement reads in part: "As attorney general, Beshear made sure that Kentucky did not have any sanctuary cities so that Kentucky would receive its share of federal funds for law enforcement."

While there have been rallies supporting immigrants in Lexington and Louisville, immigration is one issue mostly being discussed by Bevin. The topic was brought up by a reporter after Tuesday's debate.

"No, I think what it's saying is that we, as a nation, have a responsibility to defend our borders, and that was, as a state, should not authorize sanctuary cities," said Bevin. "Nor should we be a sanctuary state."

During the debate, Beshear shifted the focus squarely on Bevin's record on health care, education, pensions and jobs.