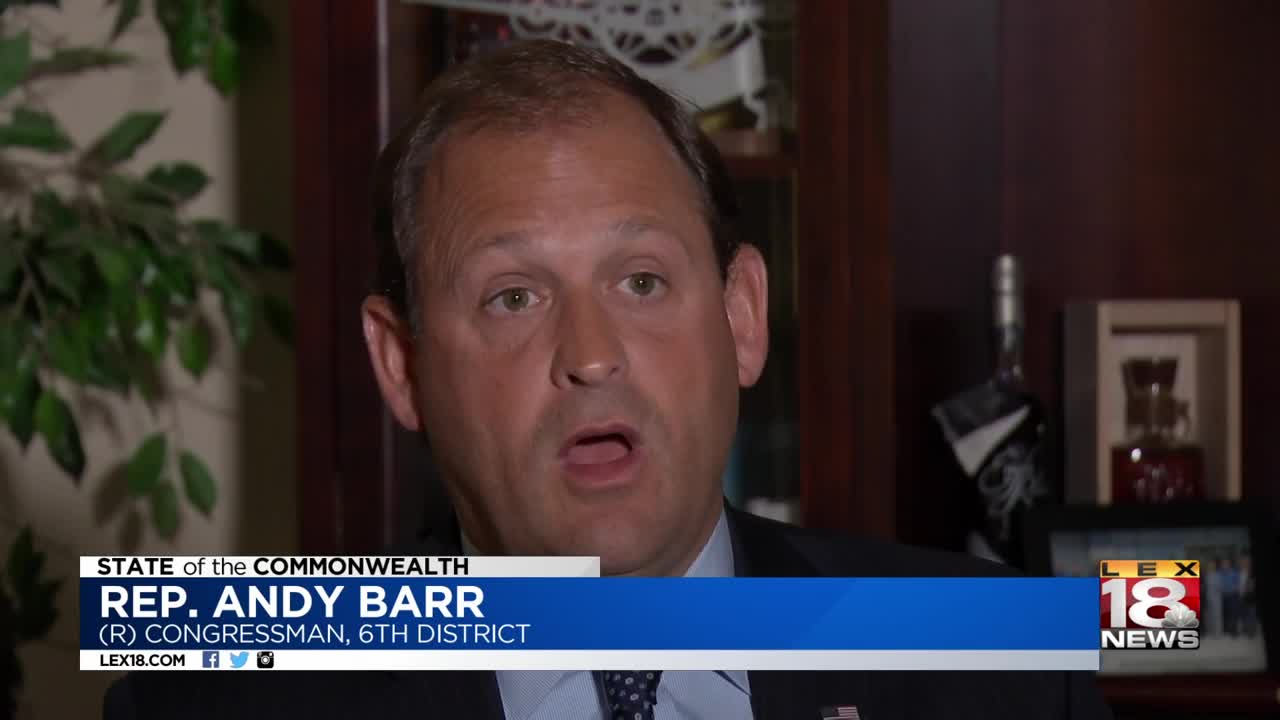 LEXINGTON, Ky. (LEX 18) — The border wall was one of President Donald Trump's rallying cries during his 2016 presidential campaign.

It's a cause that Congressman and Republican Andy Barr has supported.

In an interview with LEX 18 in September, Barr said that he was in favor of the emergency declaration to try to fund the border barriers, and would like to see appropriations for security, upgraded technology and additional agents.

"Last year alone, over 450 million lethal doses of synthetic opioid, fentanyl, came across the southwest border of the United States. And our drug control officials, and the National Guard, are telling us that we need more physical infrastructure to stop the flow of illegal drugs into our country," said Barr. "We had over 72,000 Americans die of an opioid overdose last year alone."

To Barr, this is a national security issue, and one that affects Kentuckians.

"In Kentucky, still had over 1,300 of our fellow citizens die of opioid overdose last year alone. So this is a crisis, not just at our southern border, but it's a crisis in the interior of our county," said Barr. "And it's a part, it's a dimension, of our drug epidemic here in the Commonwealth."