The physical toll of COVID-19 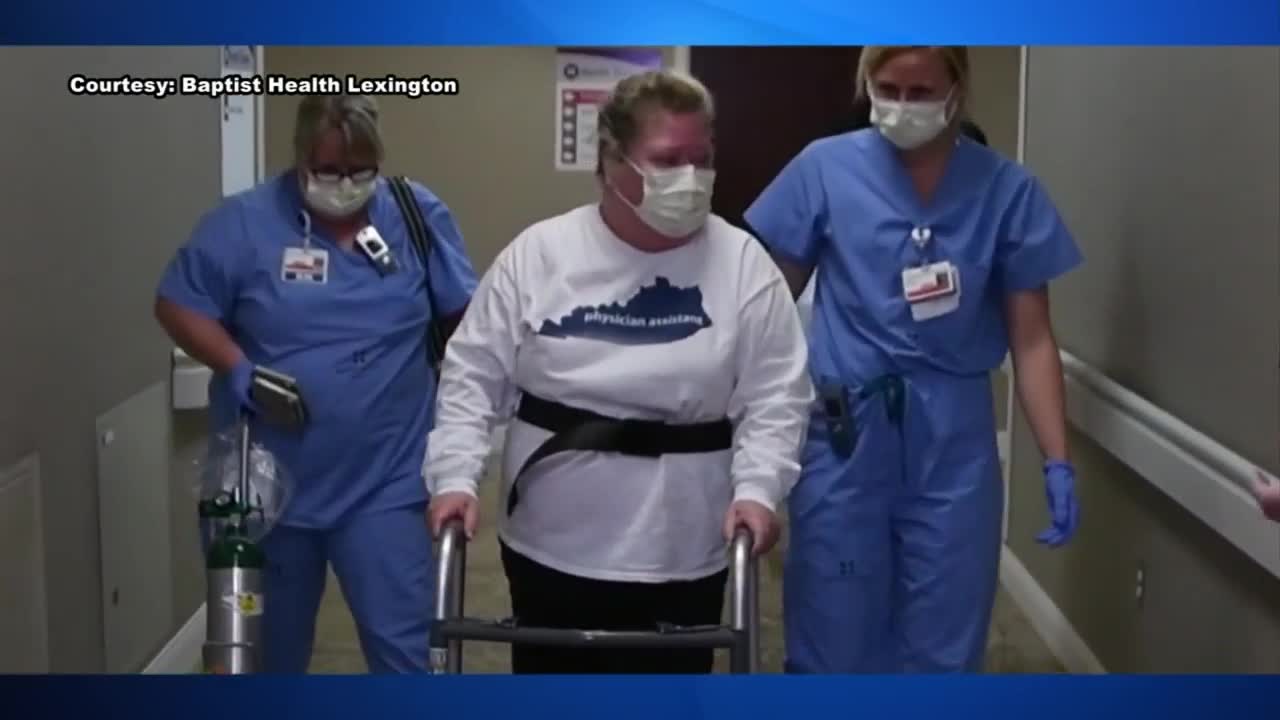 We are more than seven months into the pandemic.

By now, you probably know someone impacted by, or even infected with, COVID-19.

Many of those diagnosed are either asymptomatic or have light symptoms and quickly recover.

However, we continue to learn more about those battling the virus, a fight that goes much longer than 14 days for some.

Last week, we brought you the story of Stephen Woodson, the head coach of Washington County High School's basketball team.

Woodson was in and out of the hospital four times in less than a month after being diagnosed.

Amy and Donnie Sexton live in Letcher County. They say sometime after returning from Lexington where he was undergoing cancer treatment in March, the couple began experiencing symptoms of COVID-19.

They did test positive, and Amy says she missed several weeks of work as they quarantined and recovered. But more than six months later, they still feel the effects of the virus.

"To this day, we still have sort of cycling symptoms. shortness of breath, intense headaches, a lot of stomach issues, still some dizziness, congestion, coughing, things like that. Eyes burning and watering," said Amy Sexton. "My husband still has problems with really extreme fatigue and drowsiness. And we're not sure if that's a complication from the cancer treatment, or if that's a COVID-19 long-term symptom, or it's both."

We recently caught up with Sheila Thornsberry. The Lexington wife and mother of two was hospitalized for almost a month at Baptist Health, and was on a ventilator for some of that time. A video that showed her walking out of the hospital into the arms of her family went viral back in April.

Six months later, she is doing better after a lengthy recovery.

Sheila recently returned to work, no longer requires oxygen at night, and is able to enjoy walks with her husband.

But even though the virus has passed, there are still lingering effects of COVID-19.

"I lost pretty much all the muscle mass in my legs. So yes, that's where coming home on the walker and the therapy is coming in, you know, definitely helped out a lot. The walking like we try to do every evening, but like he said, on days like today, got ten minutes away from home and I couldn't breathe, and my heart was racing and we came back," said Thornsberry.

Most patients do recover, but almost every night since mid-March, the capitol is lit green for those who do not.

Around 1,400 Kentuckians have died after contracting the virus. In seven months, we've learned some of their stories, and the lasting impact on their loved ones.

We recently spent time with Keith Taylor, a Berea-based sportswriter who lost his mother, Donna Reed, to COVID-19 this month.

Earlier this week, Taylor penned a column where he described his pain.

"Before our family was hit with the virus, I knew COVID was cruel, but you don't know how vicious it can be until someone you love, the one who brought you into this world is attacked to the point of no return," wrote Taylor.