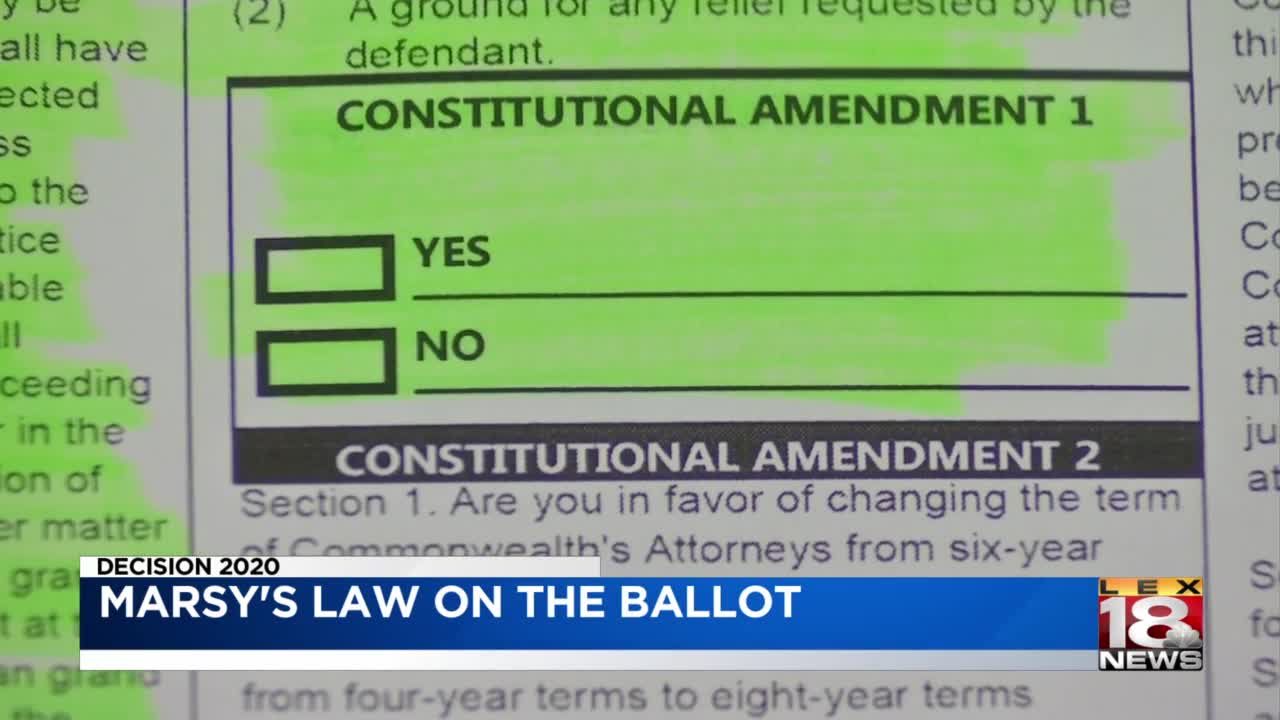 Both amendments are long and dense, and there's a reason for it. In 2019, the Kentucky Supreme Court struck down an amendment because a summary was printed on the ballot instead of the amendment's entire text.

That amendment was Marsy's Law, which would have created constitutional rights for crime victims. The entire amendment was about 555 words long, and it was detailed. However, that text is not what voters saw on the ballot. Instead, voters were asked this question: “Are you in favor of providing constitutional rights to victims of crime, including the right to be treated fairly, with dignity and respect, and the right to be informed and to have a voice in the judicial process?”

There was a big debate on whether the ballot's question was too vague and written in a way that didn't tell voters exactly what they were voting on.

The Kentucky Supreme Court ruled that the entire amendment should have been printed on the ballot. So, from that ruling on, constitutional amendments must be presented to voters in their entirety.

And that is what we are seeing happen in this election.

The first proposed constitutional amendment is 614 words, and this topic should be familiar to voters. Once again, it's Marsy's Law.

Senator Whitney Westerfield, the sponsor of Kentucky's version of Marsy's Law, says it's important to write crime victims' rights into the state's constitution. He says the rights crime victims are currently given through state law aren't strong enough.

"Right now, our statutes have two or three rights. A right to notice of hearings and a right to be informed of some information by law enforcement about where to find services. They're kind of weak. Kind of milquetoast - weak rights. But here's the kicker, those rights and statutes only apply to the victims of 21 crimes listed in the statute," said Westerfield. "We've got over 400 offenses on the books in Kentucky."

Earlier this year, the Kentucky Association of Criminal Defense Lawyers testified that they believe Marsy's Law will hurt a defendant's right to a fair trial.

"The machinery - the power - of the Commonwealth through its prosecutors, through its law enforcement is levied against that person who faces those charges," said KACDL president Angela Rea. "That person is presumed to be innocent. That person has constitutional guaranteed rights to protect them from that power, from that machinery of the government."

The second proposed constitutional amendment would change the way Kentucky elects some of its state court officials.

The amendment would change district court judges' terms to match the others. Starting in 2022, those judges would serve eight-year terms as well.

The amendment also makes changes for commonwealth's attorneys. It would lengthen prosecutors' terms from six-years to eight-years.