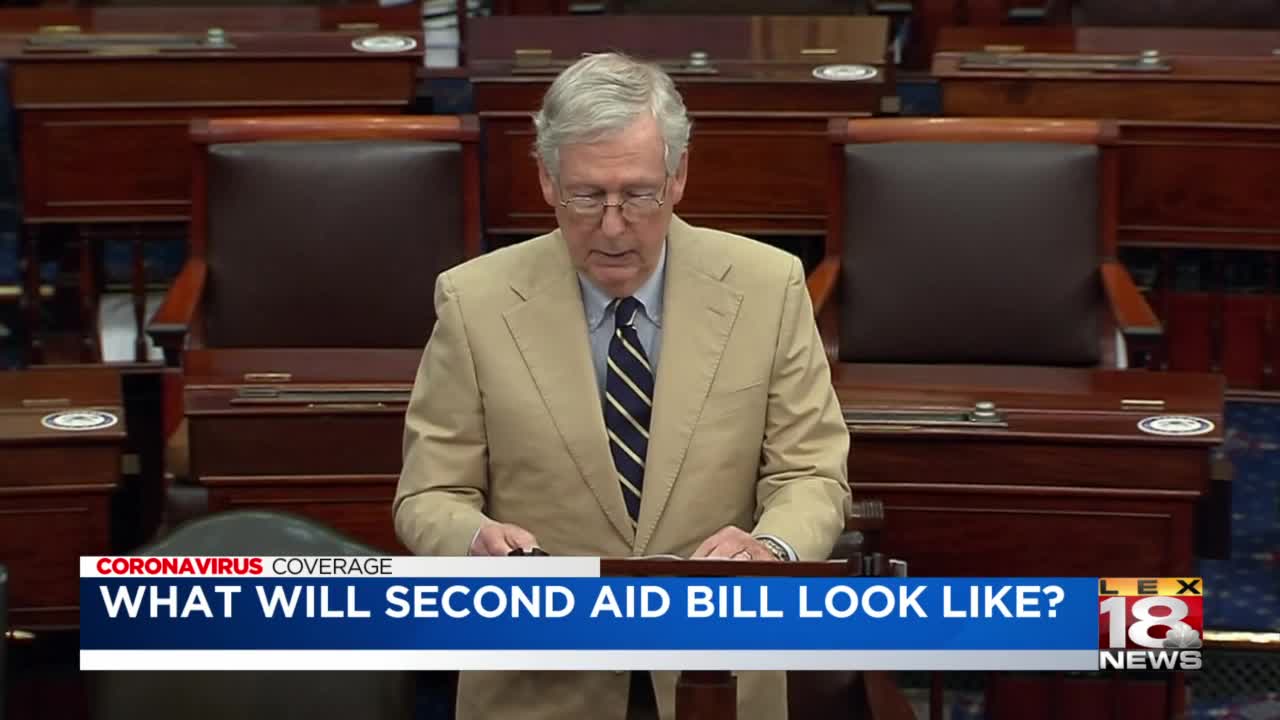 LEXINGTON, Ky. (LEX 18) — As Kentucky moves forward with the coronavirus still around, many businesses and families are hurting and need help. For weeks now, the talk in Washington D.C. has been about passing another coronavirus relief bill, and the hope is that it can be passed by the end of the week.

So the big question is, can Kentuckians expect for help to be on the way? Senate Majority Leader Mitch McConnell made it clear that he believes another aid bill is needed.

"We are nowhere near out of the woods," McConnell said.

The goal is to help America's struggling economy, education and health care systems. Any bill that they come up with will need to be negotiated with the Democrats in Congress. McConnell says some of the things he wants is another round of Paycheck Protection Program (PPP) funding for businesses, expanded incentives for businesses to hire workers, more resources to develop a COVID-19 vaccine and, for the average American, possibly another stimulus payment.

"We want another round of direct payments," McConnell said. "Direct payments to help American families keep driving our national comeback."

And for schools, $105 billion to make sure they have the resources needed to reopen during the pandemic.

"That is more money than the House Democrats set aside for a similar fund, by the way," McConnell said. "And that is in addition to support for child care needs."

Then there is unemployment. At the end of the month, the $600 in unemployment insurance funding runs out for millions of Americans, but the need for it has not. Just last week, more than 1.4 million Americans filed a new unemployment claim. That is about 100,000 more people than the previous week, and it is the first time the unemployment number has gone up in several weeks.

In Kentucky, more than 24,000 people filed unemployment claims last week. If congress does not do anything, those people will lose that $600 per week. However, some GOP lawmakers think that specific amount is too high and is keeping people at home.

"If government pays people more not to work than they get for working, guess what, you'll get institutional unemployment," Senator Rand Paul said. "That is what we have right now. Now, it'll come to a screeching halt because oh, it'll be terrible. What will happen at the end of July, if this is allowed to expire, people will go back to work."

But some Democrats say it is cruel to cut off that federal unemployment funding.

There is a lot of fighting that needs to be resolved, but time is running out.