Will $1,200 checks be part of the new coronavirus relief bill? 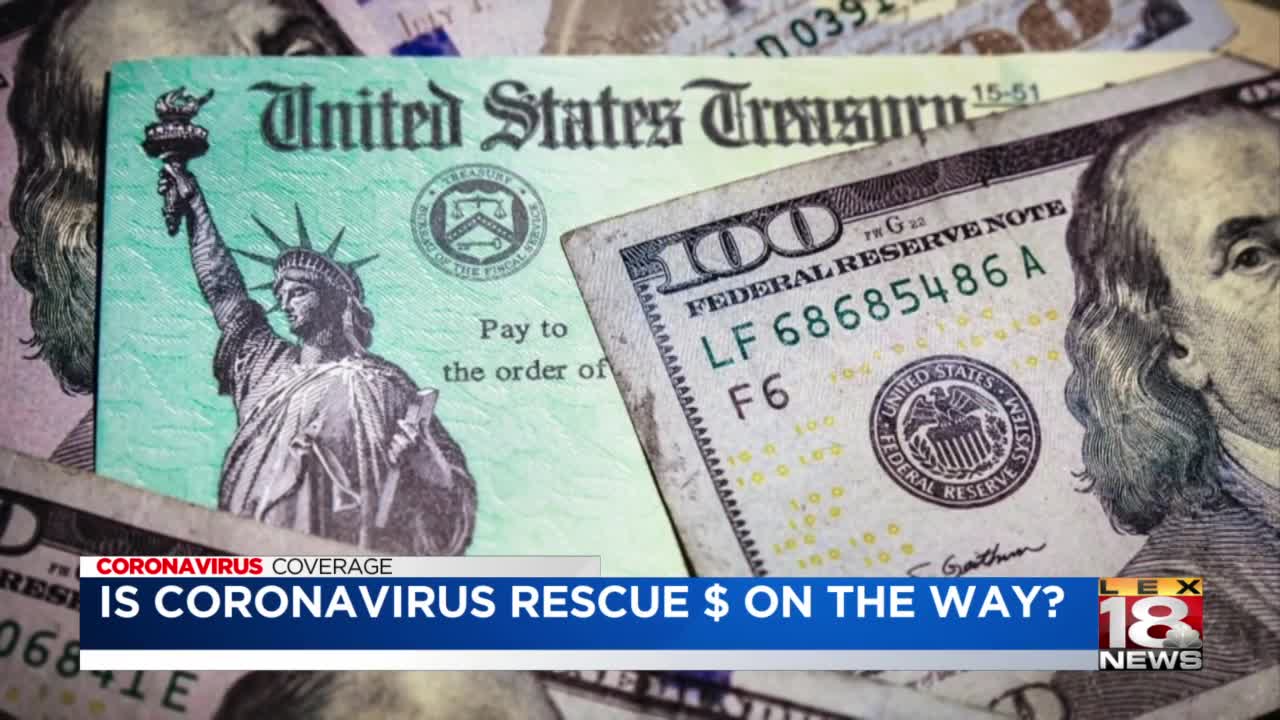 LEXINGTON, Ky. (LEX 18) — Now that the election is over, Washington's focus has shifted back to a second coronavirus rescue bill.

Democrats, Republicans, and the White House previously negotiated for weeks but disagreed on a deal. On the campaign trail, Senator Mitch McConnell told his supporters the stimulus bill was stalled by tension leading up to the election.

"Hopefully, when the election's over, we'll be able to achieve the kind of bi-partisanship we did back in the Spring - to do another important rescue package for the country," said McConnell at a late October campaign rally in Anderson County. "That's what I'm for."

The morning after McConnell was re-elected to a seventh term, he said he's still hoping to get a deal done.

But it's still unclear what the new rescue package will look like and whether people will get another $1,200 stimulus check.

In the weeks before the election, House Democrats wanted a $2.2 trillion package with $1,200 checks per-person. The White House agreed to the checks but wanted a slightly smaller stimulus.

However, McConnell wanted something smaller - a $500 billion targeted bill that may not include checks.

Before McConnell returned to Washington, he said the country's lower unemployment rates and an increase in the gross domestic product show that the economy is improving. He believes the size of the rescue package should reflect that.

"I do think we need another one, but I think it reinforces the argument that I've been making the last few months that something smaller, rather than throwing another 3 trillion dollars at this issue is more appropriate, with it highly targeted toward things that are directly related to the coronavirus, which we all know, is not going away until we get a vaccine," said McConnell.