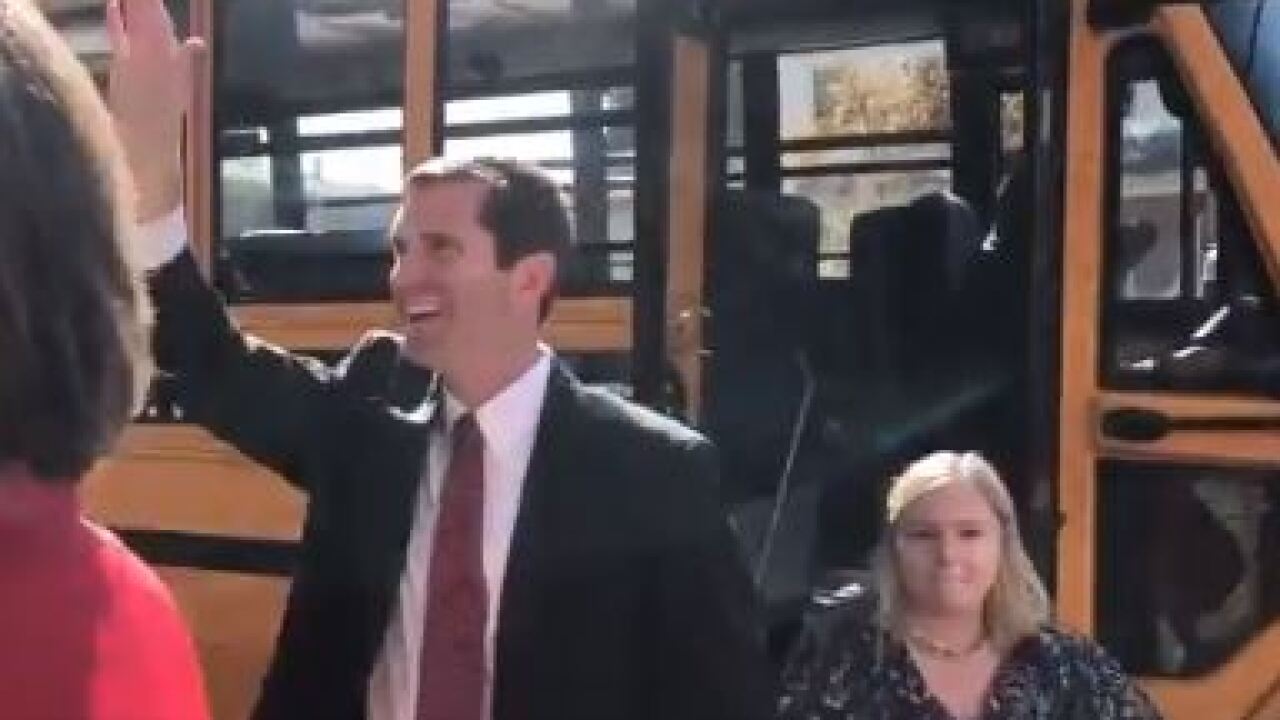 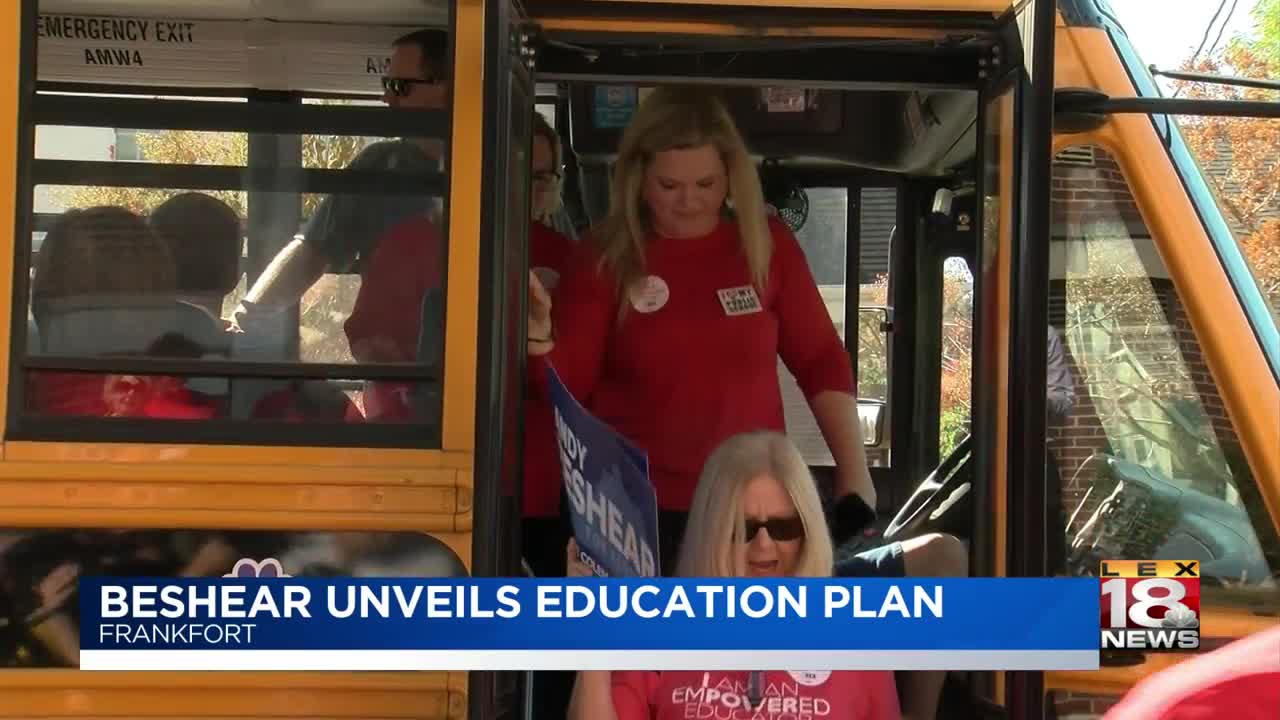 FRANKFORT, Ky. (LEX 18) — When a school bus pulled up to Frankfort High School today, students did not get off. Instead, it was Andy Beshear and Jacqueline Coleman, along with public education supporters.

Beshear is the democratic candidate for governor, and the Kentucky Education Association has endorsed him. Wednesday, the group was there to cheer him on while he talked about his plan for public education in Kentucky.

Beshear told the crowd he was going to put "Kentucky's public schools, students, and teachers first."

Throughout his campaign, Beshear has said he'll prioritize public education in the state budget. But with costly changes proposed, the question is: how do you plan on paying for this?

To that, Beshear says Kentucky can't afford to not make these investments.

Beshear's campaign paid for the use of the school bus, public money was not used.