Feeling the pulse in Clark County 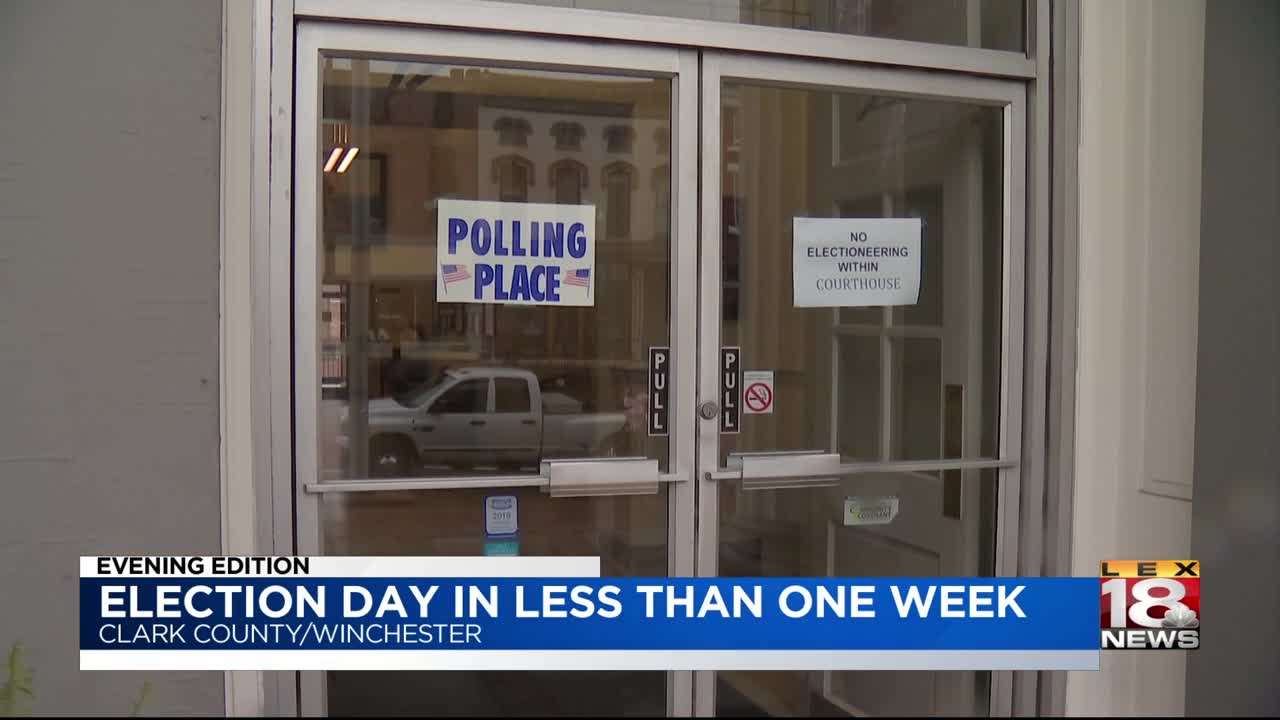 Election Day In Less Than One Week

WINCHESTER, Ky. (LEX 18) — Out of 120 counties in Kentucky, only around 20 have supported the winning candidate for governor in every election since 1975.

One of those counties is just to the east of Lexington.

Clark County is described by representatives of both the Democratic and Republican Parties as a community of friends and neighbors and by nature, a conservative county.

But there is a political divide, especially when it comes to the importance of issues.

William Elkins is the Clark County Attorney, and is a Republican.

Henry Branham is the chair of the local Democratic Party.

"Public schools. Jobs. Healthcare. That seems to be what's on the minds of voters in Clark County," said Branham.

That is a contrast from October 2015, when there were 15,377 registered Democratic voters and 9,465 Republican voters.

Bevin and Donald Trump both won the county majority in their respective races. This continued a red wave in 2018 that led to Branham's defeat in his re-election bid, and helped propel Elkins, a former Democrat, to the office of county attorney.

Despite the recent trend in registration, Branham believes that the Kentucky Democratic Party does still reflect the values of Clark Countians.

Both Branham and Elkins believe their respective party's candidates will end up representing Kentucky into the next decade.

"I don't think that we make it so quickly about party lines in Clark County. It's more about what we believe. And so I think Democrats and Republicans alike will vote for Matt Bevin. I think he'll be re-elected, and I think you'll see another wave of people switching to the Republican party here locally," said Elkins.