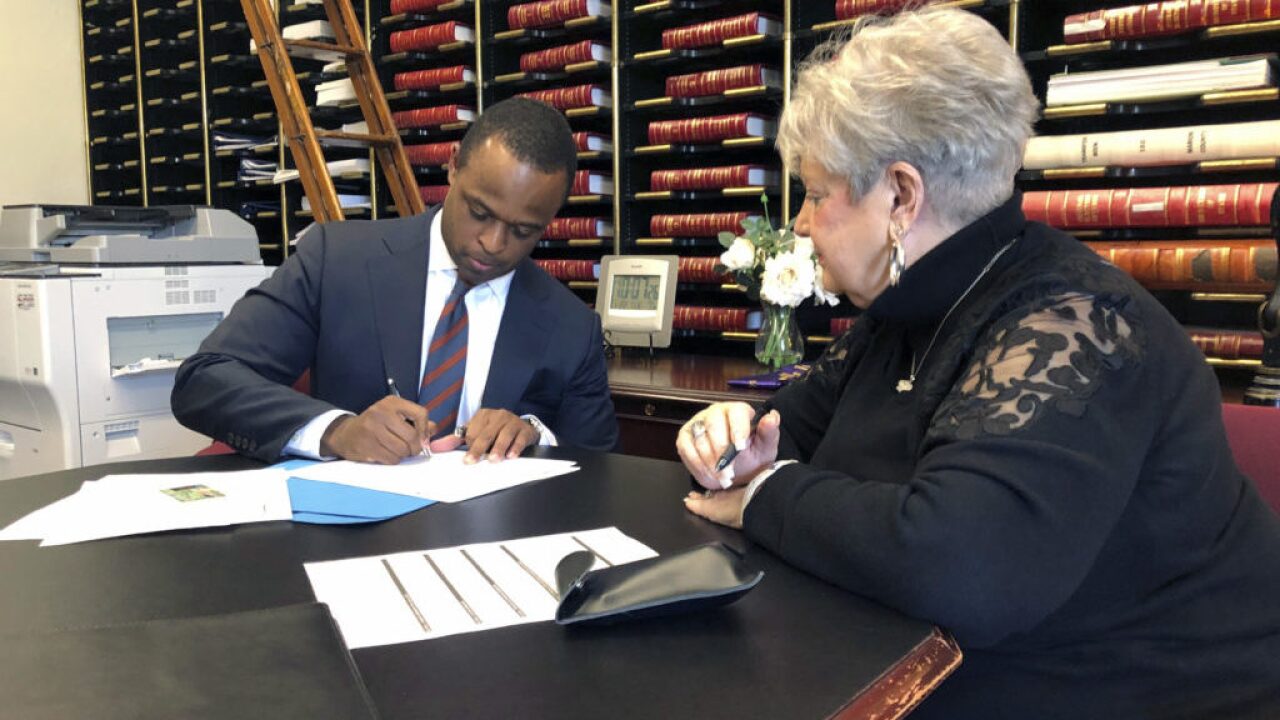 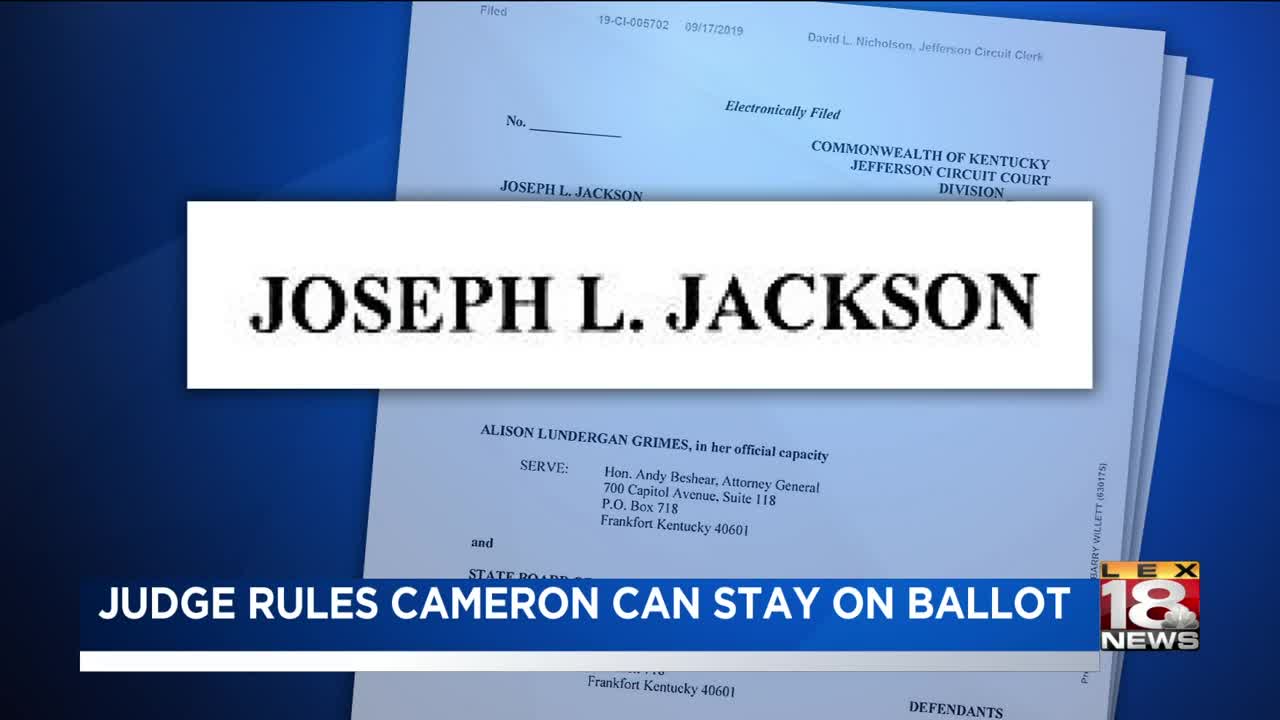 (LEX 18) — "Cameron 1. Stumbo 0," said Daniel Cameron, shortly after the judge's ruling went public. "We beat him today and we look forward to the opportunity to beat him on November 5th."

The Thursday win Cameron is talking about is a lawsuit. One that was filed to get a judge to "issue an order disqualifying Cameron as a candidate."

Cameron is the Republican candidate running for the position of Kentucky's Attorney General. He was licensed by the Kentucky Bar Association in October of 2011, giving him eight years of experiences as a lawyer.

However, the lawsuit challenged Cameron's eligibility. The argument behind it was that Cameron doesn't meet the constitutional requirement for Attorney General.

Kentucky's Constitution states "the Attorney-General shall have been a practicing lawyer eight years before his election." However, the lawsuit questions what "practicing lawyer" means. The lawsuit claims since Cameron worked as a federal law clerk for two years, he could not have practiced law, which makes him two years short of the requirement.

"In short, Mr. Cameron may have become a lawyer in October 2011 when he obtained his law license, but he did not become a "practicing" lawyer until 2013," said the lawsuit.

Cameron disagreed with that interpretation. He believes his two years as a clerk count. So both parties went to court to argue their case on Monday. A few days later, the judge had a ruling: Cameron meets the requirement.

Cameron agreed with the ruling. Shortly after, he issued a statement with choice words for his opponent, Democrat Greg Stumbo, because Cameron believes Stumbo was behind the lawsuit.

“I’m not surprised we won but I’m thrilled to put this frivolous lawsuit behind us," said Cameron. "It’s sad that Greg Stumbo stooped to this level. He can’t win an election straight up so he tried and failed to cheat us off the ballot. For someone who talks about experience all the time it is funny that Stumbo and his cronies don't understand the law. But this was never about the law, it was always about politics. We are leading in the polls and leading in fundraising and we’ve got Stumbo on the ropes, so who knows what other nonsense he’ll try. But we are ready for all his tricks. I remain confident that come Election Day voters are going to once and for all retire a corrupt Greg Stumbo.”

Stumbo is not a party involved in the lawsuit. However, the plaintiff in the case is Louisville resident Joseph Jackson, a leader at a union which has endorsed Stumbo. So Cameron believes Stumbo was involved.

"The night before the lawsuit was filed, he was in Radcliff, Kentucky - a city over from my hometown, Elizabethtown - telling people at a meeting there, that a lawsuit was going to be filed challenging my qualifications to be the Attorney General. So you can connect the dots," said Cameron.

However, Stumbo denies any involvement. In early October, Stumbo told LEX 18 that he did not know about the lawsuit before it was filed.

Today, he reiterated that sentiment in a statement.

“I am not a party to this litigation and had nothing to do with the lawsuit, however, now Mr. Cameron admitted under oath how little law he has practiced," said Stumbo. "The Office of Attorney General defends the state's laws, right up to the United States Supreme Court, and prosecutes massive multi-state litigation to bring much needed money back into the Commonwealth. Kentucky voters deserve a candidate with decades of legal experience in real courtrooms, trying real cases at the highest levels. I have spent my life becoming a seasoned trial attorney in the courtrooms of this state on behalf of Kentuckians. My opponent has never even prosecuted a traffic ticket citation.”