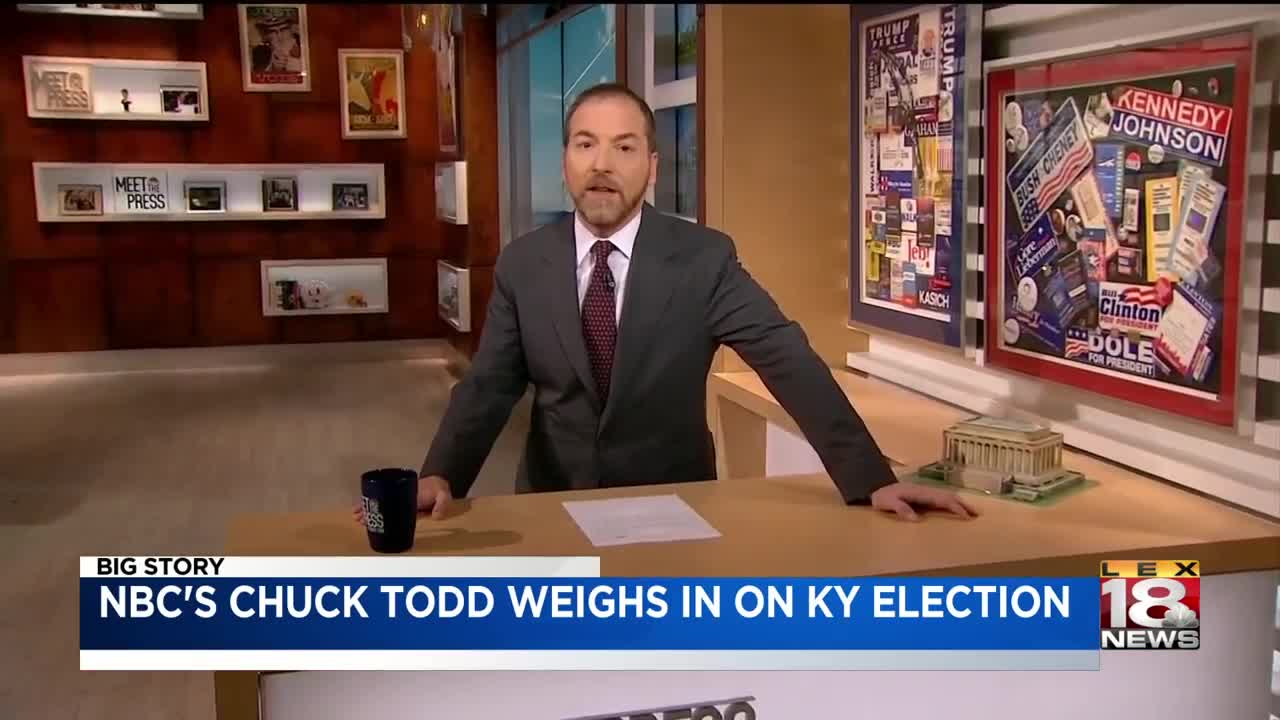 (LEX 18) — Political pundits and outside observers are asking if Gov. Matt Bevin's loss spells trouble for President Donald Trump in 2020. NBC's Chuck Todd suggested it might not be a harbinger for anything.

"I feel like the national narrative on Bevin and Trump has been almost too simple in how people have looked at this," said Todd. "Where they're the same is more of a rejection of personality and style than it is of ideology."

Todd notes that Bevin has long marched to the beat of his own drum and while his brash style of politics has often mirrors Trump's, in the end, this was a referendum on the governor, not the president, and Kentucky Democrats still face an uphill battle in future state and federal elections.

"I also don't view this as a trouble sign for Mitch McConnell, as others do, because when you look under, you realize this was a Bevin phenomenon when you realize Beshear had no coattails," said Todd.

While the governor-elect was not able to carry the rest of the democratic ticket, Todd said democrats across the country, including those running for president should take a page out of Beshear's campaign playbook, especially when it comes to healthcare.

"I think the biggest lesson for national Democrats is 'be careful of Medicare For All.' You have a winning issue when you say you want to protect Obamacare, protect the system, and expand what we have. That you can take to every county of America," he said.