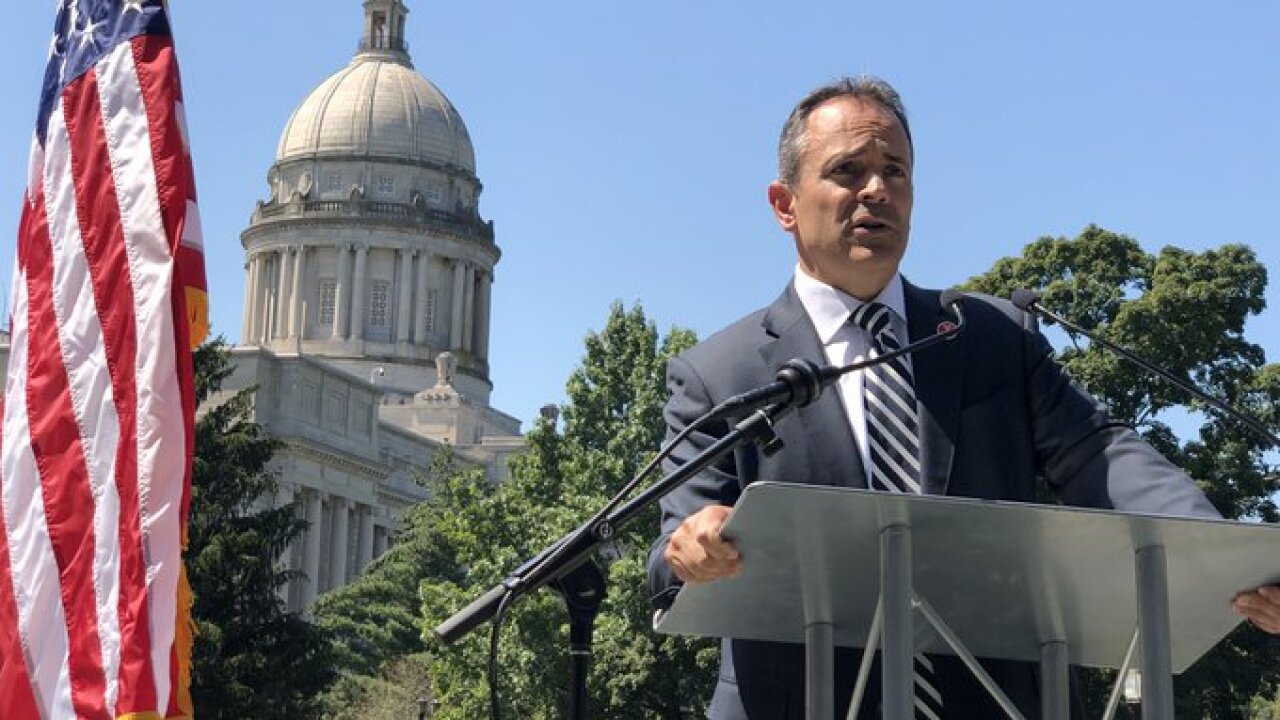 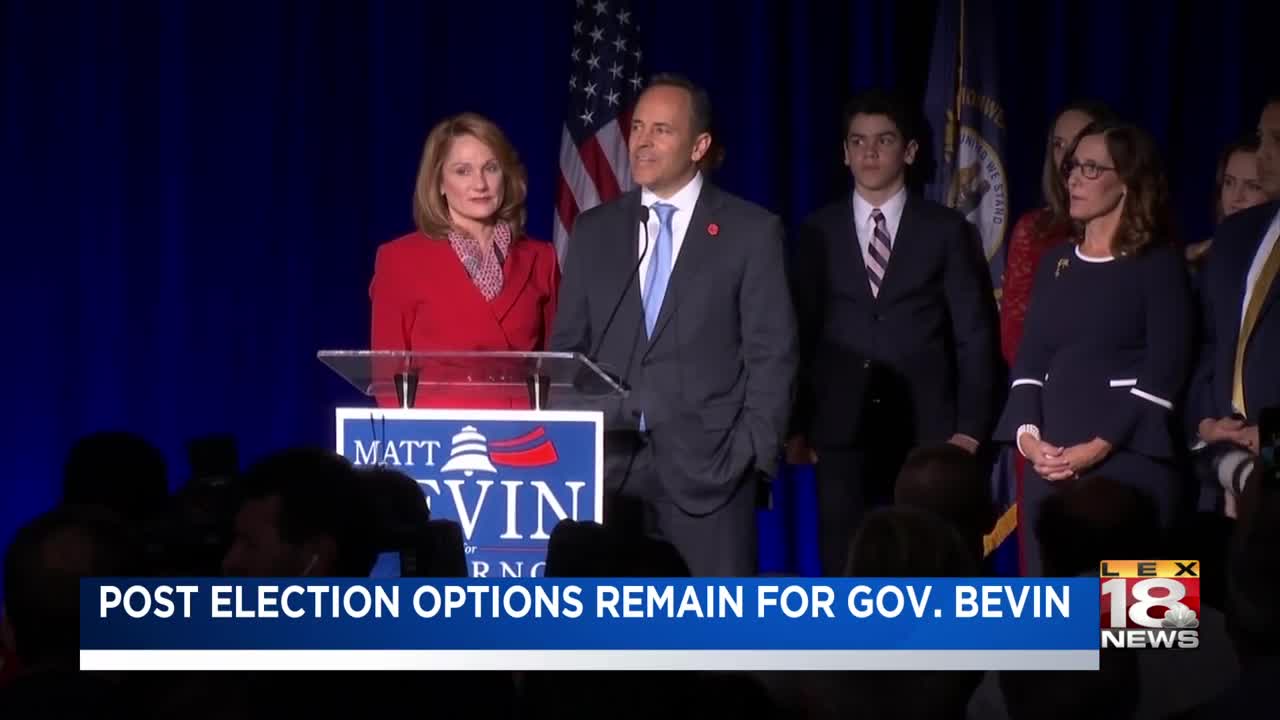 (LEX 18) — Kentucky's election ended with a celebration from Governor-Elect Andy Beshear, but no concession from Gov. Matt Bevin.

"We are not conceding this race by any stretch," said Bevin as he addressed a crowd on election night.

Vote totals show Bevin came up roughly 5,000 votes short in his re-election campaign. However, he says won't give up until the election is looked into, because he has concerns about voting irregularities.

"We know there have been thousands of absentee ballots that were illegally counted," said Bevin after formally requesting a recanvass on Wednesday. "That is known and this again is something that is being looked into."

The Governor also made other references to voter fraud, saying people were allegedly turned away from voting booths and voting machine malfunctions allegedly resulted in ballots being placed in an open box. However, as of right now, there is no evidence of any of that happening.

Governor-Elect Beshear said he has not heard of these irregularities. Wednesday, he made it clear he is moving past the election and preparing to take office.

"We're confident in the outcome of the election, but today is about moving forward," said Beshear at his transition press conference on Wednesday. "The election is over. No one else is going to cast a vote. It ended (Tuesday) night."

In the meantime, University of Kentucky Election Law Professor Joshua Douglas says Governor Bevin has two options. One is ask for a recanvass.

"He already invoked the first one, which is to request a recanvass and that will happen next Thursday, November 12th. This is just a re-check of the machines essentially - to make sure that the machine count from election night is roughly the same," said Douglas. "Recanvasses usually don't change the vote total at all, or maybe by a couple of votes here and there."

After that happens, Bevin's other option is to contest the election with the State Legislature.

"The legislature will appoint a committee of 11 members. Eight from the house. Three from the Senate," said Douglas. "They're selected randomly. Then, that committee would take that evidence, hear arguments. Ultimately, file a formal report with the full legislature."

So lawmakers could end up deciding who becomes Governor.

It's a process that has only happened once in Kentucky's history. In 1899, the legislature overturned the governor's race. Republican William Taylor, who won the election by approximately 2,000 votes, and was inaugurated in December of 1899, was removed from the Governor's Office in January of 1900 when lawmakers decided that Democrat William Goebel was the legitimate winner.

Goebel was assassinated and only served as governor for three days.