President's visit could give Gov. Bevin an election boost 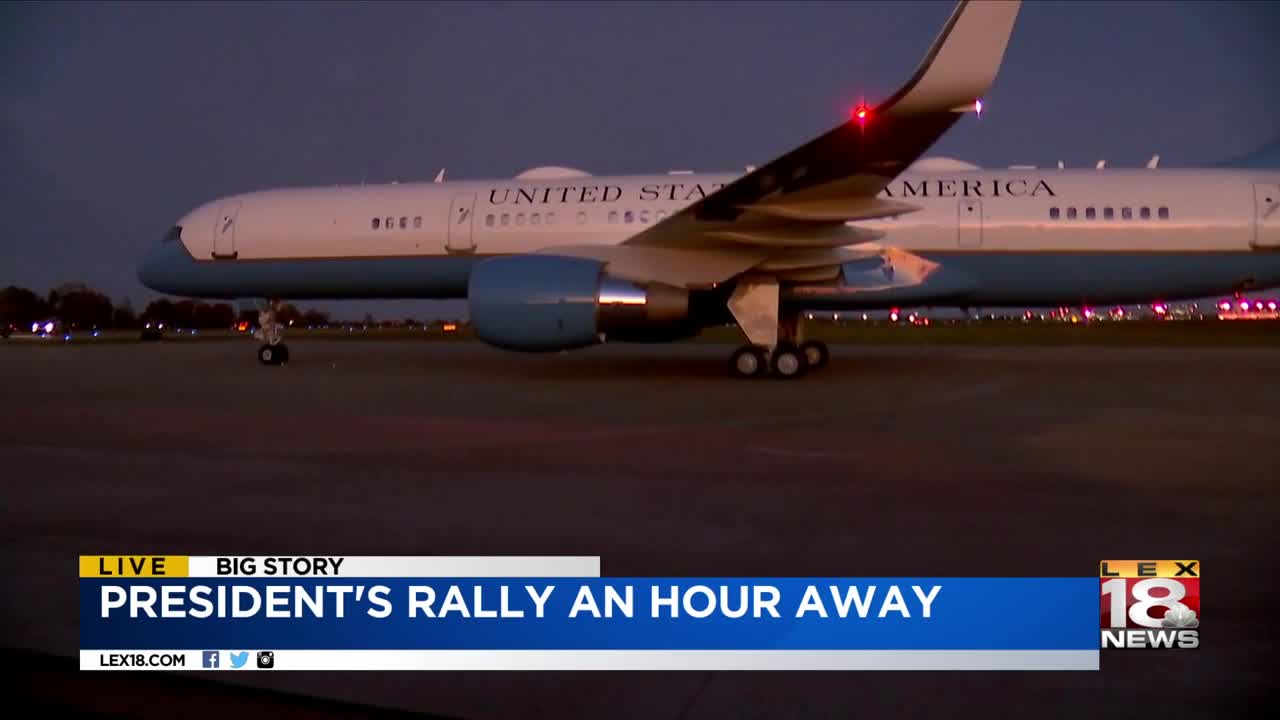 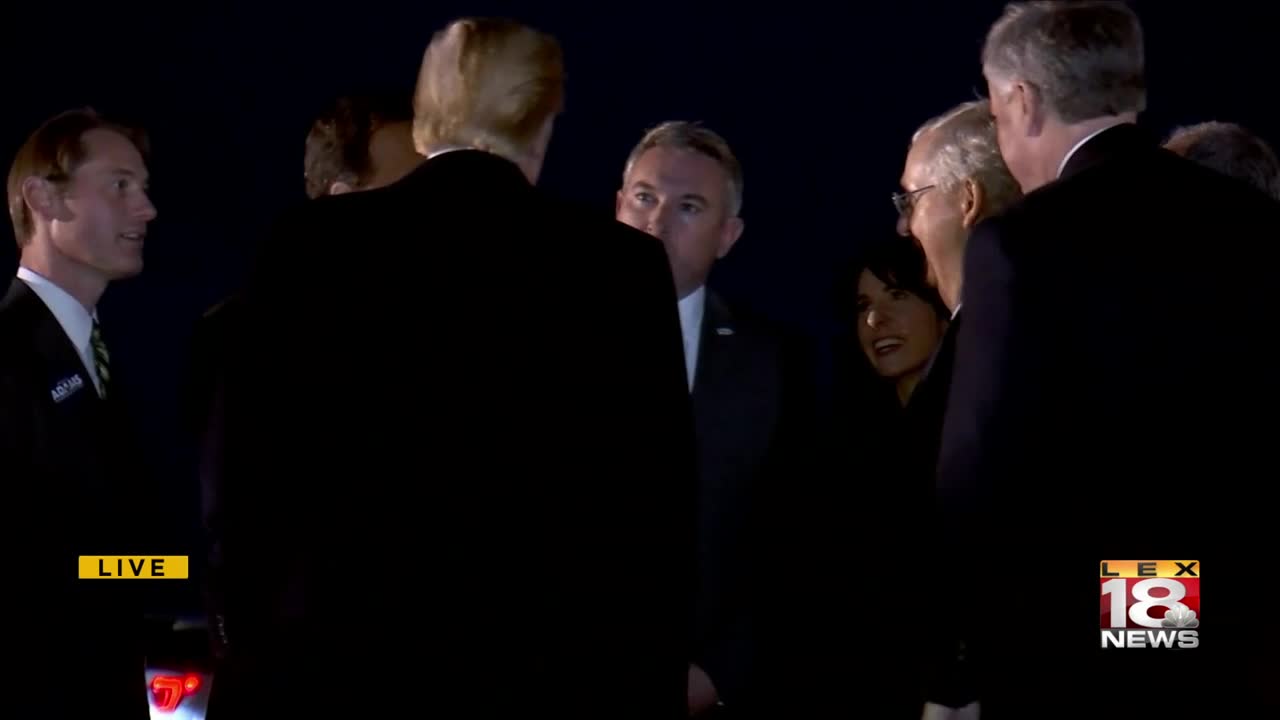 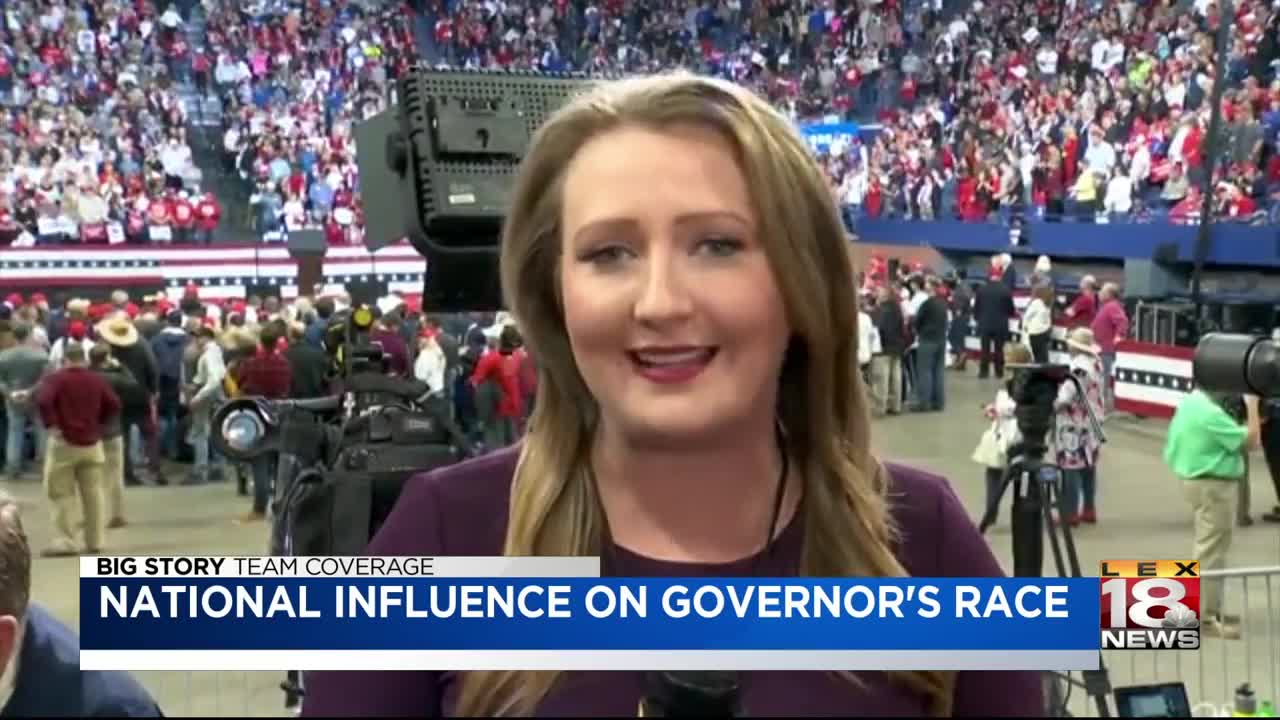 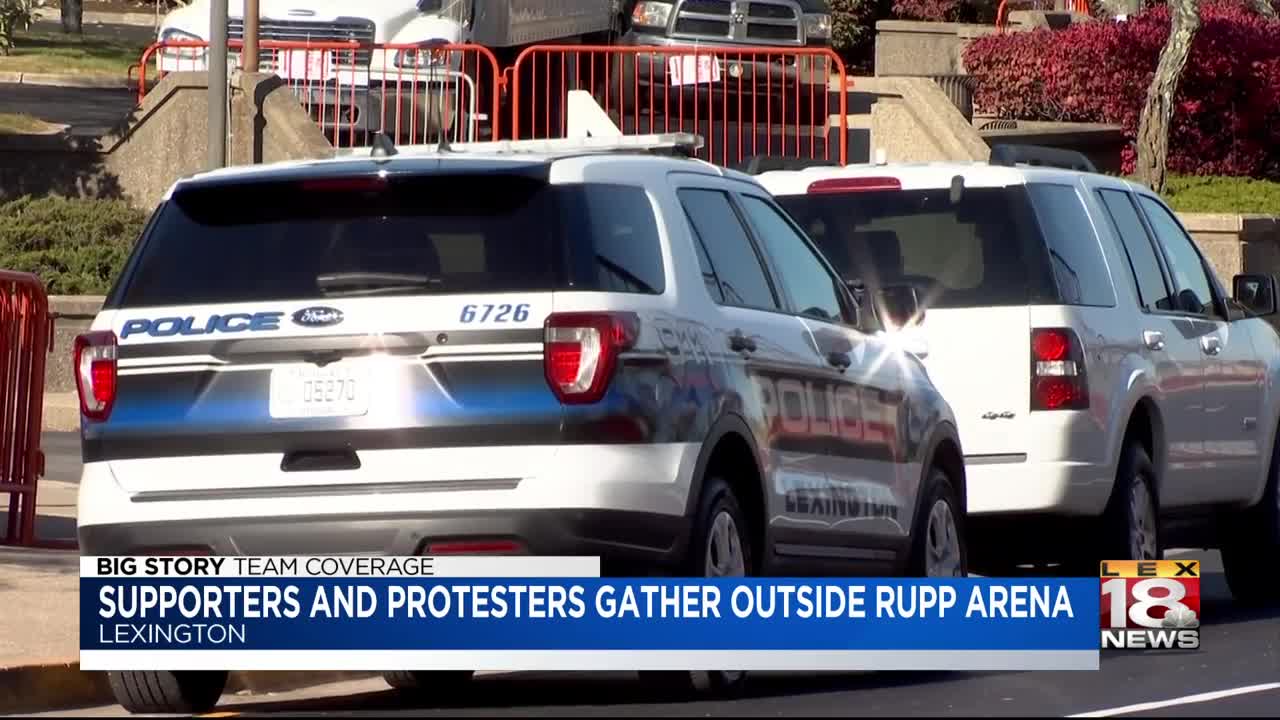 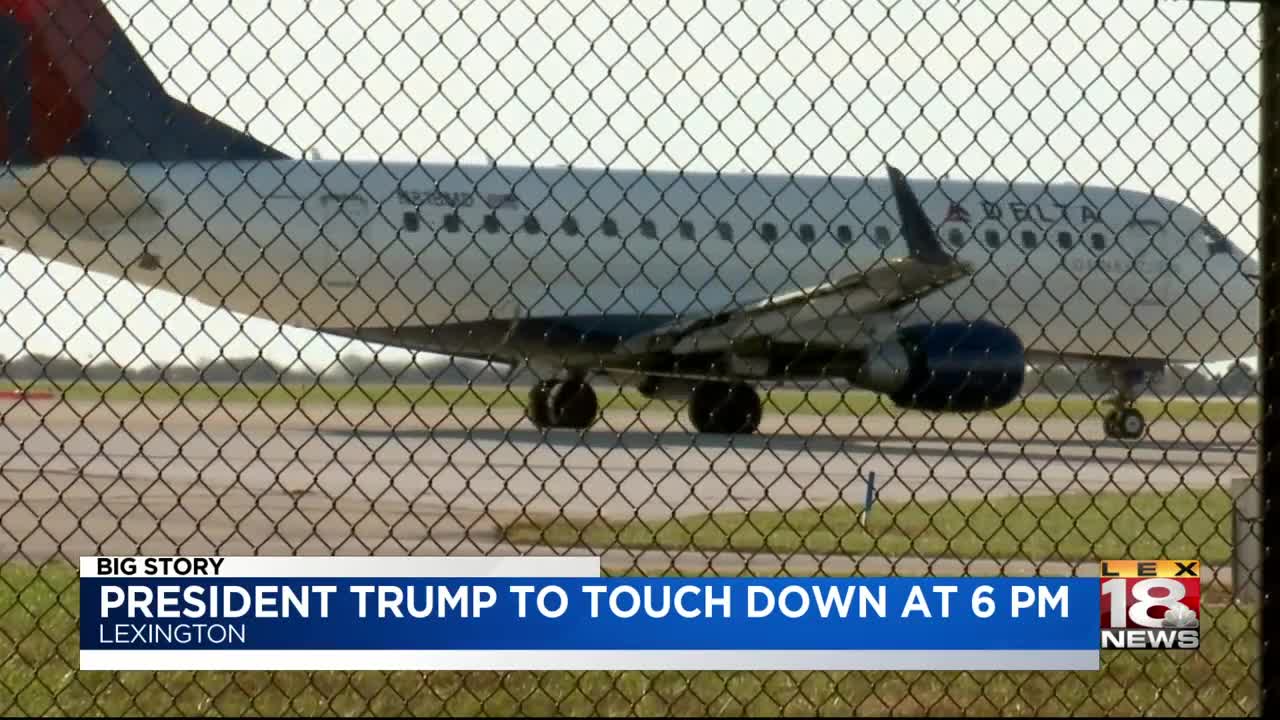 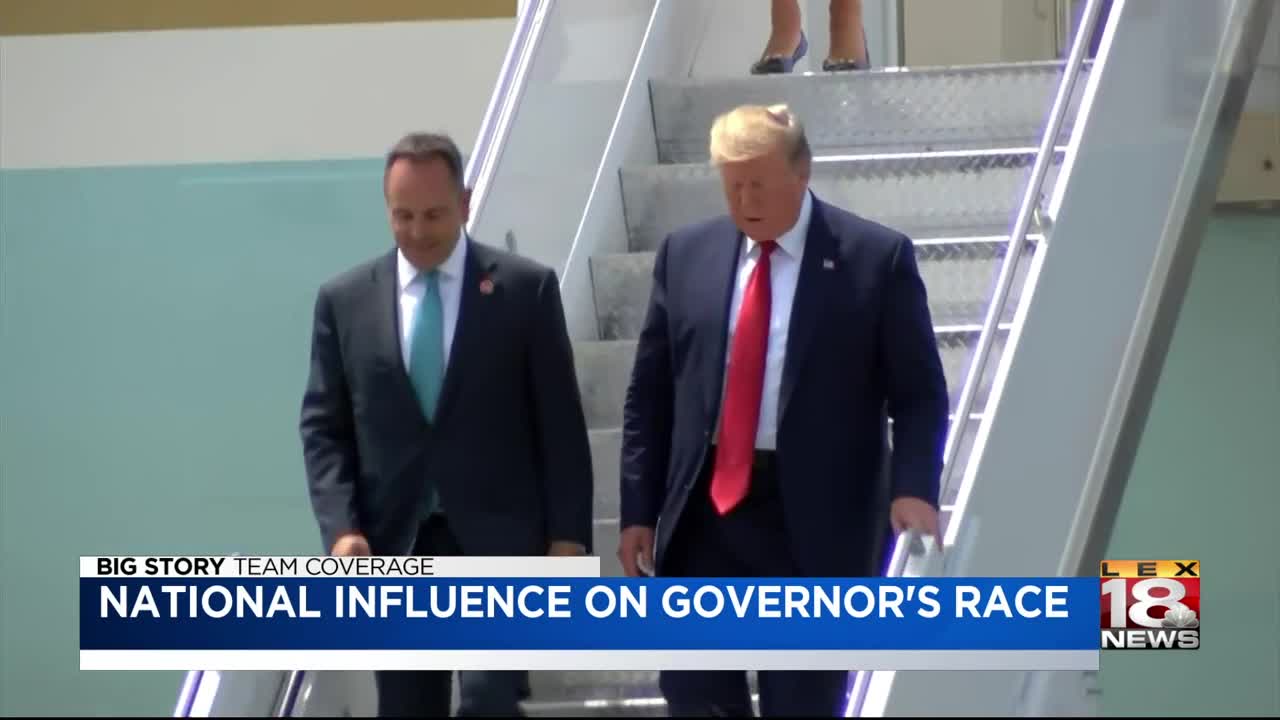 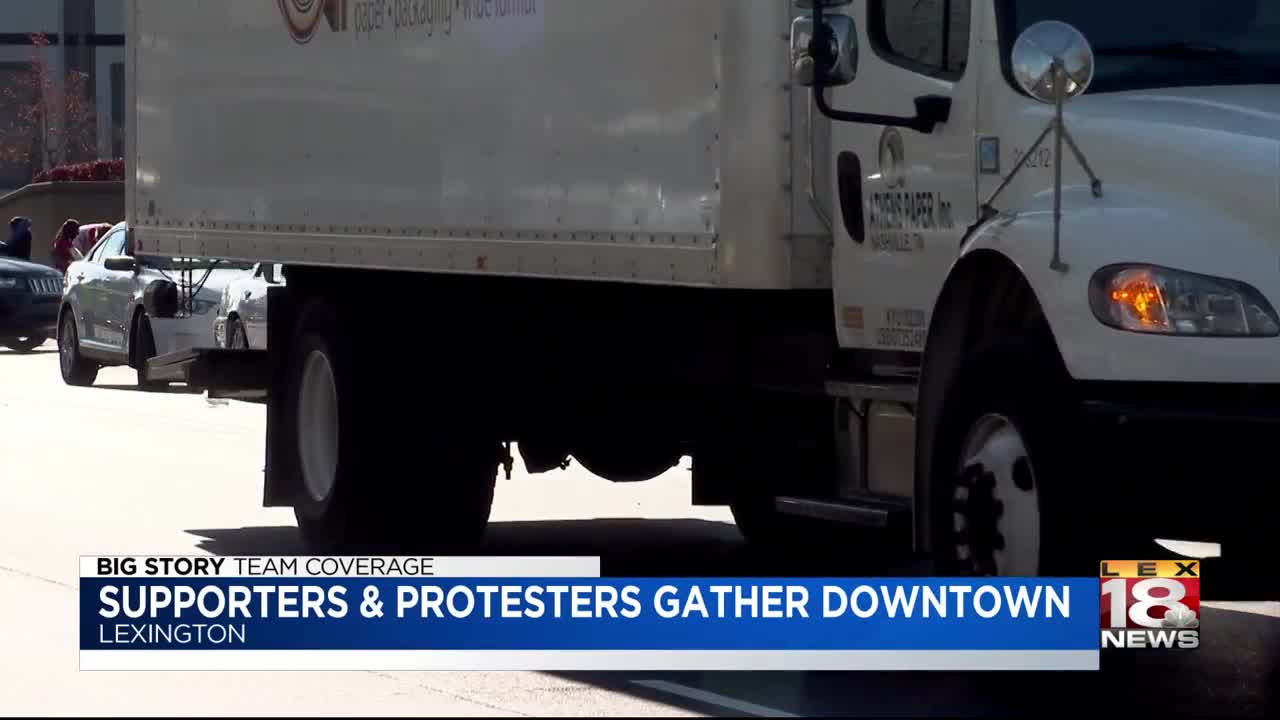 LEXINGTON, Ky. (LEX 18) — Just a day before the elections, President Donald Trump visited the Commonwealth for a 'Make America Great Again' rally. Although it is not technically listed as a campaign event for Gov. Matt Bevin, the political implications on the Commonwealth's gubernatorial election could be big.

Throughout his entire campaign, Bevin has brought up his relationship with the White House, and some think this is a strategic move as Trump's polling numbers are coming back strong in Kentucky. Last Friday, Vice President Mike Pence came to Kentucky and told the crowd that the White House wants Bevin to win the gubernatorial election.

After the doors opened, Gov. Bevin and his running mate, Ralph Alvarado, shook hands with people in the crowd and took selfies with them. Bevin, Senator Rand Paul, and candidate for Attorney General Daniel Cameron all took the stage ahead of the president.

During his speech, Trump praised not only Bevin, but Senator Mitch McConnell.

Trump then called Bevin's gubernatorial opponent, Andy Beshear, a "major lefty." The president said that Beshear "rejects everything Kentucky stands for," telling the crowd that the democratic candidate is "too liberal."

The president encouraged the crowd to vote Tuesday to "send Washington a message."

The president criticized the New York Times, the Washington Post, and CNN. During his speech, whenever he would criticize the media, the crowd would turn to the media section and boo.

Bevin is not the only GOP candidate running Tuesday that Trump praised. Trump brought Attorney General candidate Daniel Cameron to the stage, saying, "a star is born."

Supporters of the president were up early and waiting outside of the venue, Lexington's Rupp Arena. As the day went on, the crowd grew. Some supporters even told LEX 18's Conroy Delouche that they waited outside for over 24 hours. Some said they travelled hours to attend the rally. Vendors selling Trump merchandise also set up around Rupp.

Trump supporter Glenn Spencer is a supporter from Bath County who attended the rally last year in Richmond.

"I think him coming here, and seeing the crowds that you have now, are emblematic of how much everybody likes the man, what he’s doing for our country," said Trump supporter Paul Nierzwicki.

Not everyone was excited for the president's rally. The groups Concerned Citizens for the Center LEX and KFK Kentucky organized a fundraiser that brought the “Baby Trump” balloon to downtown Lexington to be displayed before and during the rally.

Some protesters at Triangle Park called for Trump's impeachment as others started a "lock him up" chant. There was also a heavy presence of people holding "We Vape We Vote" signs.

As people filed out of the rally, they were met by protesters holding signs and chanting, "no more years." LEX 18's Kylen Mills said that supporters and protesters yelled at each other at times, but officers were present to keep an eye on things.

Air Force One Touches Down In The Bluegrass/Travel Impacts

Air Force One touched down just before 6 p.m. You can watch the video of the plane landing below:

As the motorcade made it's way to Rupp, everything between the Blue Grass Airport and Rupp Arena was shut down.

Police warned motorists that the road closures could cause heavy traffic. They couldn't reveal exactly which streets would be shut down due to Secret Service protocols, but they warned you should expect your drive to take longer.

Parking downtown was also a challenge. LEX 18's Kylen Mills reported that all street spots are filled up for blocks and some event parking lots charged up to $30 a spot.

Security at Rupp tonight is no joke.

Took us awhile to get in, but @AngieBeavin and I are inside and waiting for the “Keep America Great” rally to begin. Take a look - it’s starting to fill up in here. @LEX18News coverage begins at 4. pic.twitter.com/nvwQCmnQ8I

Gov. Matt Bevin arrives at Rupp and is warmly greeted by this crowd.

How important is tonight for him?

That’s what I’ll break down starting at 5 tonight. @LEX18News pic.twitter.com/YhFDpcqaih

The crowd of protesters continues to grow at Triangle Park in downtown Lexington ahead of President Trump’s arrival. Many are carrying signs and they are often breaking into chants like “lock him up!” @LEX18News pic.twitter.com/YHeC7W2yPJ