The Illusionists set to dazzle at EKU Center 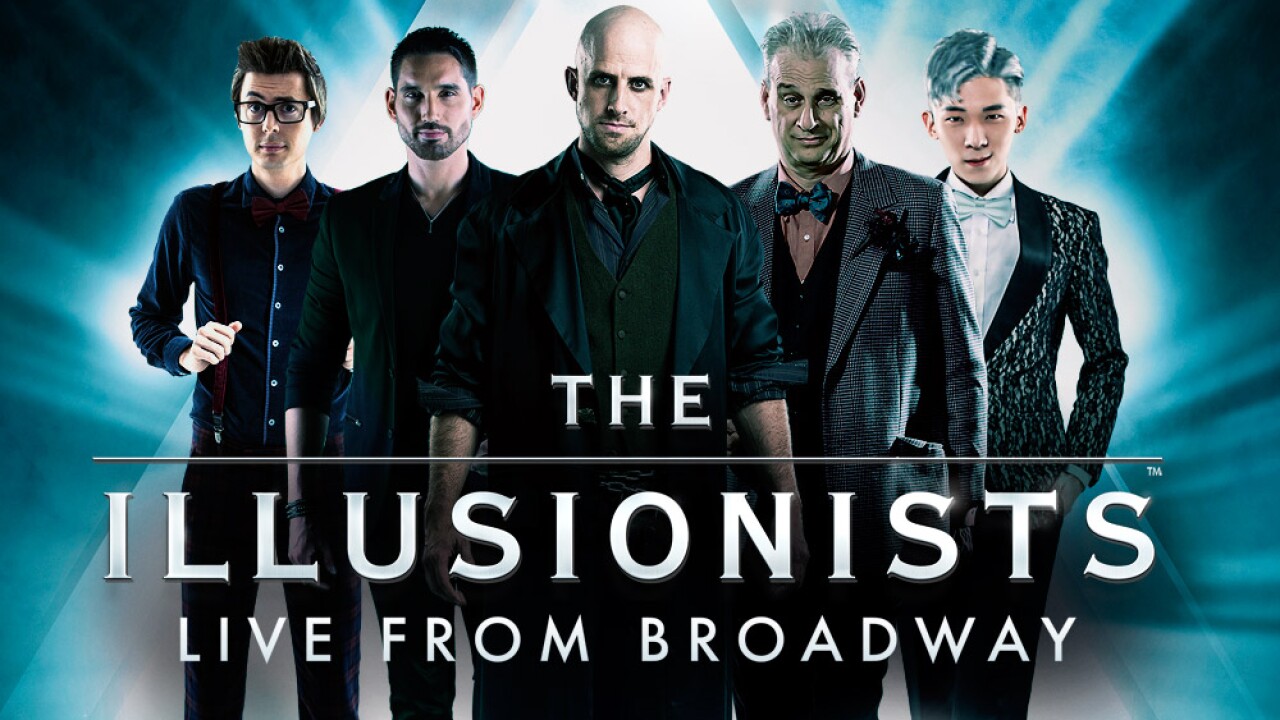 RICHMOND, Ky. (LEX 18) — Richmond, KY – On the heels of a highly successful multi-city tour and run on Broadway, the world’s best-selling touring magic show, THE ILLUSIONISTS - LIVE FROM BROADWAY™ will play the EKU Center in Richmond, Kentucky, on Wednesday, February 5 as part of its North American tour in 2020.

Tickets for THE ILLUSIONISTS will go on sale on Friday, October 4 at 10:00 AM and are available at the EKU Center box office, by phone at 859.622.7469, and online at EKUCenter.com.

Full of hilarious magic tricks, death-defying stunts and acts of breathtaking wonder, THE ILLUSIONISTS has shattered box office records worldwide and thrilled audiences of all ages with a mind-blowing spectacular showcasing the jaw-dropping talents of the most incredible illusionists on Earth.

Creative Producer Simon Painter said, “We can’t wait to bring this electrifying show to Kentucky for a truly entertaining experience for the whole family. THE ILLUSIONISTS is the most non-stop and powerful mix of outrageous and astonishing acts ever to be seen on the live stage.”
The 2020 tour will feature the following cast members:

David's irresistible mix of humor and skill has been a favorite with audiences around the world. He has consulted for illusionists David Copperfield’s and David Blaine’s TV specials. Most recently, David appeared on Masters Of Illusion and PAX TV's World Magic Awards Special where he was awarded Comedy Magician of the Year.

With a French touch, a bit of humor, and a limitless passion for the art of magic, you will share with Valentin a one-of-a-kind experience of wonder and mystery.

British born Daredevil and Escape Artist Jonathan is widely considered one of the most creative, skilled, and frankly crazy stunt performers in the world; and has been described as “The world’s greatest theatrical daredevil.” Goodwin has been hanged, buried alive, hung by his toes from helicopters, burned at the stake, attacked by sharks, bitten by rattlesnakes, dodged arrows, and climbed under moving cars.

He’s a multi-award winning “mind reader who can’t read minds” and the star of the BBC’s Chris Cox’s Mind Boggling Magic & Killer Magic. He’s performed in three London West End seasons, a sell-out run at Sydney Opera House, and has been seen live by over 750,000 people. The UK’s Guardian newspaper said he is “one of the most exciting entertainers in Britain.” Chris is far too modest to mention it though.

Hailing from Korea, Hyun Joon Kim is regarded as one of the most masterful sleight of hand artists in the world. He has mastered the art of manipulation with extreme discipline and highly skilled technique that leave both audiences and fellow magicians alike in awe.

EVENT AT A GLANCE
The Illusionists - Live From Broadway