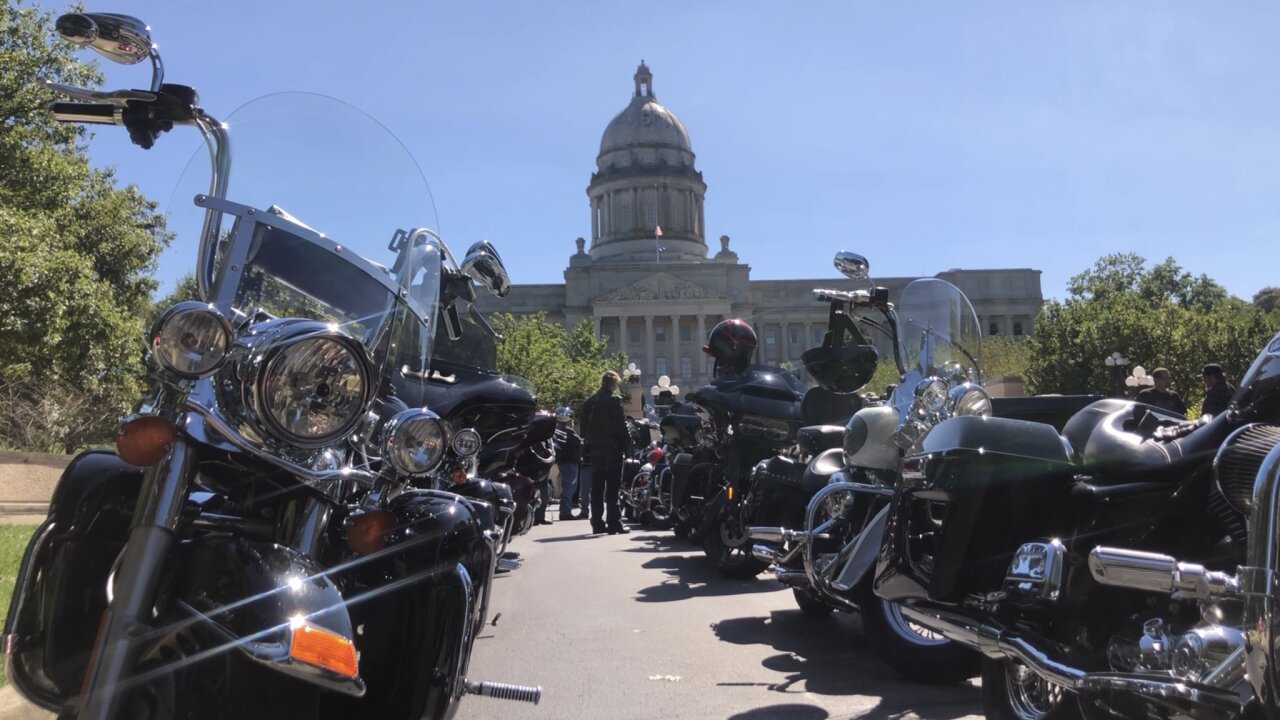 A caravan of motorcycles revved their engines through the streets of Frankfort Saturday afternoon to raise awareness of suicide in veterans during National Suicide Prevention Month.

FRANKFORT, Ky. (LEX 18) — A caravan of motorcycles revved their engines through the streets of Frankfort Saturday afternoon to raise awareness of suicide in veterans during National Suicide Prevention Month.

Approximately 100 people riding more than 60 motorcycles joined the Veteran’s Club’s event. The bikers met in Shelbyville at 10:30 a.m. to ride together to Frankfort.

“It gets [veterans] out. It gets them connected with other people. We believe connection is the key to overcoming suicide, not just for veterans but for everyone,” said the organization’s president Jeremy Harrell. “We want to make sure they understand they’re not alone. We’re here. We’re ready to battle in the trenches with them. We want them to get better. We want them to enjoy life.”

An average of 20 veterans die by suicide every day in the United States, according to the U.S. Department for Veteran Affairs.

“We’re not okay with that number. In fact, one is too many,” Harrell said.

Several groups participated in the event including the Veteran's Club, the Exodus Saints Motorcycle Ministry and the Founding Sons Motorcycle Club.

“I hope it gives them hope. Let’s them see that people care and they’re understanding and want to be nurturing and accept them, to help them work through the issue. To let them know that someone still cares even if it’s a stranger that cares for them. That there’s always something to fight for and that others will stand with you to fight,” Williams said.

The event also served as a fundraiser for the Veteran’s Club. Riders paid $20 when they turned in their waiver and had the opportunity to buy merchandise to benefit the organization.