Voting bills moving through the legislature in Frankfort 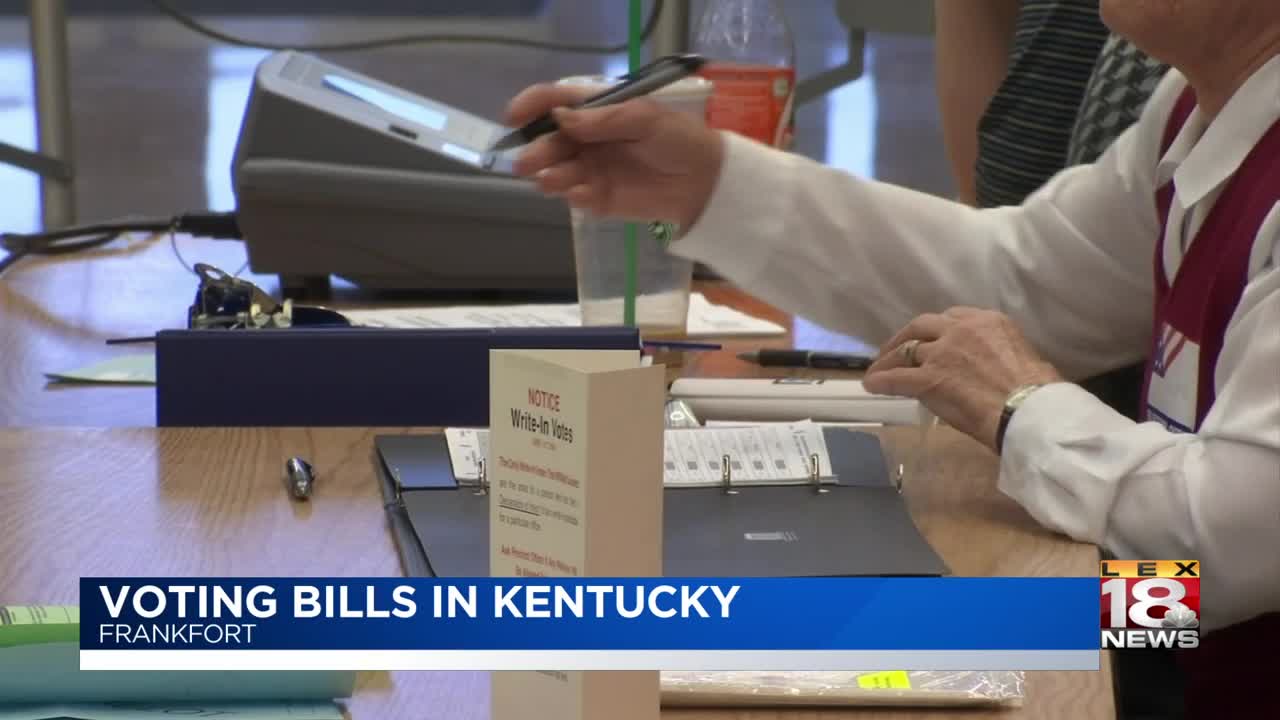 FRANKFORT, Ky. (LEX 18) — When Michael Adams was elected Secretary of State, he stuck to his campaign promise to make it easy to vote, and hard to cheat.

An "easier to vote" bill was recently introduced in the House by Representative Jason Nemes. The "hard to cheat" aspect, the photo ID bill, has passed the House and is a Senate vote away from Governor Andy Beshear's desk.

"If he (Beshear) vetoes it, they'll take it up again. If they have the requisite votes, they would override his veto," said Bob Babbage, LEX 18's Political Analyst.

Babbage served as Secretary of State in the early 1990's. When he was in office, he says there was a focus on combating election fraud. However, the discussion of photo ID's for voters didn't come up.

"I'm not sure in four years, it ever crossed our mind to change anything about the process as it relates to a photo ID because that's just the way it was done," said Babbage.

"I don't support photo ID laws in general. I think they're a solution in search of a problem," said UK Law Professor Josh Douglas.

That's why Douglas recommended changes to SB 2, and the House did ease some restrictions on what would be an acceptable form of identification for voters. Those would include ones from different states and expired photo ID's. If you don't have a photo ID at all, you could also present different forms of identification, such as a Social Security or debit card, and affirm they're qualified. If you are recognized at the poll, the poll worker could also sign a document affirming who you are.

"Really the only person that would be turned away is someone who shows up without a photo ID, without a non-photo ID and a good reason of why they don't have a photo ID, and the poll worker doesn't know that person," said Douglas.

The bill recently introduced by Rep. Nemes, House Bill 596, is what Secretary Adams calls the "easy to vote" bill.

HB 596 includes plans to extend polling hours by one hour, reduce the voter registration deadline from 30 days to 21, and allow counties to implement a vote center model. While still not in favor of any photo ID law, Professor Douglas says there could be a good outcome for voting rights.

"The combination of them, I think, is perfectly fine because the net overall outcome is going to be more confidence in the election system, as well as making it easier to participate which is really the ultimate goal," said Douglas.

But no matter what bill passes, Babbage hopes for a change in the ongoing problem of election participation.

"Across the nation in election after election, half or more of the people don't vote. Something's wrong," said Babbage.

If SB 2 passes and is signed into law, it is scheduled to go into effect for 2020. Douglas is concerned that with so many races at stake this year, that deadline may be too soon.