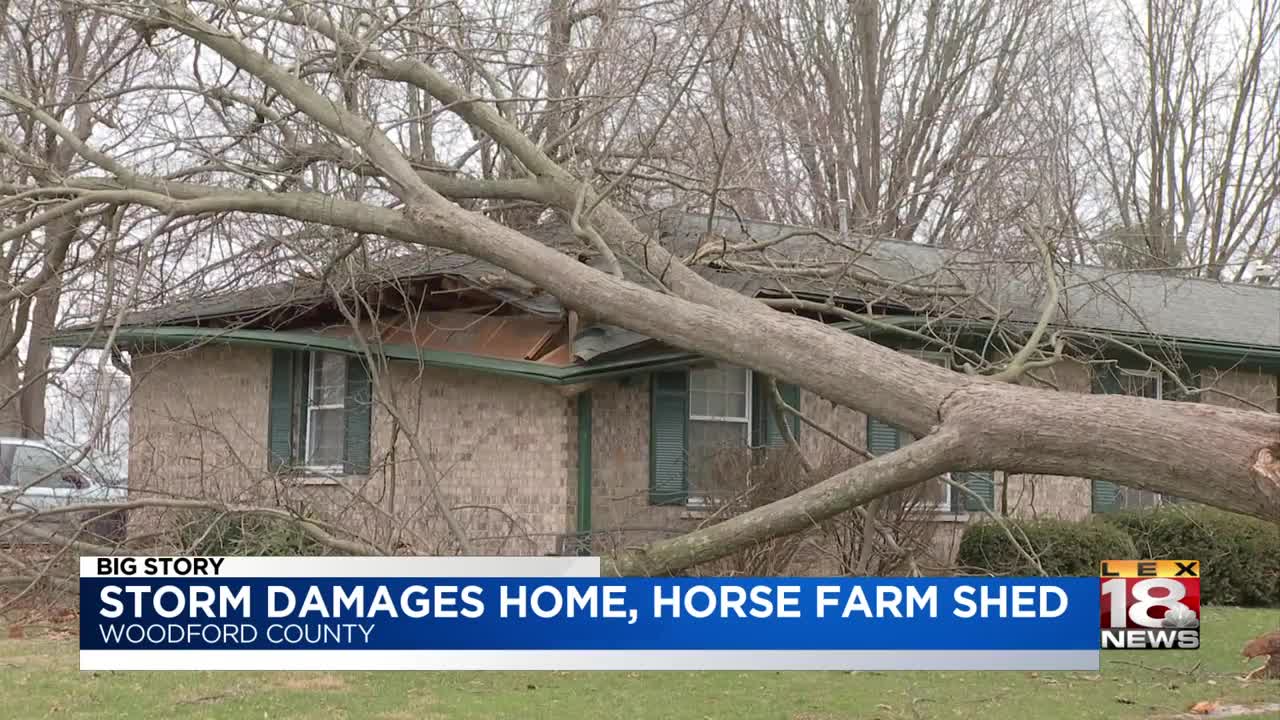 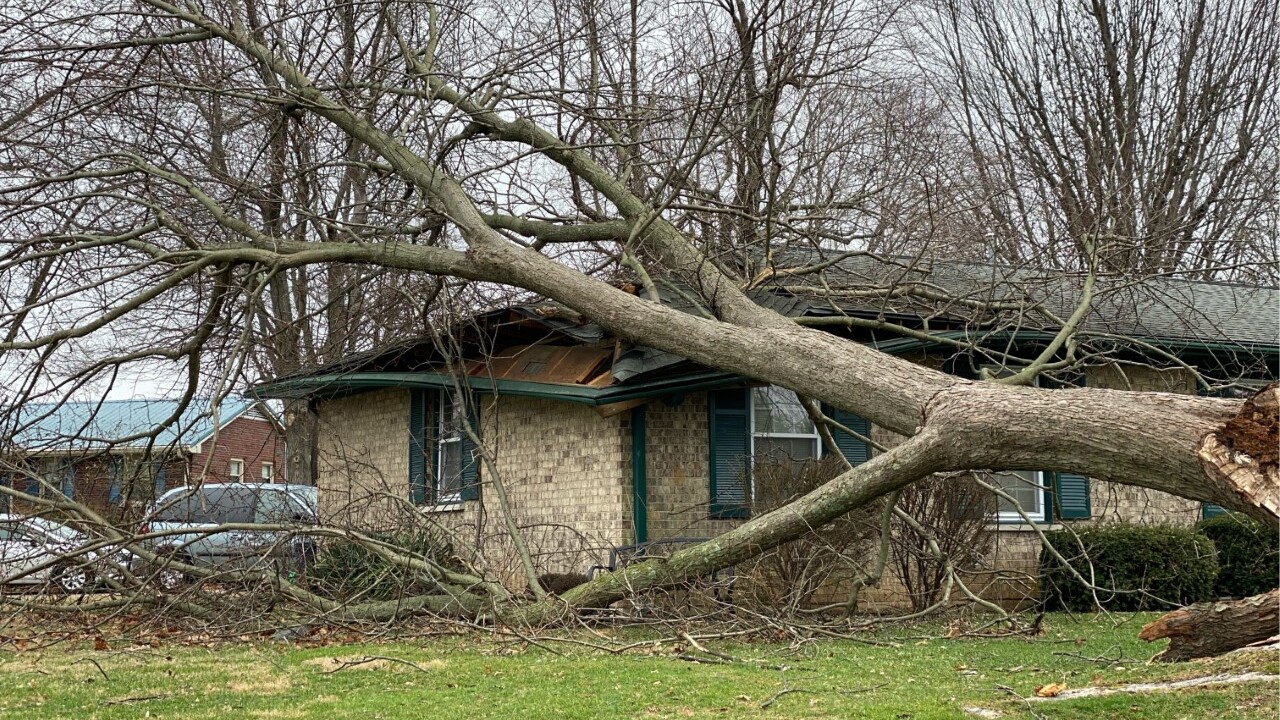 WOODFORD COUNTY, Ky. (LEX 18) — People in Woodford County were working to clean up the mess left behind by this weekend's storms on Monday.

Wind speeds of more than 50 miles per hour knocked down some trees and even did some damage at a horse farm.

“It was blowing rain sideways, and we kind of battened down the hatches," Grey Ridge Farm Owner Bret Day said. "Our crew was back here working in some of the back stalls and actually a couple of them got trapped in the back stalls cause of the rain. It blew and blew and blew."

Day said they were preparing their barns for severe weather when a storm barreled through on Saturday afternoon. But mother nature didn't stop there.

“We knew there was a second wave coming through because we watched the weather pretty closely. We didn't think it was going to be like that, that was a pretty big surprise,” Day said.

Day said a pretty big surprise was finding a several ton outbuilding used by their world champion broodmares had been flipped over Saturday night. Luckily all of the horses were okay.

“I kidded yesterday after the shock of seeing it rolled over, because the broodmares are kind of my wife Susi's deal here at the farm, we all kind of laughed and said we wanted to know who flipped over my wife's she-shed,” said Day.

Just a couple of miles away, also in Woodford County, part of the trunk of a massive tree broke off from the strong winds. The entire thing came crashing down on top of a home in the Sycamore Estates area, breaking a hole in the roof. The homeowners and neighbors told LEX 18 it's amazing no one was hurt.

“The first thing I noticed when I pulled in the subdivision was the tree on my neighbor’s house I was really shocked and surprised,” neighbor Julie Kaufman said.

Kaufman says she breathed a sigh of relief as she arrived home from work on Saturday and saw that her home was safe, although she feels terrible for her neighbors.

The homeowners said the part of the roof that was smashed in mostly covers their attached garage.

They said they feel fortunate for that. They’re also thankful for support from neighbors.

The homeowners are waiting for an insurance assessor to come out to figure out the extent of structural damage and cost of repairs.