'All you can see is death': The regions reeling from the Amazon rainforest fires 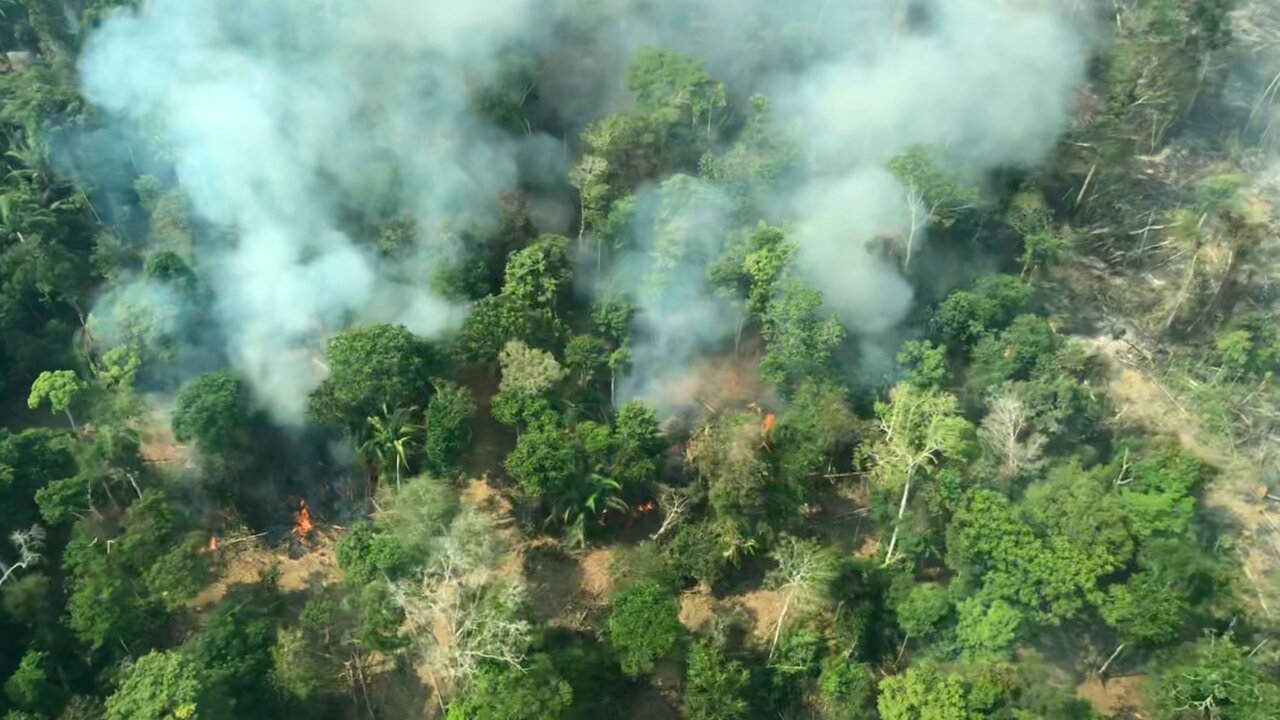 The smoke is so thick, at times the Cessna airplane had to climb to stay out of it. At times your eyes burn and you close the air vents to keep the cabin habitable. Sometimes it is so bad, it is hard to see how bad it actually is on the ground below.

Flying above the Amazon's worst afflicted state (during last week), Rondonia, is exhausting mostly because of the endless scale of the devastation. At first, smoke disguised the constant stream of torched fields, and copses; of winding roads that weaved into nothing but ash. Below, the orange specks of a tiny fire might still rage, but much of the land appeared a mausoleum of the forest that once graced it.

"This is not just a forest that is burning," said Rosana Villar of Greenpeace, who helped CNN arrange its flight over the damaged and burning areas. "This is almost a cemetery. Because all you can see is death."

The stark reality of the destruction is otherworldly: like a vision conjured by an alarmist to warn of what may come if the world doesn't address its climate crisis now. Yet it is real, and here, and now, and below us as we are scorched by the sun above and smoldering land below.

Rondonia has 6,436 fires burning so far this year in it, according to Brazil's National Institute for Space Research (INPE). NASA says the state has become one of the most deforested states in the Amazon. Brazil has 85% more fires burning than this time last year -- up to 80,626 nationwide as of Sunday night.

President Jair Bolsonaro, after being scolded, called a liar, and threatened with trade sanctions by some leaders of the G7, declared on Friday he would send 43,000 troops to combat the Amazon's inferno. (He had previously fired the director of INPE for releasing figures he didn't agree with, and in his Friday speech still said the Amazon should be used to enrich Brazil's people).

Yet while the Amazonian city of Porto Velho reels from a cloud of smoke that blights its mornings, and from the occasional C130 cargo plane buzzing overhead, the forest around it that we flew over showed no sign of an increased military presence Sunday.

The task is enormous, almost insurmountable. In the areas where the smoke is most intense, the sun barely creeps through to shine off the river. I saw one bird in this natural sanctuary in three hours. Flames seem to move in a steadfast line across the savannah, swallowing whole what forest remains in their path.

There are the occasional buildings, isolated in the newly created farmland around them. But no signs of human life, just cattle, caught in the swirling clouds and flame. They are often the reason for the fires: the rush to deforest sparked by a growing global market for beef. Cattle need soy grown on the fields, or to graze on the grass, and then become the beef Brazil sells to China, now a trade war with the United States has changed the market.

The reason for the fires is disputed, but not that convincingly from this height. Bolsonaro has said that they are part of the usual annual burn, in this, the dry season. But his critics, many of them scientists, have noted the government's policy of encouraging deforestation has boosted both the land clearance that helps fires rage, and given the less scrupulous farmer license to burn.

As the rate of land clearance reaches one and a half football fields a minute -- the statistics for the damage done to the forest emulate the incomprehensible mystery of its vanishing beauty -- many analysts fear a tipping point is nearing.

Brazil is already dealing with the likelihood of permanent changes to its ecology. "The Amazon is extremely fundamental for the water system all over the continent," said Villar from Greenpeace. "So if we cut off the forest we are some years not going to have rain on the south of the country."

It is hard to see any claims of future doom as alarmist, when you see skylines rendered invisible by smoke, flames march across the plains like lava, and hear disinterested taxi drivers tell you they have never seen it so bad. The apocalyptic future is here, and it is impatient.