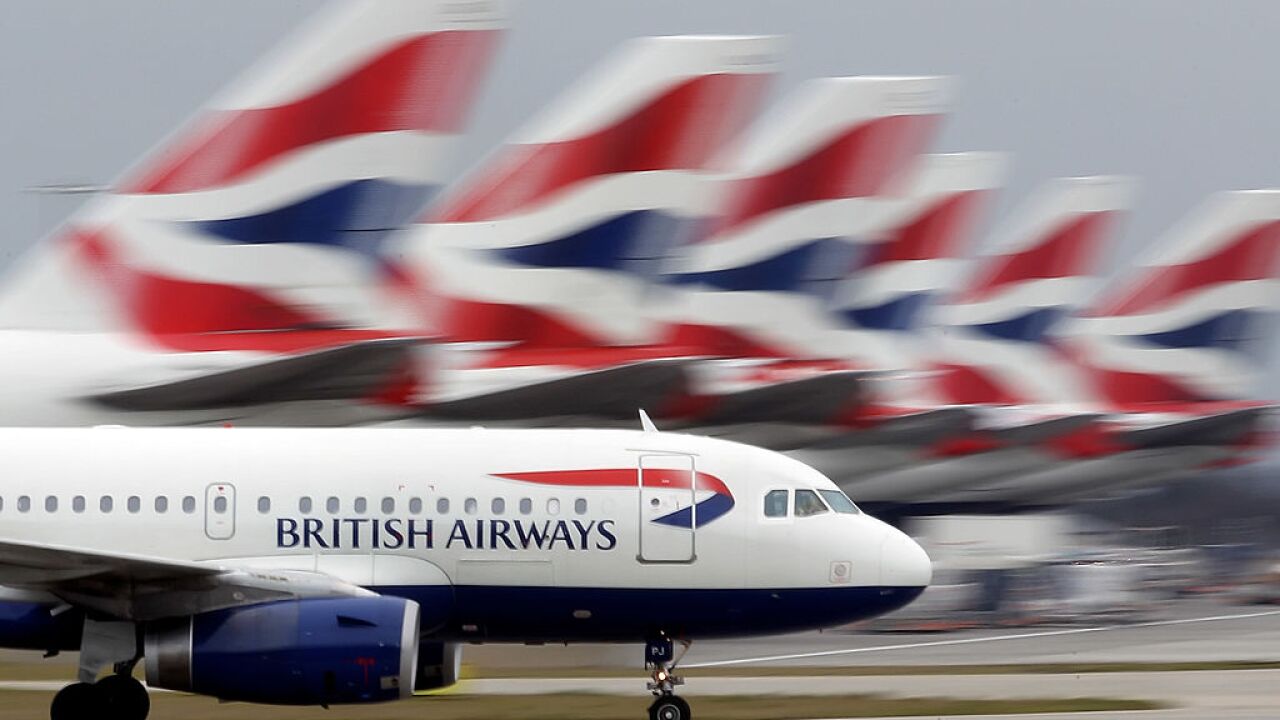 The cancellations hit thousands of travelers using London's Heathrow and Gatwick airports. Another 300 flights faced delays of up to an hour, according to the airline's website.

British Airways, which is owned by International Airlines Group, said its check-in and flight start systems suffered a partial crash, and that it was using "backup manual systems to keep our flights operating."

A spokesperson for the airline said it would allow customers on canceled flights to rebook for between August 8 and August 13.

British Airways did not say what caused the computer outage.

It's not the first time the airline has suffered a computer crash in London.

In 2017, British Airways canceled all flights from Heathrow and Gatwick airports after "a major IT system failure" caused severe disruption to flight operations worldwide, stranding 75,000 customers.

The latest snafu comes just one day after a British Airways flight from London to Spain was evacuated after smoke filled the cabin moments before the flight was due to land.