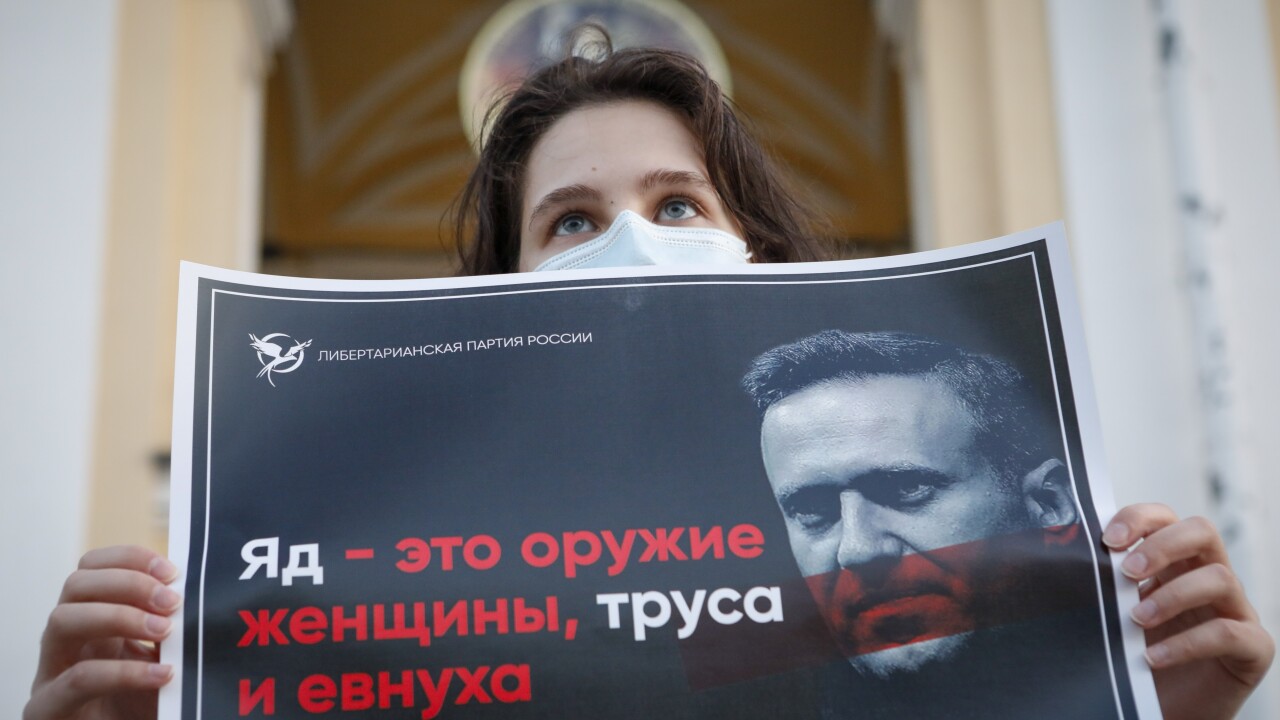 Copyright 2020 The Associated Press. All rights reserved.
Elena Ignatyeva/AP
FILE - In this Thursday, Aug. 20, 2020 file photo, a protester stands holds a poster reads "poison is the weapon of a woman, a coward and a eunuch!" during a picket in support of Russian opposition leader Alexei Navalny in the center of St. Petersburg, Russia. The German hospital treating Navalny says tests indicate that he was poisoned. The Charité hospital said in a statement Monday, Aug. 24, 2020 that the team of doctors who have been examining Navalny since he was admitted Saturday have found the presence of “cholinesterase inhibitors” in his system. Cholinesterase inhibitors are a broad range of substances that are found in several drugs, but also pesticides and nerve agents. (AP Photo/Elena Ignatyeva, File)

BERLIN (AP) — The German government says tests provided “proof without doubt” that Russian opposition leader Alexei Navalny was poisoned with the same kind of Soviet-era nerve agent that British authorities identified in the 2018 attack on a former Russian spy.

Navalny is one of Russian President Vladimir Putin’s fiercest critics. He fell into a coma on a flight back to Moscow from Siberia on Aug 20.

Doctors at Berlin’s Charite hospital last week said there were indications Navalny had been poisoned.

In a statement, the German government urged Russia to explain itself in regards to the alleged poisoning.

The Kremlin says it hasn’t been informed yet of Germany's nerve agent allegation.