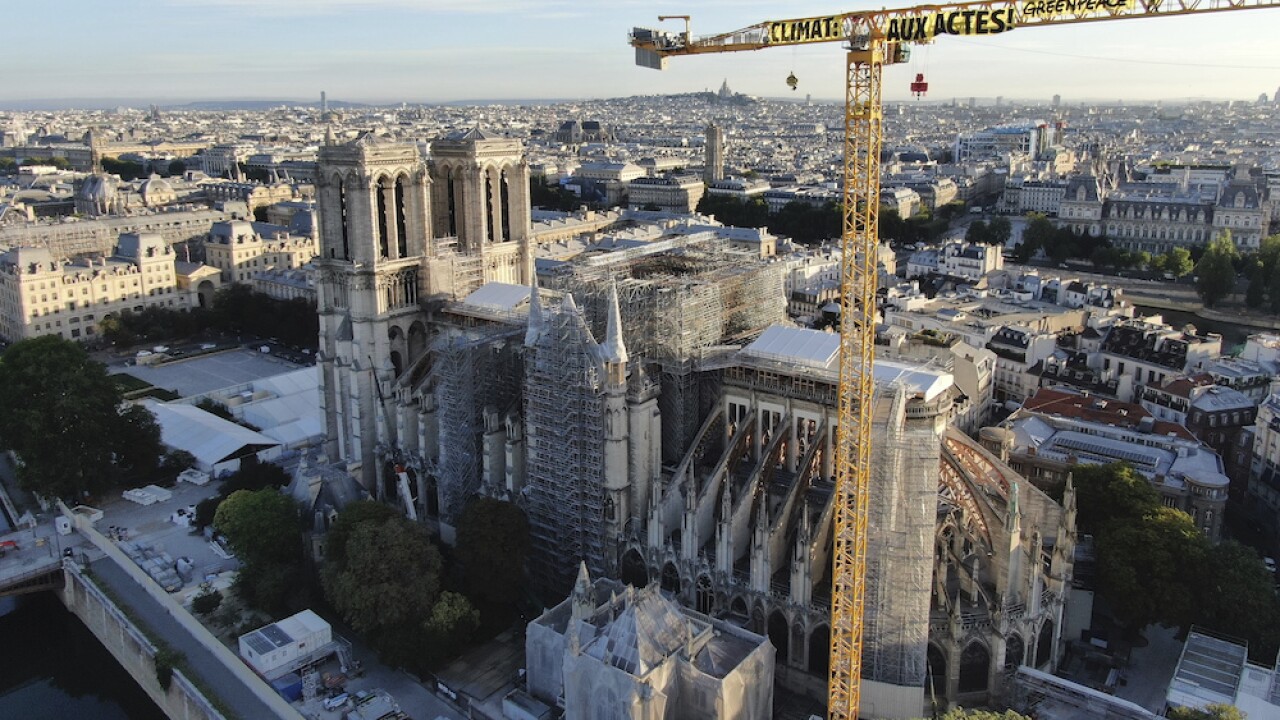 That means no swimming pool on the roof of the medieval Paris landmark, no contemporary glass spire or any other modern elements.

To stay historically accurate, it will again be built with potentially toxic lead.

French President Emmanuel Macron had initially pushed for a contemporary touch atop the cathedral, prompting eye-catching proposals from architects around the world. But he came around to the traditionalists’ argument and approved reconstruction plans this week for the 12th-century monument that are loyal to the previous version of the 12th-century monument.

Macron has said he wants the project completed by the time Paris hosts the Olympic games in 2024. According to The Guardian, officials have said the timeline is reasonable, but construction has already faced delays due to weather and the COVID-19 pandemic.