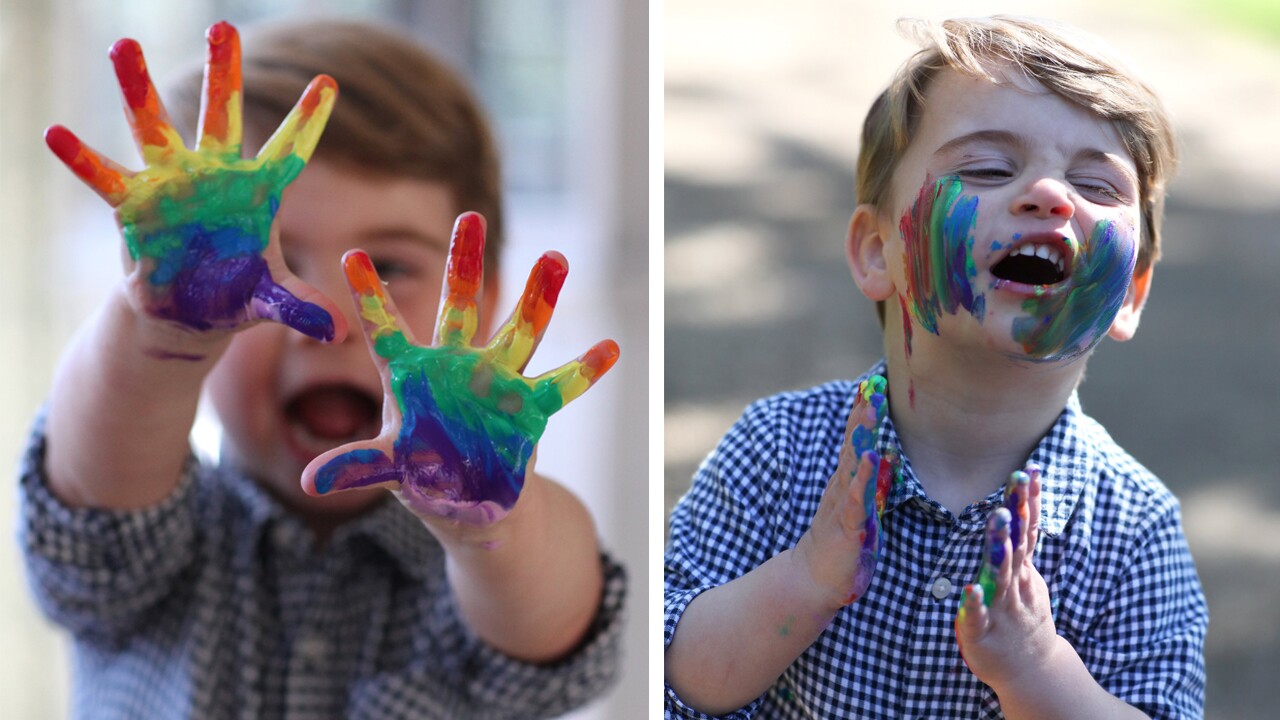 Children in the U.K. are drawing rainbows and putting them in their windows to spread hope during the coronavirus pandemic.

Prince Louis joined the trend during a photoshoot for his birthday. The son of Prince William and Duchess Kate turned two on Thursday.

Kensington Palace shared a preview of the photos on Wednesday that looked very posh, but the official photos posted on Thursday brought a smile to many knowing parents' faces.

Sharing a sneak peek of Prince Louis’s handiwork ahead of his second birthday!🎨

We are pleased to share images ahead of Prince Louis’s second birthday tomorrow, taken by The Duchess this April. pic.twitter.com/HLm5tXVYHy

Parents around the world can relate to the official photos posted the next day.

Thank you for your lovely messages on Prince Louis’s second birthday 🌈. pic.twitter.com/42IauvVpEB

The fun Twitter post reminds everyone that for every perfect royal picture, there are plenty of the kids just being kids. Sometimes the "un-perfect" photo becomes the perfect photo because it shows your child's personality.

This story was originally published by Victoria Lewis at WPTV.