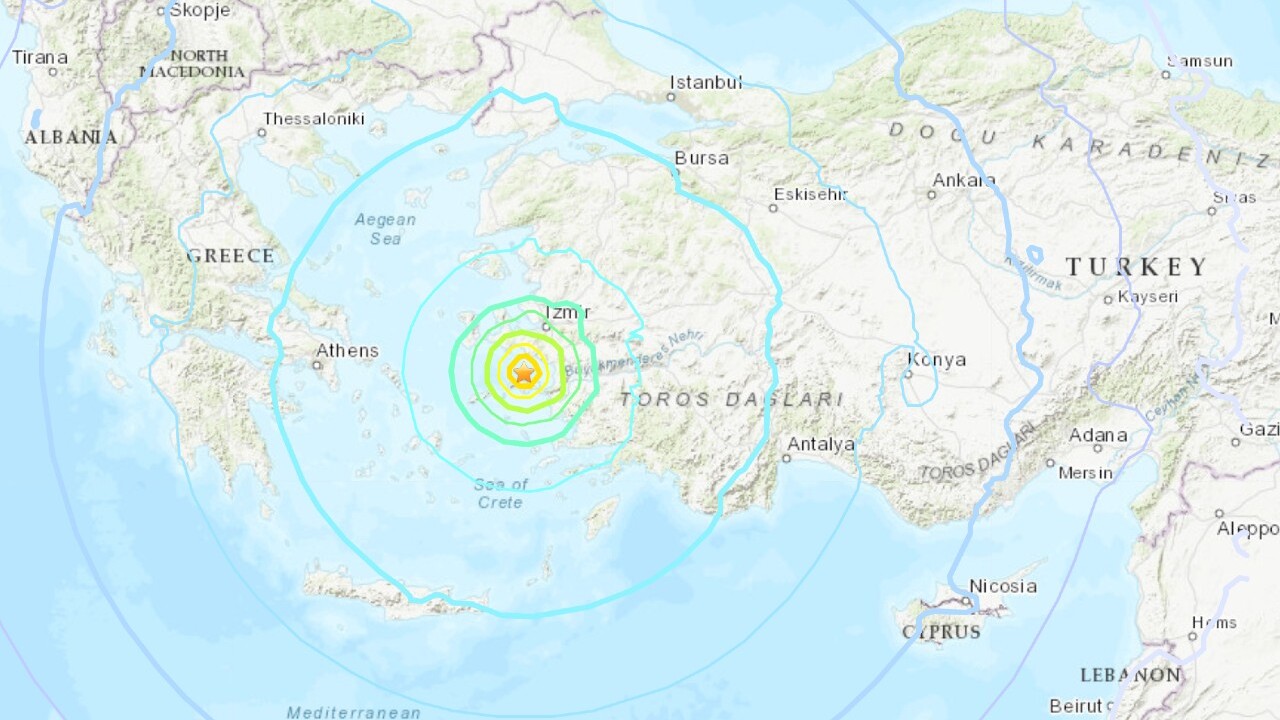 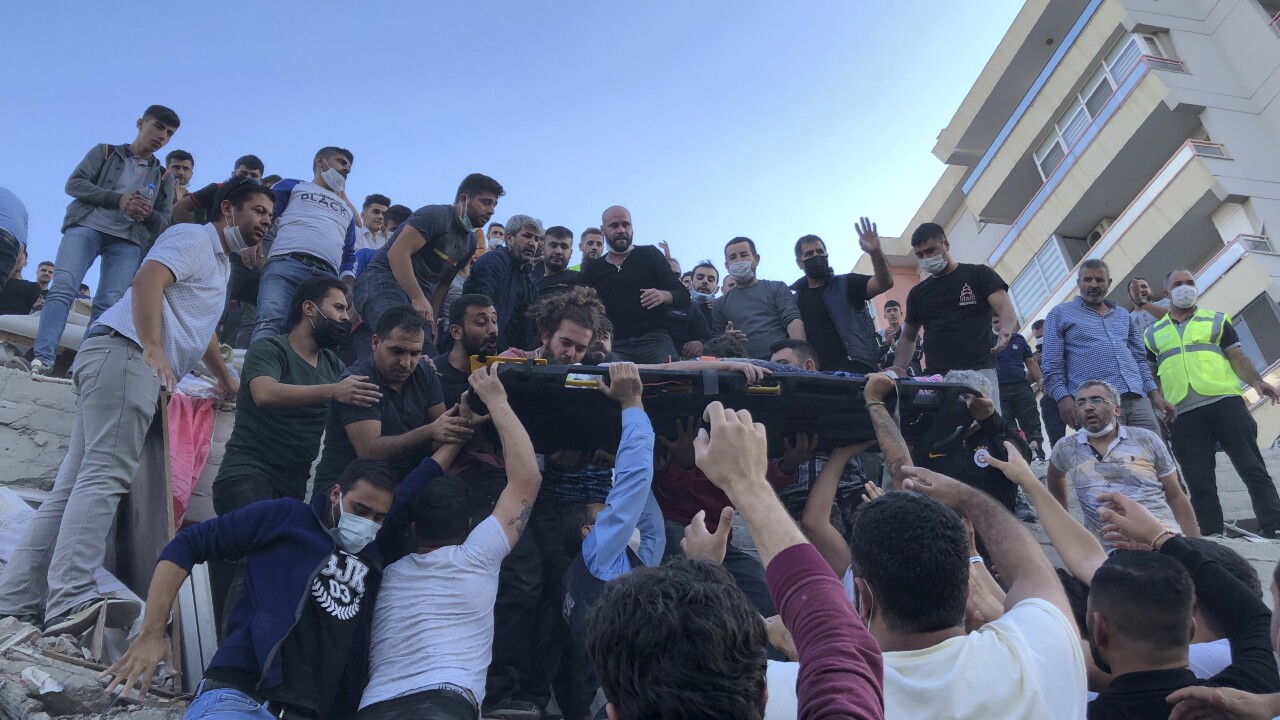 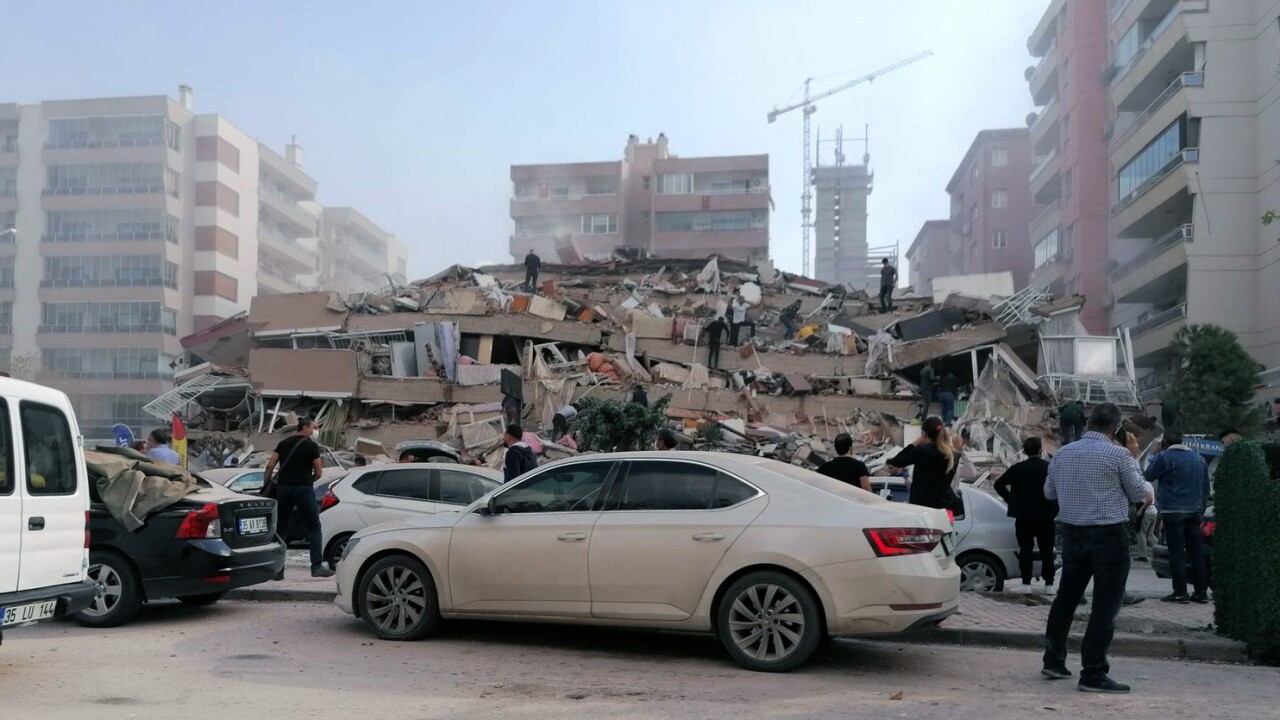 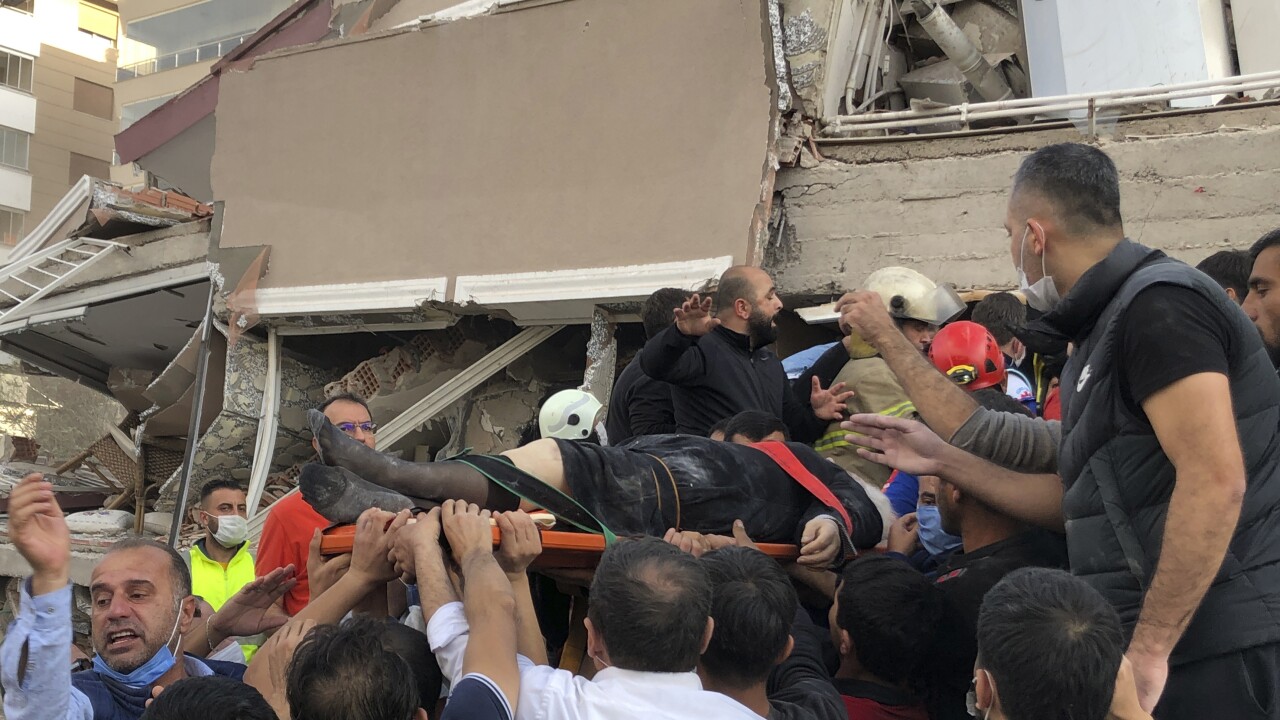 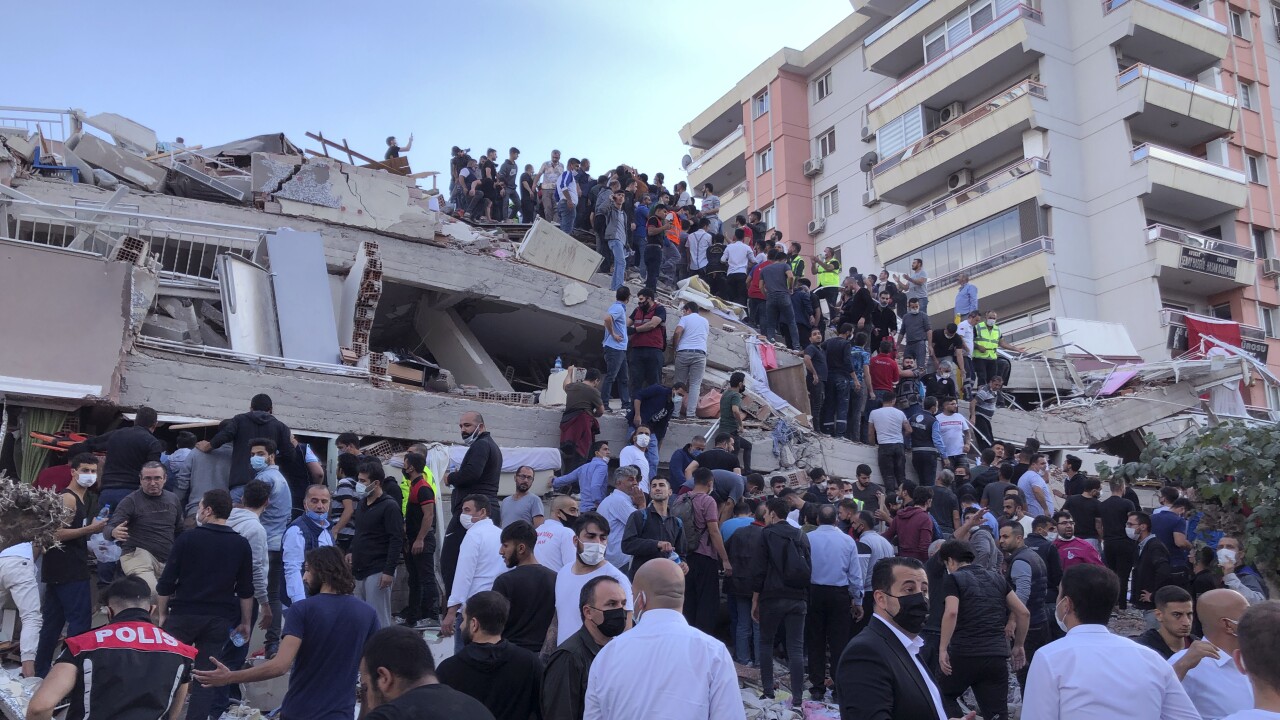 IZMIR, Turkey (AP) — A strong earthquake struck in the Aegean Sea between the Turkish coast and the Greek island of Samos on Friday, collapsing buildings in western Turkey.

Earthquake officials said a small tsunami also struck the Seferisar district of the city of Izmir.

Officials said that at least 14 people were killed as a result of the quake and more than 400 others were injured.

Officials said 12 people were killed in Izmir, Turkey's third-largest city, including one person who drowned. Two teenagers were killed on Samos when a wall collapsed.

Izmir’s mayor said about 20 buildings collapsed in the city of about 4.5 million residents and local media showed injured people being pulled from the wreckage of a building.

Turkish media also showed wreckage of a multiple-story building in central Izmir, with people climbing it to reach rescuers. Smoke was filmed in several spots.

Media in the area said the earthquake was felt across the regions of Aegean and Marmara, where Istanbul is located.

The magnitude 6.6 earthquake was centered in the Aegean at a depth of 16.5 kilometers, or 10.3 miles.