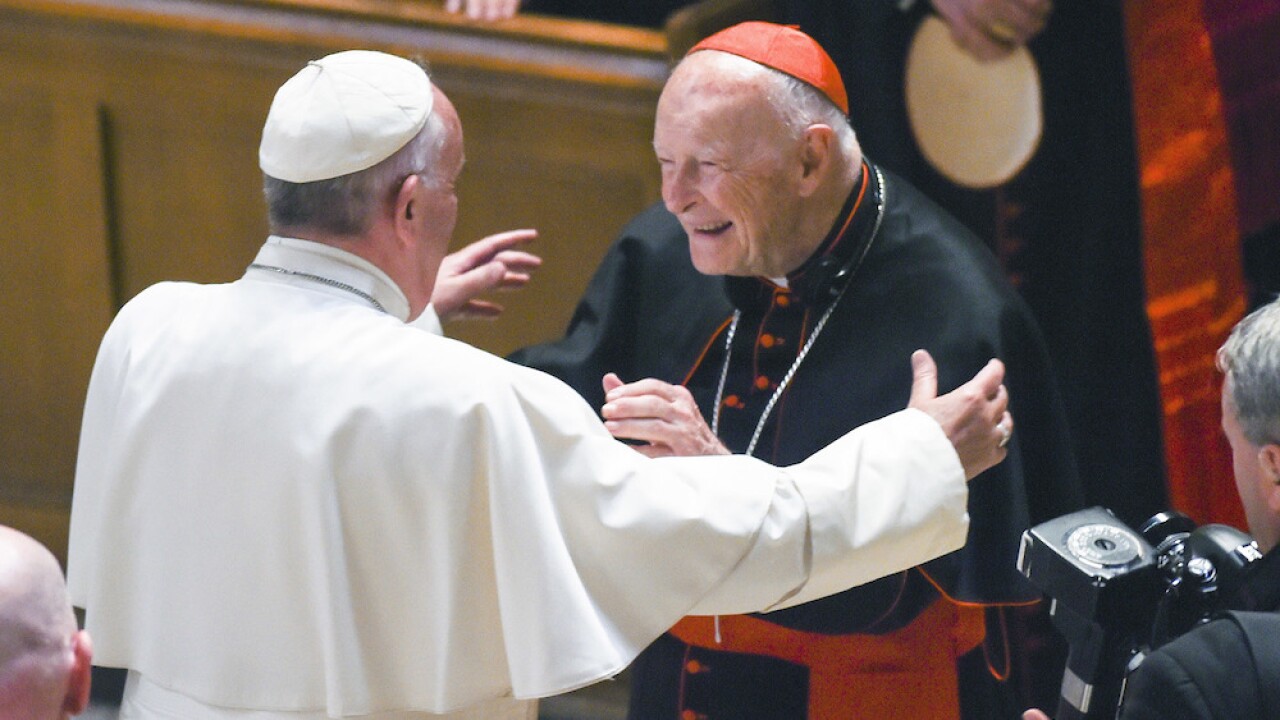 Jonathan Newton/AP
FILE - In this Sept. 23, 2015 file photo, Pope Francis reaches out to hug Cardinal Archbishop emeritus Theodore McCarrick after the Midday Prayer of the Divine with more than 300 U.S. Bishops at the Cathedral of St. Matthew the Apostle in Washington. The retired archbishop of Washington, D.C. has been removed from public ministry over allegations he sexually abused a teenager while a priest in New York more than 40 years ago. (Jonathan Newton / The Washington Post via AP, File)

ROME — A Vatican investigation into ex-Cardinal Theodore McCarrick has found that bishops, cardinals and popes downplayed or dismissed reports that he slept with seminarians. But the 400-plus-page report determined that Pope Francis merely continued his predecessors’ naive handling of the predator until a former altar boy alleged abuse.

The Vatican took the extraordinary step Tuesday of publishing its two-year investigation into the American prelate’s rise and fall to restore credibility to the U.S. and Vatican hierarchies, which have been shattered by the McCarrick scandal.

Francis defrocked McCarrick, 90, last year after a Vatican investigation confirmed decades of allegations that the successful church fundraiser had sexually molested adults as well as children.