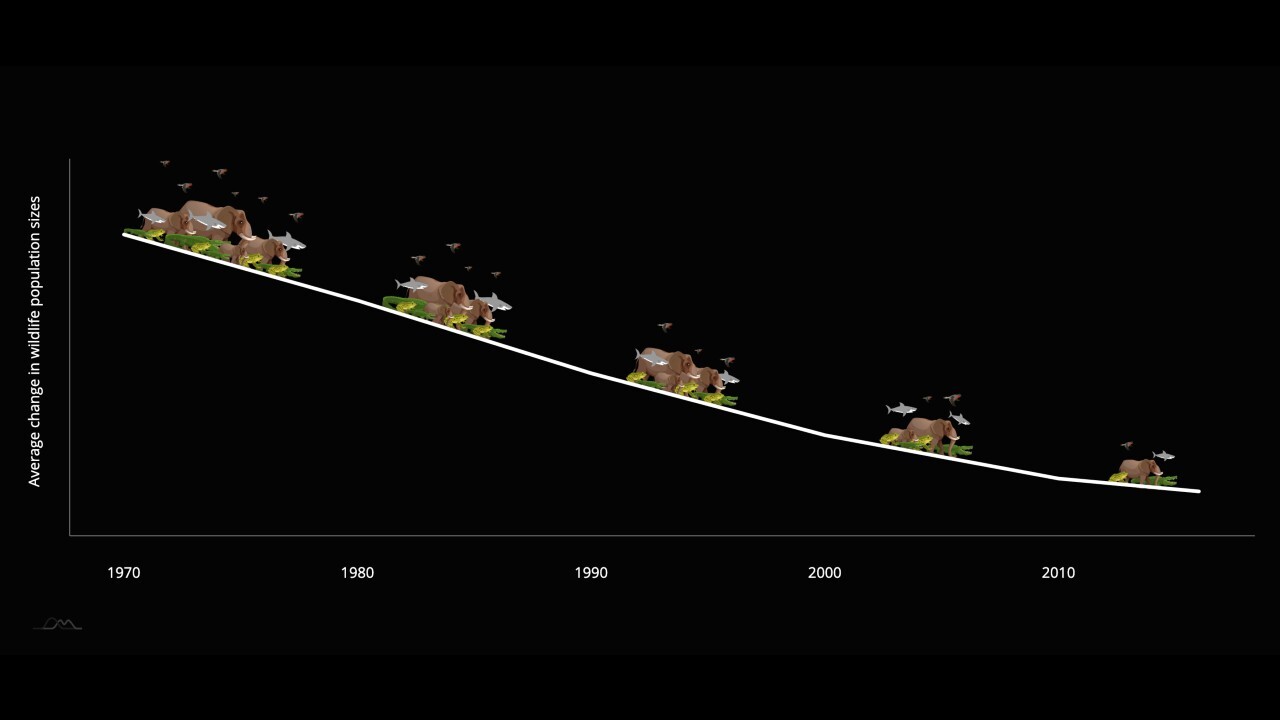 Living Planet Report 2020
The population sizes of mammals, birds, fish, amphibians and reptiles have seen an alarming average drop of 68% since 1970.<br/>

Globally, population sizes of mammals, fish, birds, reptiles and amphibians declined an average of 68% between 1970 and 2016, according to a new report from the World Wildlife Fund.

WWF says populations in Latin America and the Caribbean have fared worst, with an average decline of 94%. Researchers also found that global freshwater species have also been disproportionately impacted, declining 84% on average.

“Why does this matter? It matters because biodiversity is fundamental to human life on Earth, and the evidence is unequivocal – it is being destroyed by us at a rate unprecedented in history,” the Living Planet Report 2020 says. 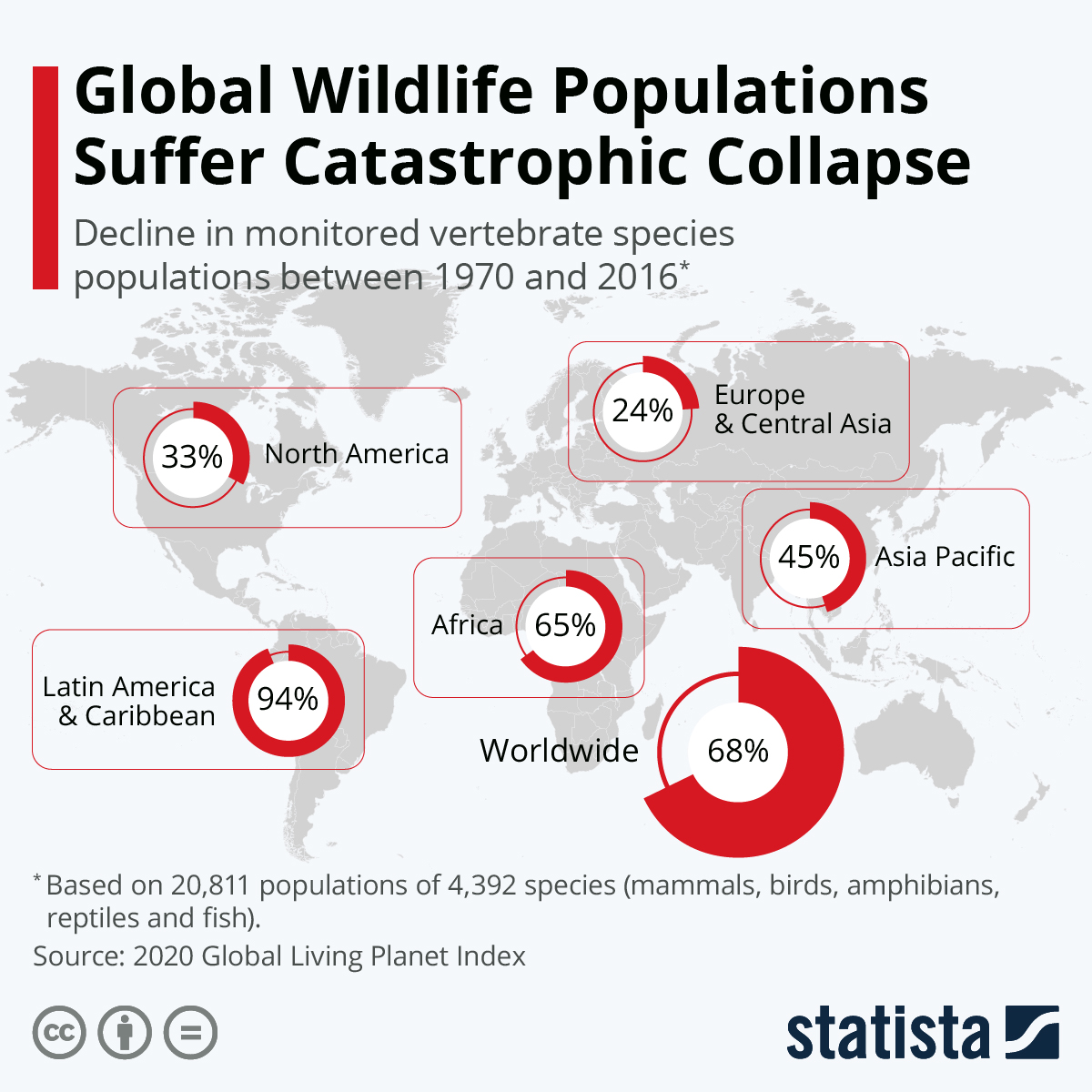 You will find more infographics at Statista

WWF says these drastic species population trends signal a fundamentally broken relationship between humans and the natural world. The organization says the consequences can be catastrophic and points to COVID-19 pandemic as proof.

“As humanity’s footprint expands into once-wild places, we’re devastating species populations. But we’re also exacerbating climate change and increasing the risk of zoonotic diseases like COVID-19,” wrote WWF-US President and CEO Carter Roberts. “We cannot shield humanity from the impacts of environmental destruction. It’s time to restore our broken relationship with nature for the benefit of species and people alike.”

The report points to one underlying cause for the deterioration of nature and decline in species populations: humanity. It claims people are now using more of the Earth’s resources than can possibly be replenished, which has a disastrous impact on biodiversity.

Researchers believe the change in land use is the most direct driver for loss of biodiversity, particularly the conversion of habitats into agricultural systems. The report says climate change will become an important driver of biodiversity loss in the coming decades.

All hope is not lost though. The report says modelling predicts that the declining trends can be flattened and reversed with urgent and unprecedented actions. These actions include transforming food production and consumption, aggressive movement to tackle climate change, and investments that conserve, protect and restore nature.

Overall, the report urges world leaders to treat biodiversity conservation as a non-negotiable and strategic investment to preserve human health, wealth and security.

“While the trends are alarming, there is reason to remain optimistic,” said WWF Global Chief Scientist Rebecca Shaw. “Young generations are becoming acutely aware of the link between planetary health and their own futures, and they are demanding action from our leaders. We must support them in their fight for a just and sustainable planet.”