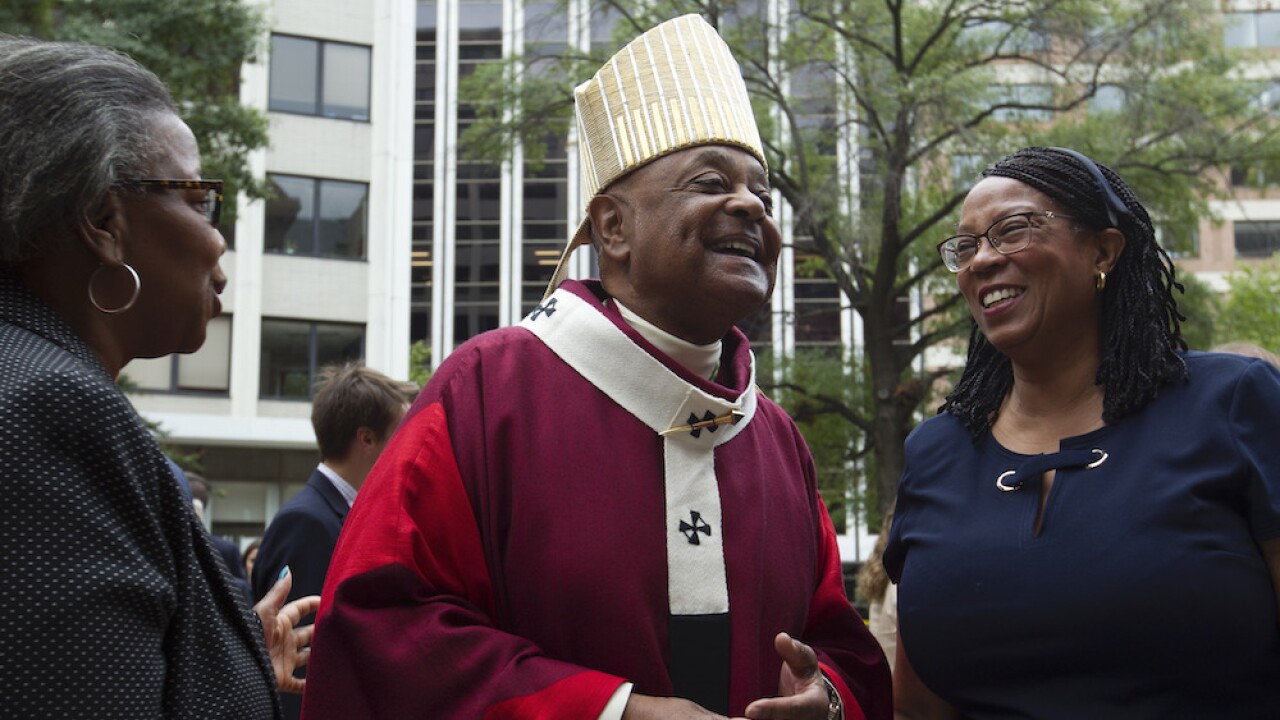 Copyright 2019 The Associated Press. All rights reserved
Jose Luis Magana/AP
FILE - In this Sunday Oct. 6, 2019, file photo, Washington D.C. Archbishop Wilton Gregory greets churchgoers at St. Mathews Cathedral after the annual Red Mass in Washington. Pope Francis on Sunday, Oct. 25, 2020, named 13 new cardinals, including Washington D.C. Archbishop Wilton Gregory, who would become the first Black U.S. prelate to earn the coveted red hat. In a surprise announcement from his studio window to faithful standing below in St. Peter’s Square, Francis said the churchmen would be elevated to a cardinal’s rank in a ceremony on Nov. 28. (AP Photo/Jose Luis Magana, File)

In a surprise announcement to the faithful in St. Peter’s Square, Francis said Sunday that the 13 churchmen would be elevated to a cardinal’s rank on Nov. 28. They also include an Italian who is the long-time papal preacher at the Vatican, and churchmen from Rwanda, the Philippines and Chile.

The selections of Gregory and of a Vatican bishop from Malta won praise from LGBTQ advocates in the United States, days after Pope Francis grabbed headlines for voicing support for civil unions for gay couples.