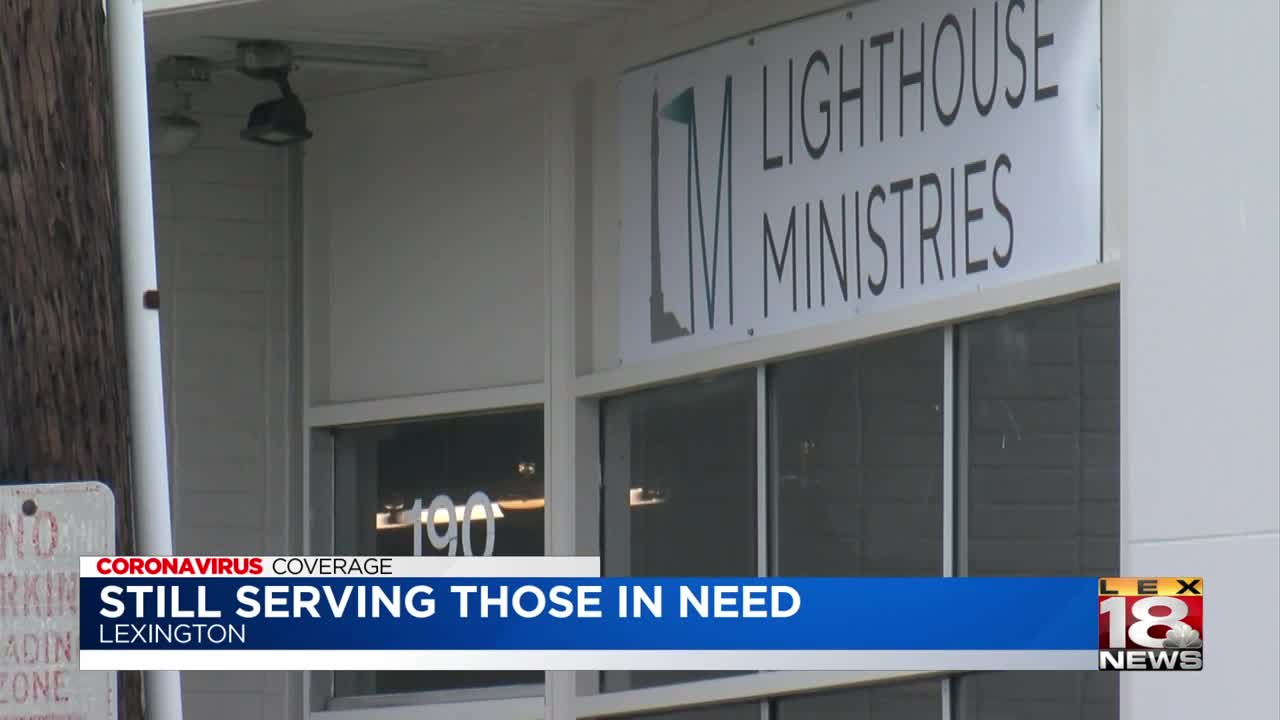 LEXINGTON, Ky. (LEX 18) — In the past few weeks, the homeless population has been hit hard by the coronavirus restrictions that closed many day-centers, put shelters on lockdown and restricted visitors to public meeting places.

Groups like Lighthouse Ministries in Lexington are doing their best to stay open and still provide meals to the homeless twice a day at noon and 6:00 p.m.

Lighthouse Ministries Executive Director Tay Henderson said they try to encourage social distancing but it is not easy with the increase in patrons.

"If I lined them up six feet apart, we would probably be down to the courthouse," explained Henderson.

They're no longer allowing the homeless to come inside to eat and are now using to-go boxes. She said her team keeps the line moving quickly.

"They come in, they come we pass it out, we don't let anybody in. You know, we're protected they're protected and we just rope 'em," Henderson said.

Henderson explained the long line reminds her of the Great Depression.

Lighthouse Ministries is asking for volunteers as well as supplies. Their requests are bread, chips, individually packaged drinks like bottled water, paper products including cups and napkins as well as cleaning supplies.

Those supplies can be dropped off at their Spruce Street location in Lexington.

They are also accepting monetary donations at www.lighthouselex.org.