On pace for Lexington's driest and hottest September 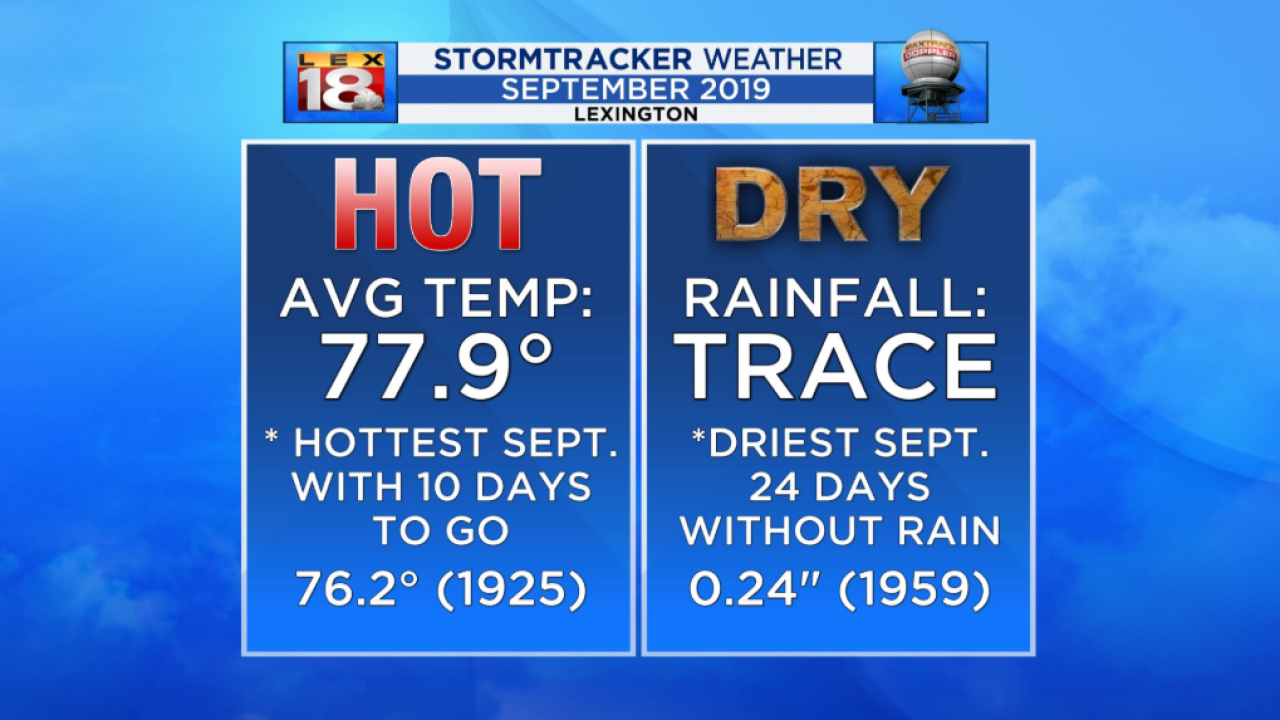 We are now two-thirds of the way through September. If today was the last day of the month, this would be the hottest AND driest September on record. Lexington's average temperature so far this month is 77.9°. That's nearly two degrees warmer than the current hottest September on record! Along the way there have been 13 days with highs of 90° or higher, including a 100-degree day on the 10th. Our monthly 90-degree day total is tied for the fourth most with 2016. After this weekend we'll have the second most 90-degree days in the September. On the year there have been 51 days of 90° or hotter, the 11th most in Lexington weather history. We need three to crack the top 10; seven more to reach the top five.

As for rainfall, it's been bone-dry. Only a trace of rain has been recorded at Blue Grass Airport since the start of the month. The dry spell goes back to the final days of August. Even the current driest September had some measurable rainfall. In 1959 only 0.24" of rain fell. This year will likely fall from the top spot following the two small chances for rain next week. Less an half an inch of rain would keep September 2019 in the top 5; around 0.8" for a top 10 finish.

We are now up to 24 days without any measurable rainfall in Lexington, as of Friday. This is tied for the fifth longest dry stretch. It's a crowded sit at the #5 spot - currently tied with dry stretches in September 1959, October/November 1952, and October/November 1903. Two more dry days are coming, so this bone-dry spell will be tied for third. If Monday is also dry, the current stretch, which goes back to August 27th, will be alone in third place.