The largest tornado outbreak of the 20th century. 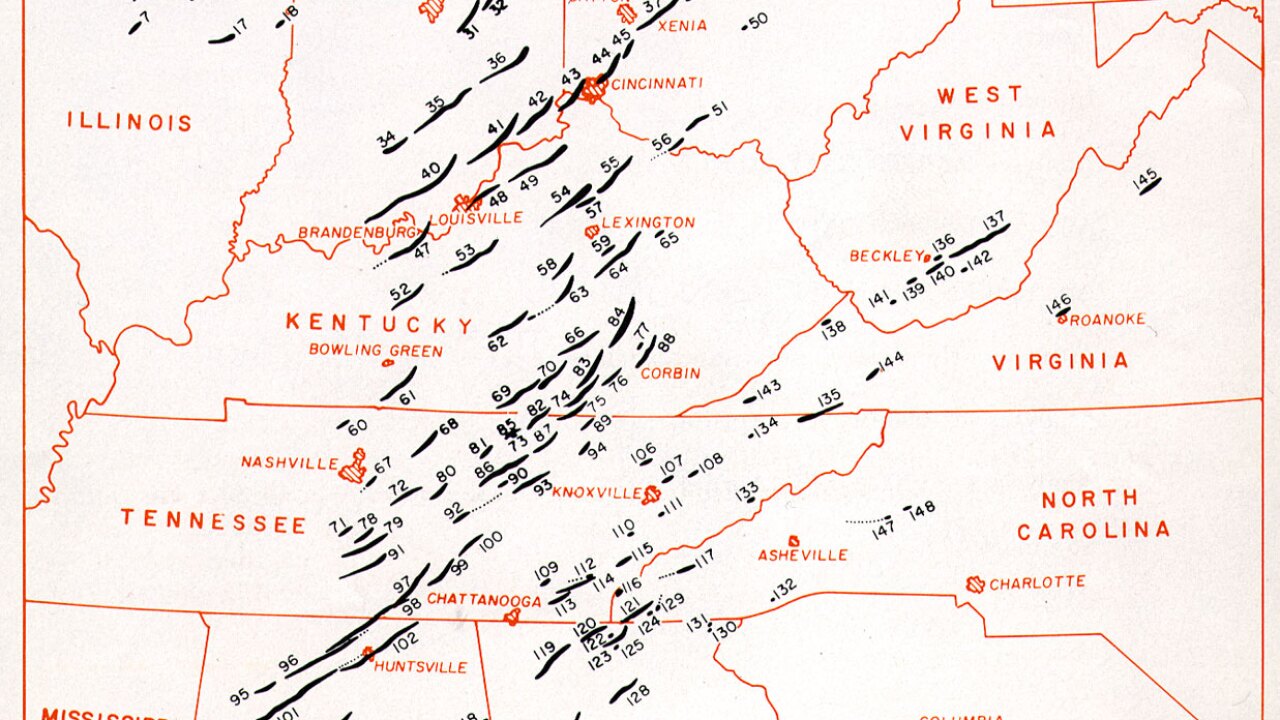 Today is a notorious day in weather history. On this date 46 years ago the largest and most violent tornado outbreak of the 20th century ripped across 13 states from the Great Lakes to the Deep South. Of course, I'm referring to the April 3-4, 1974 Super Outbreak. It's a day that those who lived through it certainly won't forget. This is an event that is studied by meteorology students. And an event that has been discussed and reviewed countless times in the meteorological community. In an 18-hour period there were 148 tornadoes, including 30 that were classified F4 or F5 (at the time the Fujita scale was being used, not the Enhanced Fujita scale that we use today.) No other event compared until the outbreak of April 25-28, 2011 that had 358 tornadoes.

Here was the set up. On April 1st powerful low developed across the Plains. There was a well-advertised severe potential for the 3rd. A sharp temperature contrast was created with an intense surge of very moist air across the Mississippi and Ohio valleys. This would fuel further intensification of severe thunderstorms.

Some of the strongest tornadoes tore through Kentucky, Indiana, and Ohio. The deadliest tornado of the outbreak, and still one of the top 10 costliest US tornadoes, devastated Xenia, OH. 27 tornadoes occurred in less than 24 hours around of Commonwealth. There were 79 fatalities and nearly 1,500 injuries. This day produced Kentucky's most intense tornadoes. Two F5s were confirmed - one in Meade County, more about this one later, and another that cut through Boone County.

Central Kentucky saw a fair share of strong tornadoes that day. The biggest and strongest tornado to ever hit Harrison County occurred on this date 46 years ago. Cynthiana experienced damage from a F3 tornado. The image above is of the F4 tornado that tore through Garrard, Madison, and Clark counties. This tornado impacted mostly rural areas, but still resulted in seven deaths and 28 injuries.

The most notable tornado to impact the state was the F5 that demolished the town of Brandenburg in Meade County. The tornado spun up in Breckinridge County before rapidly intensifying as it swept into Meade County. The tornado was 2400 feet wide as it blew through the small town of Brandenburg. 128 homes and 30 businesses were destroyed. 28 people lost their lives. The tornado crossed the Ohio River as a F4 then quickly dissipated in southern Harrison County, Indiana.

The 1974 Super Outbreak taught us about tornado detection and warning. This was a pre-Doppler radar era. (The technology didn't become widely used until the '80s.) This outbreak gave a sense of urgency for more research and development. Without Doppler radars to detect rotation, or the potential for rotation, tornado warnings were only issued once visual confirmation was received. This didn't give people along the track of the tornado to seek shelter in a timely manner. The warnings that were issued were transmitted through teletype and could get backlogged. A faster and more efficient warning system was implemented soon after the outbreak. We take for granted our weather radios and cell phones in this day and age.

Dr. Ted Fujita, who is known as Dr. Tornado, personally surveyed most of the tornado paths. His analysis helped us to better under these large-scale outbreaks, tornado families, and microbursts. Several tornado myths were also de-bunked.
1. Buildings don't explode due to pressure differences. Opening windows wastes valuable time that could be used to get to safety.
2. Tornadoes avoid mountains. A tornado in Guin, AL moved over the Monte Sano Mountain.
3. Rivers don't matter. The Brandenburg tornado crossed the Ohio River.