One year ago today: Polar vortex 2019 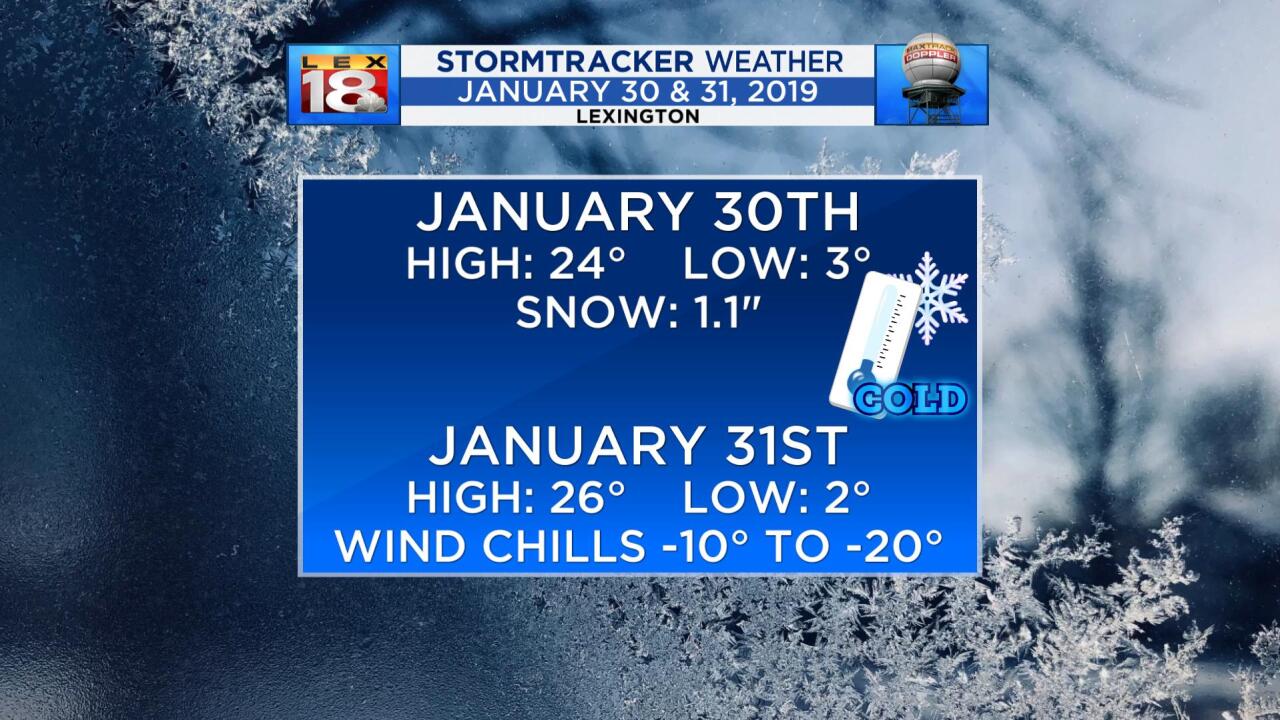 Comparatively speaking, today's high in the lower 40s with intervals of sunshine and clouds was pretty nice compared to what we were dealing with at this time last year. The polar vortex sent the coldest air of the season southward. On January 30, 2019, Lexington picked up an inch of snow with a high in the mid 20s. The following morning the temperature dropped the 2° with wind chills of -10° to -20°. That was last winter's coldest temperature.

The Midwest, Ohio Valley, and Great Lakes felt the brunt of the cold. Chicago experienced the coldest temperatures in 34 years. Record lows were set when the temperature dropped to -20°, in some cases -30°. Highs never made it to 0 degrees.

I "celebrated" the polar vortex's 2019 appearance with one of my favorite experiments. Very careful I tossed hot water into frigid air. The hot water gets shocked by the cold air. It evaporates then condenses almost instantly forming a "cloud." Snow can even form with even colder conditions..