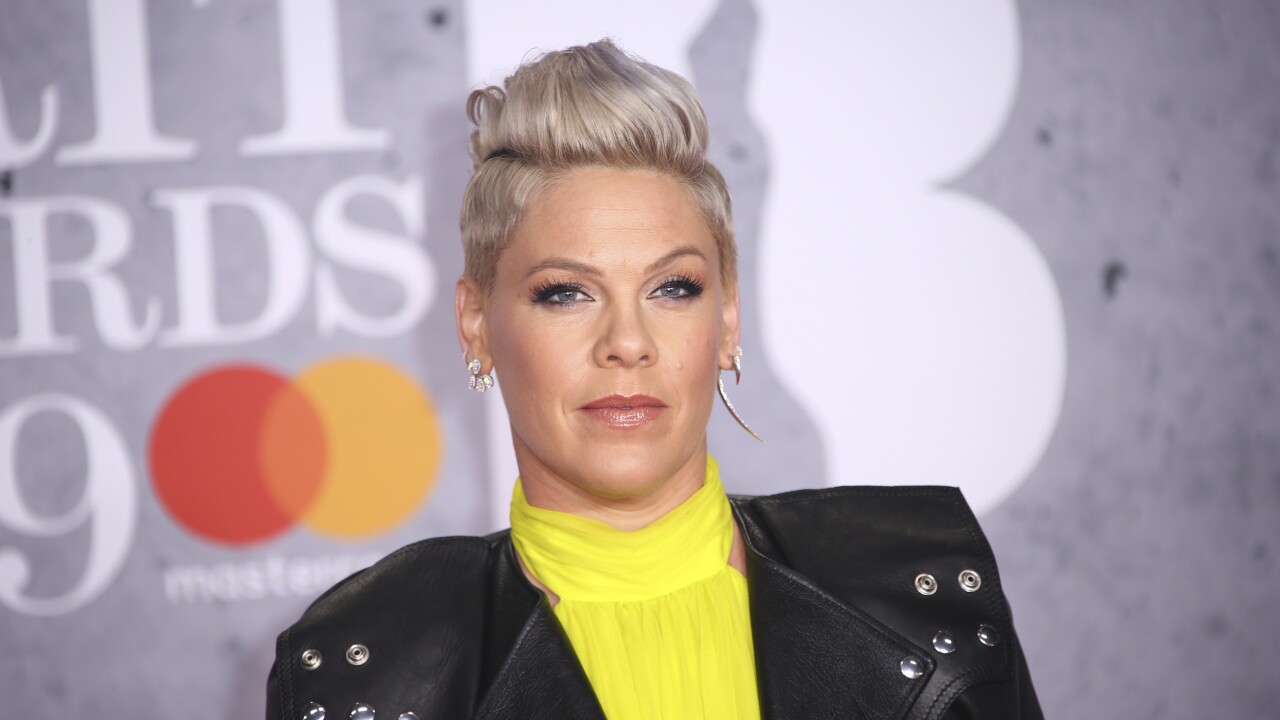 (NBC NEWS/TODAY) — Pink and her 3-year-old son, Jameson, are on the mend after showing symptoms of the new Coronavirus two weeks ago. The singer revealed she tested positive.

She wrote on Instagram that she was able to get tested after speaking with her primary care physician.

“Just a few days ago we were re-tested and are now thankfully negative,” she posted Friday night.

The “Just Give Me a Reason” singer added she is donating to two different COVID-19 emergency funds.

“It is an absolute travesty and failure of our government to not make testing more widely accessible,” she said. “This illness is serious and real. People need to know that the illness affects the young and old, healthy and unhealthy, rich and poor, and we must make testing free and more widely accessible to protect our children, our families, our friends and our communities.”

Testing for the new coronavirus has been sporadic at best, with early reports out of many hotspots asserting it was difficult to get tested — even in hard-hit areas like New York City and Los Angeles.

"The system is not really geared to what we need right now," Dr. Anthony Fauci, director of the National Institute of Allergy and Infectious Diseases, said in a House hearing on March 12. "That is a failing. Let's admit it."

"The idea of anybody getting it easily the way people in other countries are doing it, we're not set up for that," Fauci said at the time. "Do I think we should be? Yes. But we're not."

Coronavirus could be spread by breathing and talking, new reports suggestAPRIL 3, 202002:27President Donald Trump has said the United States has run more tests for the disease caused by the virus than any other country, but — as NBC News reports — it is important to note the U.S. is not testing the same share of its population as other countries, a key measure.

On March 31, the White House said there had been more than 1.1 million tests done in the U.S.; that's 1 in 297 people who are getting tested. By comparison, South Korea, had done 410,564 tests as of the same day. But South Korea has a population of 51 million people, which means they’re testing a much larger share of the population — 1 in every 124 people.

Pink is just one of the many celebrities who's tested positive for the virus, including Tom Hanks and Rita Wilson, as well as CNN anchors Chris Cuomo and Brooke Baldwin.

Pink ended her post on Friday by thanking the people working on the front lines.

“THANK YOU to all of our healthcare professionals and everyone in the world who are working so hard to protect our loved ones. You are our heroes!” she wrote. “These next two weeks are crucial: please stay home.”