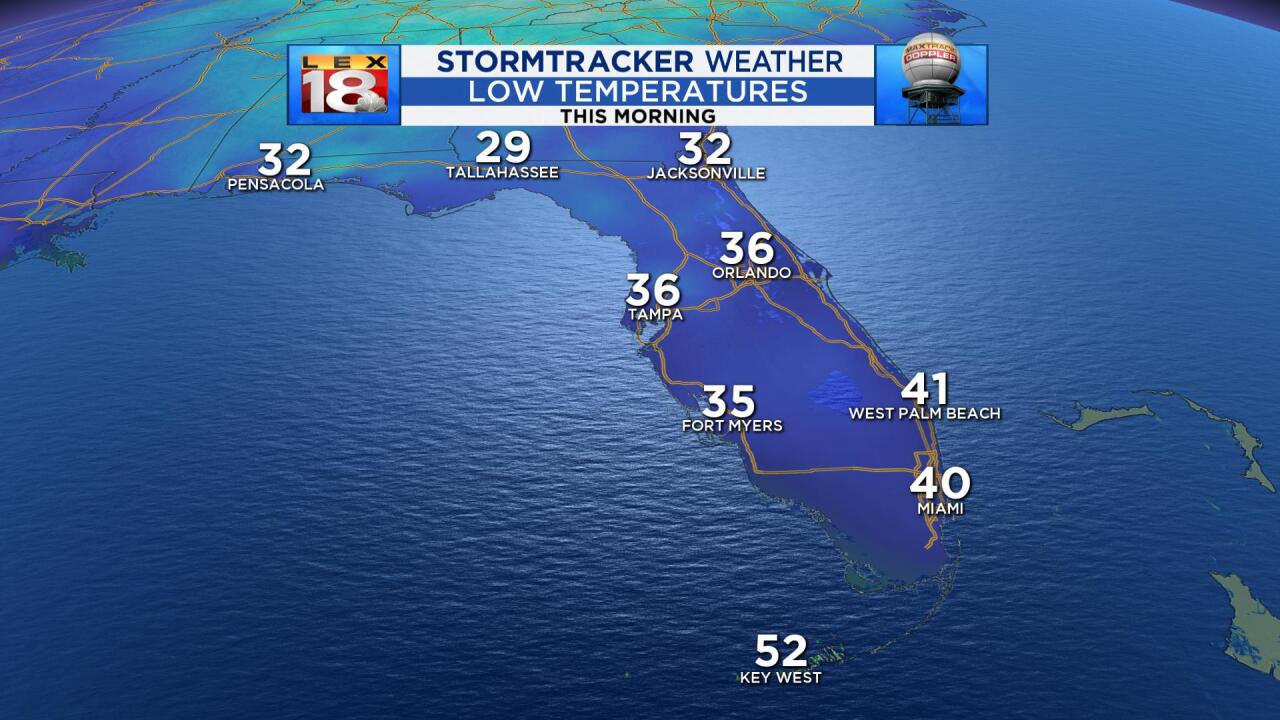 A pure Arctic air mass has been seeping southward over the past few days. Around the Bluegrass highs have been stuck in the 20s and 30s after starting off in the teens. And let's not forget about those biting wind chills in the single digits. Even the Sunshine State couldn't escape this blast from the Arctic.

The freezing line dipped into northern Florida overnight. It was warmer in Denver, Salt Lake City, and Seattle than Jacksonville this morning. Central Florida woke up to the mid 30s; some interior areas were in the mid 20s. It was the coldest morning since December 2010 for Miami when lows dipped into the mid 30s and the high only made it into the 50s. Miami started off at 40° with a wind chill near freezing today. Not cold enough for a record; that is 30° from 1985. However, the National Weather Service did issue an unusual warning, a "falling iguana warning" for this morning.

Jan 21 - This isn't something we usually forecast, but don't be surprised if you see Iguanas falling from the trees tonight as lows drop into the 30s and 40s. Brrrr! #flwx #miami pic.twitter.com/rsbzNMgO01

Iguanas are cold blooded. When temperatures drop below 40° or so, they become stunned by the cold. They may fall from trees, but they aren't dead. Once it warms back up, the iguana will re-animate and go back to normal.

Fortunately Floridians won't be in the "freezer" too much longer. In fact most of the country will be treated to milder temperatures through the end of the week. High temperatures will push 50° over the next two days locally. Two systems will combine across the middle of the country and start spreading rain and snow showers across the Midwest and Mississippi Valley. The "warmth" plus rain showers will work across Kentucky tomorrow and Friday. There is the potential on the tail end for some snow to mix with the rain Saturday as colder air, but still seasonal air, wraps in.