Pre-season for the tropics 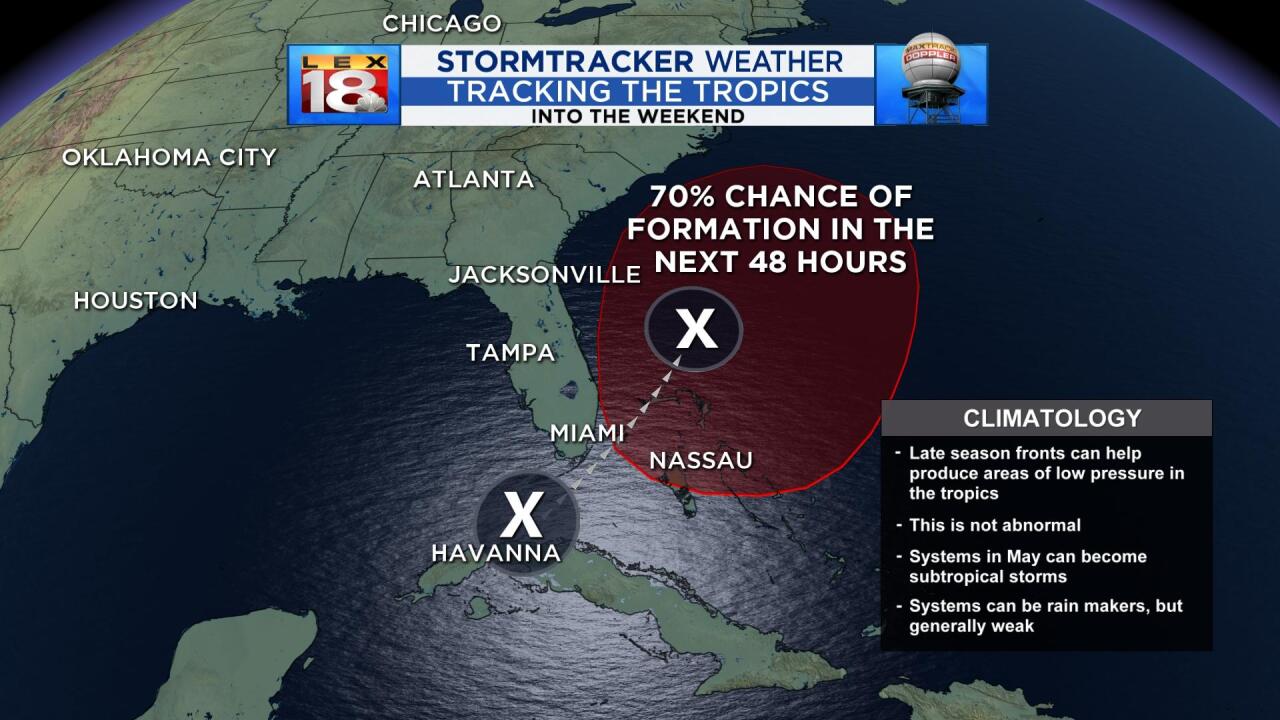 It's almost that time. The Atlantic hurricane season officially begins on June 1st. Activity might be off to an early start this year. It's not an unusual occurrence. It happened last year around this time with Subtropical Storm Andrea, which began as a broad upper-level low over Florida. The earliest tropical storm, in the modern era, to form in the Atlantic basin was Hurricane Alex, which meandered around Bermuda and the Azores between January 12 and 15, 2016.

The area of potential development will begin much like Andrea did last year. An upper-level system off Florida's east coast will spread tropical moisture across the peninsula on Friday. The heaviest rain will be over the Bahamas and parts of the northern Caribbean. The National Hurricane Center is giving this area a 70% chance of development over the next 48 hours as it moves northward, parallel to the Southeast coast.

Again, it is not unusual to see tropical development outside of the official hurricane season of June 1st to November 30th. Late season fronts can still reach Florida and help produce areas of low pressure in the tropics. These systems are usually rain makers and generally weak. May storms often become a subtropical storm, which is a hybrid between a tropical and an extratropical cyclone, which has a cold core and associated fronts.

If this area does develop into a tropical storm it would be called Arthur. The list of 2020 Atlantic hurricane season names are listed above. The last time we saw this list of names was in 2014, a season after which no names were retired.

NOAA will release it's official 2020 Atlantic Hurricane Season outlook next Thursday, May 21st.