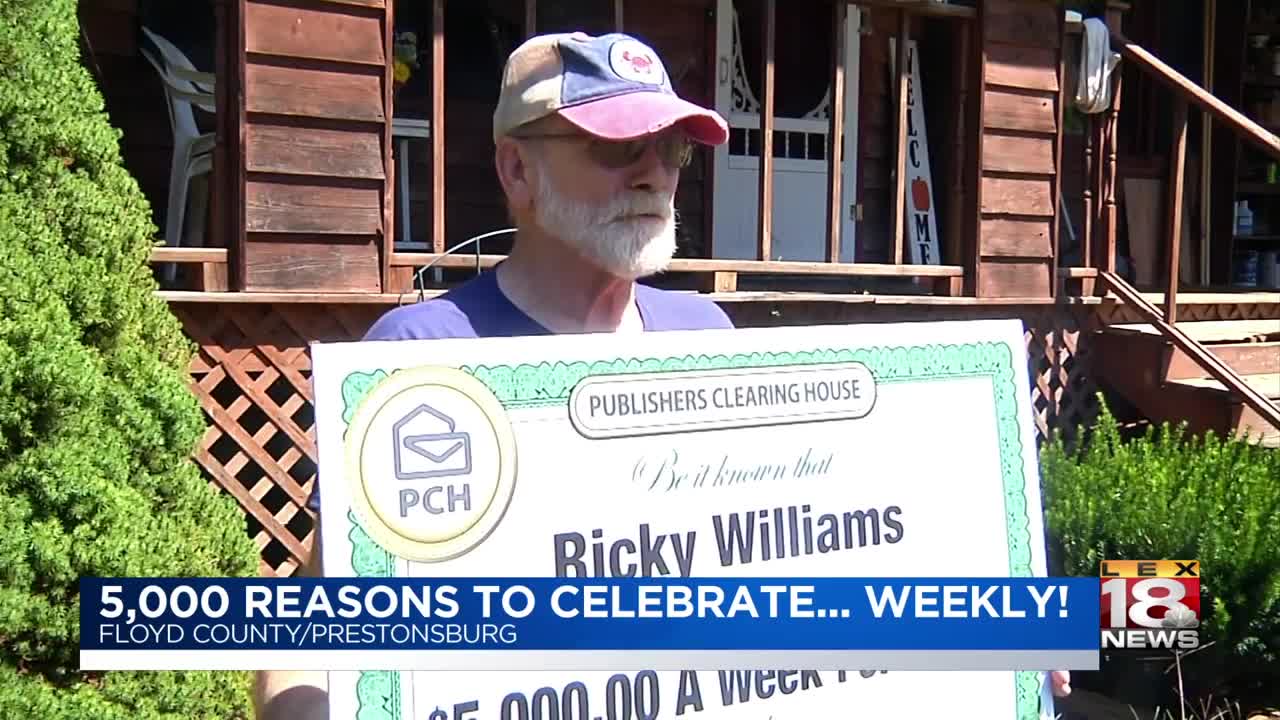 PRESTONSBURG, Ky. (LEX 18) — A lucky Prestonsburg man has won the Publishers Clearing House Sweepstakes, $5,000 a week for the rest of his life.

Ricky Williams, 65, has been playing the sweepstakes for about 15 years. He told LEX 18's Mike Valente that he has entered it hundreds of times, in fact, he was on the Publishers Clearing House website when their prize patrol pulled up.

"If you don't play, you can't win," said Williams.

All that playing paid off, and now, Williams will be paying off debt that he says has kept him bogged down for years.

"All kinds of things running through my head, all these things I'm gonna buy and pay and get all these debt collectors off me," he said.

Williams was a carpenter for 27 years, and he built his own home. Now, he is thinking that he'll buy another one and pay someone else to build it. First though, he decided he's going to take his family out to a nice dinner.