Racking up the records

This record heat has to end. 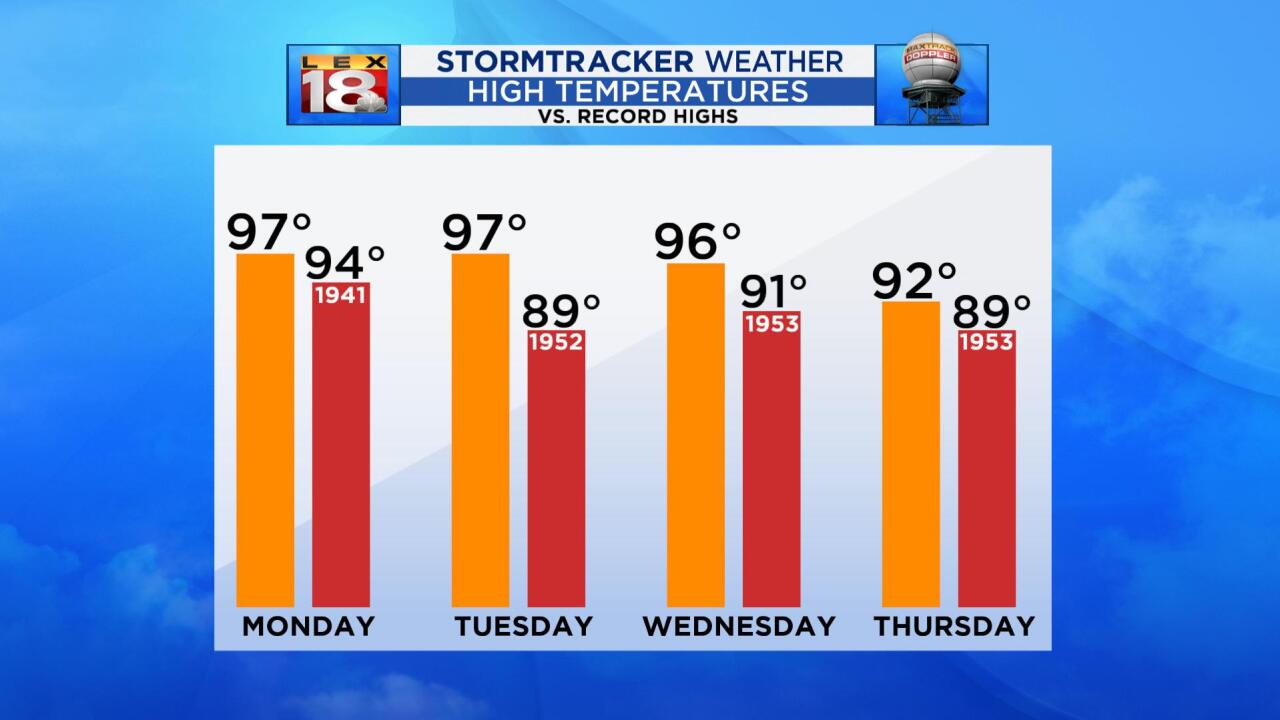 We have been racking up the records this week. Several daily record highs and warm minimums plus the all-time hottest October temperature have fallen. Yesterday was the warmest October day in Lexington with a temperature of 97°. The previous record was 93° set on October 6, 1941.

Today was two for two on new record temperatures. This morning's low was a degree warmer than last year's warm minimum temperature. The record high was broken at 1 PM. By late this afternoon the temperature soared to 96°. We likely came up just shy of the all-time hottest October temperature due to the wind.

Four more records could be broken or tied tomorrow. We are expecting a low in the upper 60s; the record high low in 70° from 1986. While it will be a "cooler" day with highs in the lower 90s, the record will be challenged for a fourth straight day. Lexington's record highs in 89° from 1953. The most 90°+ October days could also be tied. October 1939 had three days with highs in the 90s. That stat shows you just how rare this heat really is.

The final record that could be tied has to do with our dry spell. It has now been 36 days since the last measurable rainfall in Lexington. The 37th consecutive dry day tomorrow would tie a run of days in August and September 1908 for the longest dry stretch in Lexington. This record will eventually be broken. There's no rain in the forecast until Sunday.