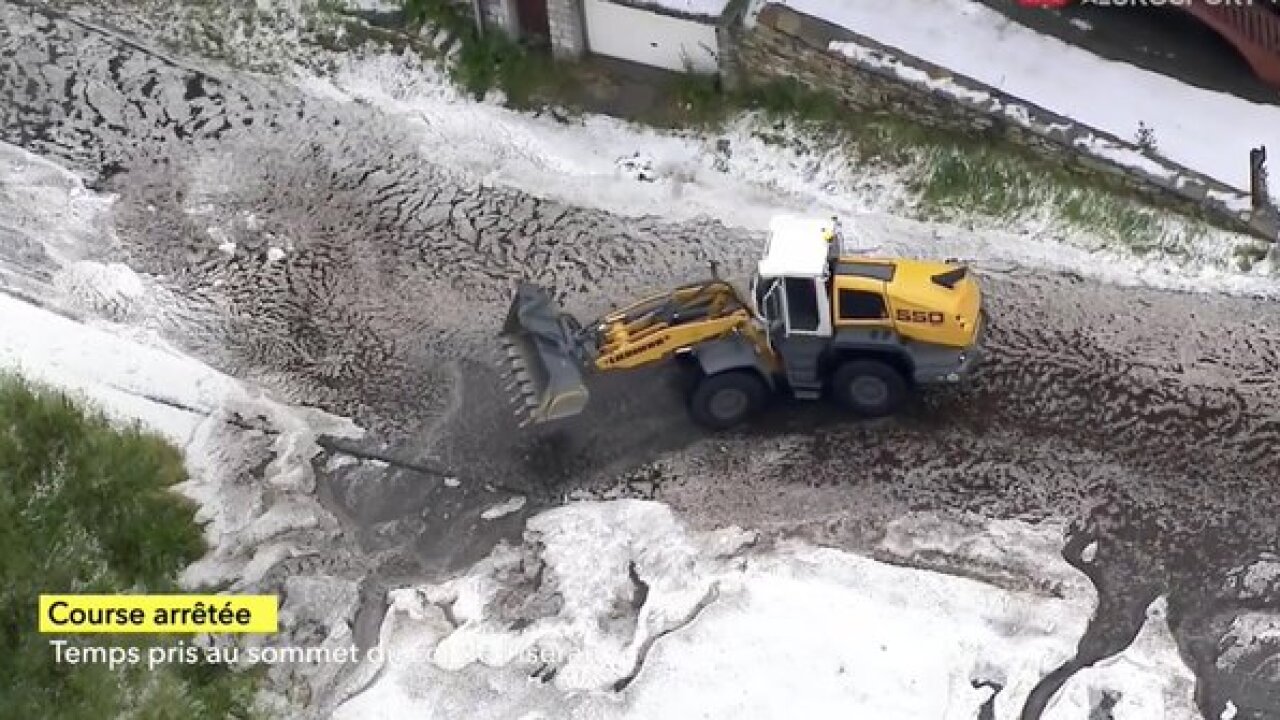 After record-setting heat across much of Europe last week, rain storms covered much of France. These strong thunderstorms brought torrents of rainfall, but also hail.

One storm in the French Alps Friday afternoon dropped heavy rain and abundant hail causing disruption to the Tour de France. Stage 19 of the race had to be ended due to rider safety as the route became too dangerous. Snow plows were brought in to clear the hail from the road.

Impossible conditions in the final part of the stage. The riders have stopped at Val d'Isère and will now head to the finish by car #TDF2019 pic.twitter.com/eynnwZIDzG

A wave of water also flowed across the route causing bikers and spectators to flee. Riders were just climbing over the highest elevation of the tour, Col d’Iseran, as the race was being halted.

Havoc at @LeTour. Landslide on the course is causing traffic to turn around. #TDF2019 pic.twitter.com/nKeoXxHIPt

The heat wave and subsequent cold front were responsible for the adverse weather. Strong thunderstorms set up along the front and had a lot of rain and hail to drop.